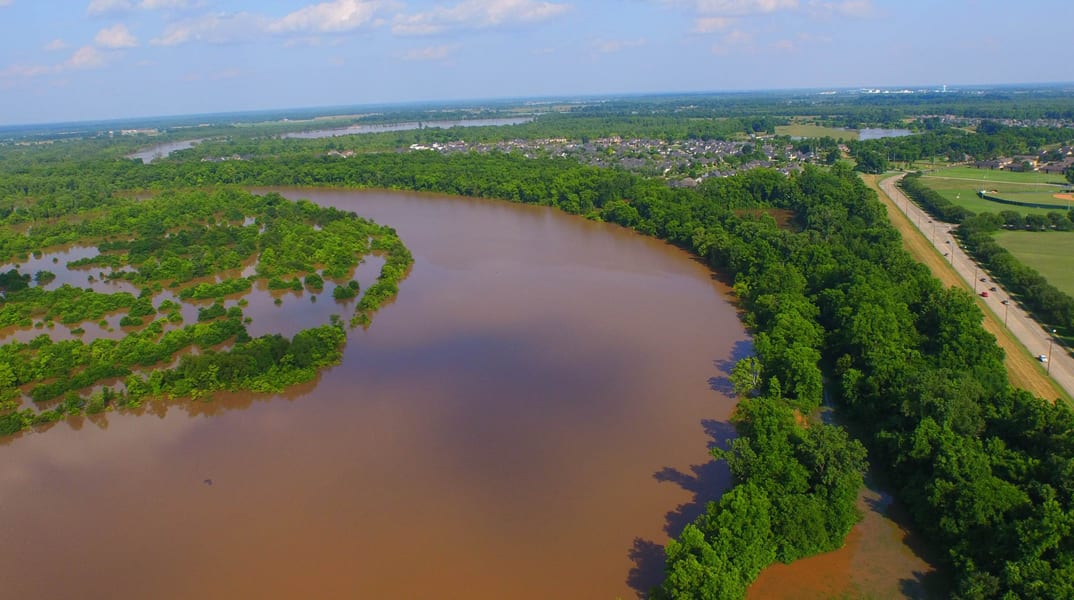 Bossier Parish Police Jury members agreed Wednesday to commit $50,000 as the parish’s share for participating in a feasibility study that could eventually result in a navigable Red River north into Arkansas, and more controllable water levels to help prevent flooding.

Parish Administrator Bill Altimus, Parish Engineer Butch Ford and other staff members attended a meeting this week where the possibility of providing access to the north by adding new lock and dam systems to the north of the I-220 bridge over the Red.

“Arkansas has long been interested in this for their own reasons and the state has been raising money on their own for Red River navigation into their state,” Altimus reported. “In the past the cost-benefit ratio hasn’t been favorable, but now the ratio is feasible.”

Altimus said officials at the meeting, which included those from Arkansas and the U.S. Corps of Engineers, have devised a plan for a $3 million study that can be approved and accepted by the Corps.

“Arkansas has agreed to put up half the money and to spend their money first,” he said. “They’re asking for commitments from local entities in this area to come up with the rest. Our share would be fifty thousand dollars but we would not have to come up with that until 2021.”

Others that will be asked to participate include Bossier City, Caddo Parish, Shreveport, the Red River Waterway Commission and the various levee boards in the area.

Altimus also pointed out that if the feasibility study runs more than the anticipated $3 million, Arkansas has agreed to pick up the difference. If the cost is less, the entities that participate will receive a prorated share of the difference.

Ford said construction of lock and dam systems on the northern stretch of the Red could go a long way toward controlling water levels that have been problems in the past.

“Since 2015 we’ve been trying to figure a way to fix the situation and a lock and dam would solve our problems,” he said. “Dredging won’t solve it because the river will silt in again. We won’t know the impact until the study is finished.”