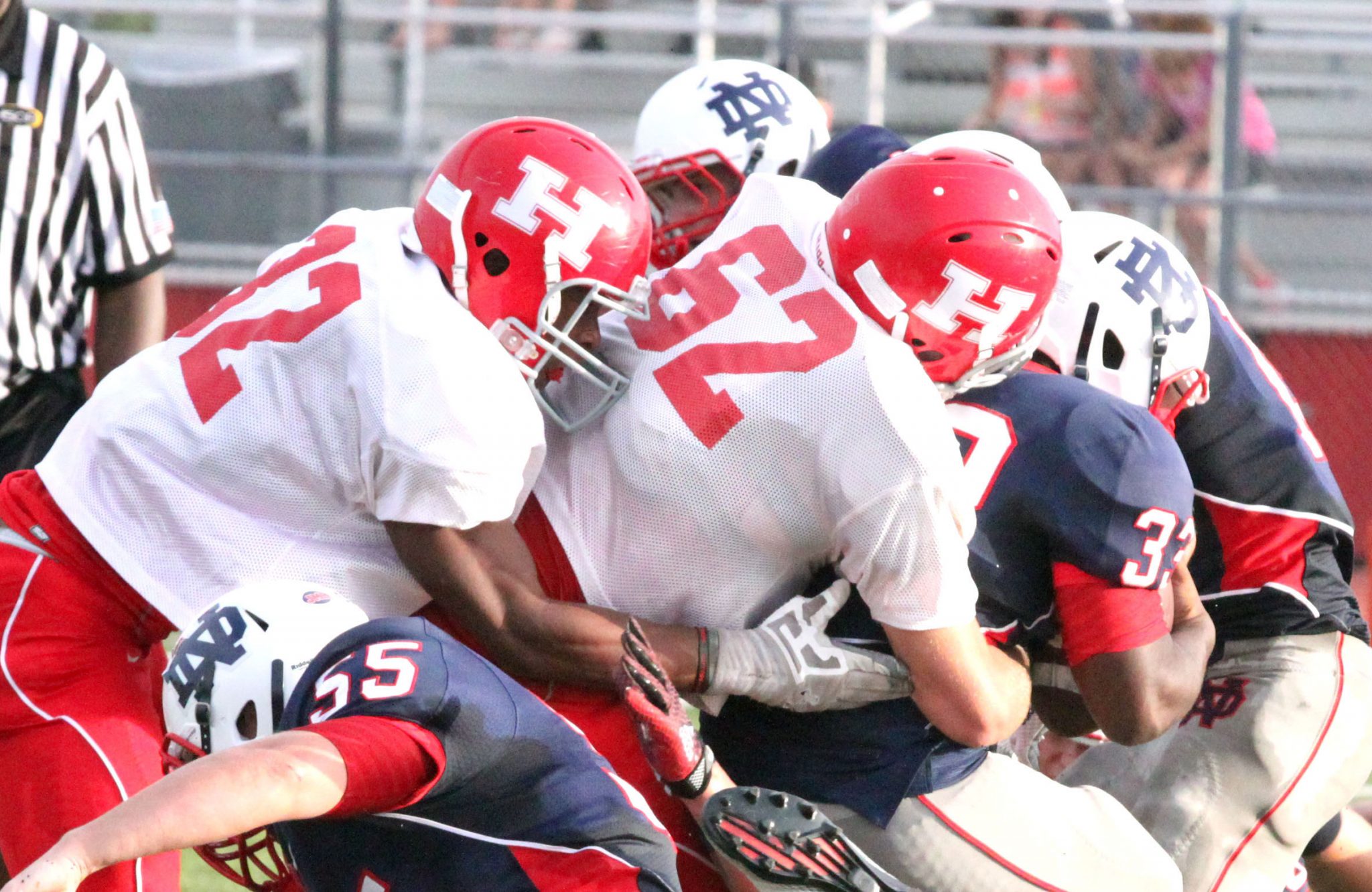 Every August, there are days that loom larger than others in preseason practice for high school football teams — first official day of practice, first day of practice in pads, scrimmage day and the jamboree.
Three of those are now in the books. Only one remains, the annual Bossier Parish Lions Club Jamboree Friday night at Airline Stadium.
While the official start of the regular season isn’t until next week, many fans consider the jamboree the real start of the season.
It’s always been called the “dress rehearsal” for the season.
The Bossier Bearkats and Plain Dealing Lions get things started at 6 p.m. followed by the Haughton Buccaneers vs. the Parkway Panthers at 7:25 and the Benton Tigers vs. the Airline Vikings at 9.
For coaches. it’s a chance to correct mistakes made at last week’s scrimmages and maybe take a last look at certain positions before the games start to really count.
For players, it’s an opportunity to showcase their talents before what will likely be one of the largest crowds of the season.
All six parish teams competed in scrimmages last week.
Bossier’s defense played well at times against Red River in their scrimmage at Bossier, but the Bearkats gave up several big plays.
The offense and new quarterback Keimun Daniels will look for improvement in the jamboree against Plain Dealing.
Plain Dealing coach Coy Brotherton said his team moved the ball well in its scrimmage against Fair Park, but the Lions’ only score came on an interception return by Herbert McCauley. Dropped passes was an issue, Brotherton said.
Keldrick Carper picked off two passes as the Lions defense had a strong outing.
Airline’s first-team offense scored four touchdowns against Ouachita. Noah Hildebrand tossed three TD passes. They went to Cameron Taylor, Harvey Calhoun and D’Juan Byrd. Darian Germany also scored a rushing TD.
Haughton’s offense, led by quarterback Will Haines, backs D’Kovin Ware and Kei’Untre Normandin, and receivers Josh Lister and Javonte Woodard, looked good against North DeSoto
The Bucs’ first-team score twice but could have had several more if not for dropped passes and a fumble at the goalline.
After giving up a 70-yard touchdown drive, the Haughton defense also played well.
Parkway took on perennial power West Monroe on the road and the Panthers more than held their own.
Parkway’s scored once in the controlled portion of the scrimmage and twice during a timed period won by the Panthers 15-7.
Benton scrimmaged Green Oaks and Wossman for 15-minute periods each at Northwood’s Jerry Burton Stadium.
The Benton first-team defense gave up a 75-yard touchdown pass to Green Oaks but otherwise shut down the Giants. The Tigers didn’t give up an offensive touchdown against Wossman.
The first-team offense started slowly against Green Oaks but got into a rhythm against Wossman.
Tyler Stephens caught a 13-yard tipped pass from new quarterback Christian Smith on the final play for Benton’s only TD against Green Oaks.
Smith threw a 20-yard touchdown pass to freshman Doyle Adams Jr. against Wossman.
Parkway coach David Feaster said running back/receiver William McKnight was impressive at West Monroe, breaking a long run and catching a touchdown pass from Keondre Wudtee.
“It was a good scrimmage,” Feaster said. “I don’t think any of us had major injuries, and I’m happy for that.”
If all six Bossier Parish head coaches can say that after Friday night, then they’ll consider it a successful jamboree.