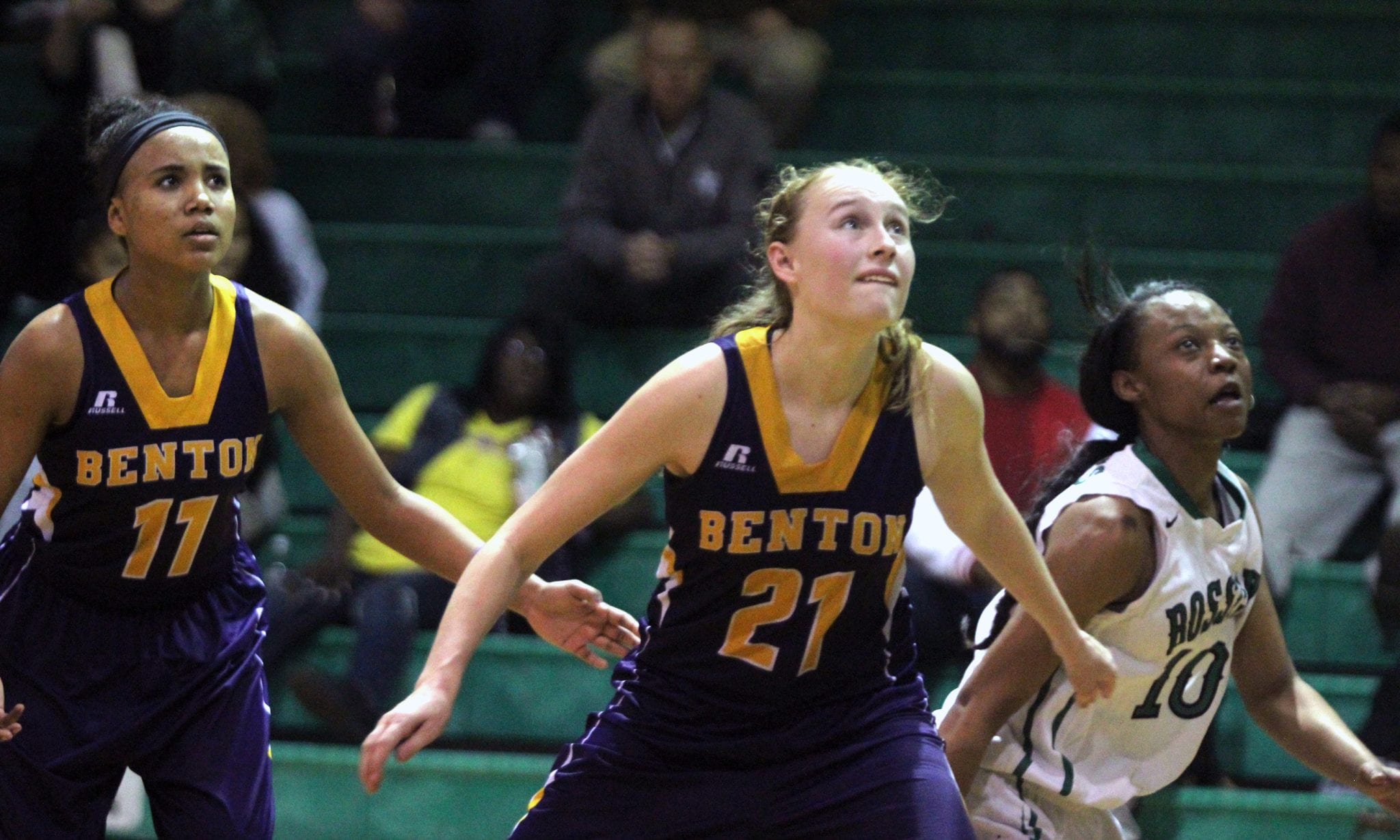 Benton rising junior Emily Ward and Plain Dealing rising senior Teunna Perry play for the Lightning. Ward was the MVP on the 2017 All-Parish team and Perry was a first-team selection.

The Lightning compete in several showcase tournaments during the summer. Lightning coach Kenny Carswell said the Frisco event is one of the toughest.

The Lightning won five games before falling to a team from Minnesota in the championship game.

“All in all, the girls played very tough throughout the weekend and left it all on the court, and I couldn’t be prouder of them,” Carswell said in an email message.

“Emily Ward had another solid all-around game performance throughout the weekend,” Carswell said.

The Lightning opened the tournament with a 55-27 victory over the Jets from Dallas. They followed that with a 52-25 win over a team from Memphis, Tenn.

The Lightning’s third opponent was a team from Denver that featured a 6-foot-1 player whom Carswell said was the first player in Denver high school girls basketball to dunk during a game.

The Lightning held her to six points and won 51-37.

In the quarterfinals, the Lightning pulled out a 51-49 victory over Dallas-based Triumph.

“This team was very fast and had crafty guards,” Carswell said. “The game was close throughout and a very tough battle.”

Carswell said a 58-40 victory over Platinum in the semifinals was the Lightning’s best game of the tournament.

The Minnesota Fury defeated the Lightning in the title game.

“We ran into a buzzsaw, a really good team that ran their offense to perfection with lots of ball movement, movement without the ball, and three-point shooting,” Carswell said.

“We, on the other hand, picked the wrong time to go cold shooting the ball and did not defend very well.  We were fighting an uphill battle the whole game and could never get their lead to single digits.  We lost by twenty, but the game was much closer than the score indicated.”

The Lightning’s final tournament of the summer is the Adidas Nationals July 27-29 in Atlanta.