Bossier Parish is entering the final phases of construction of a $55 million sewer system, complete with a state-of-the-art wastewater treatment plant, and the police jury wants to be sure that any future systems built in conjunction with developments come under parish governance.

Police Jury members Wednesday voted unanimously to approve an ordinance requiring any community type sewer systems built outside municipal limits in Bossier Parish to be governed and owned by the Consolidated Waterworks Sewerage District. The ordinance covers both commercial and residential systems. 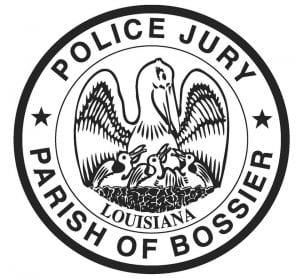 “Contractors will have to provide plans and specifications that meet DHH approval and pay a three percent inspection fee just like on subdivision streets,” said Butch Ford, Bossier Parish engineer. “Once a certification letter is received they will be required to have a 50-percent, two-year maintenance bond.”

Ford said the police jury will be responsible for operation and maintenance of the system and if a problem arises, the 50-percent bond will be called in.

“The systems will meet the 10-state standard which sets the bar for water and sewer in the United States. Everything goes through DHH and DEQ,” Ford pointed out.

Police jury members also agreed Wednesday to move two parish roads up by on the road overlay program for 2015 after learning that traffic counts had dramatically increased on both.

A 1.4-mile section of Swan Lake Rd from Airline Dr. to the Flat River bridge had been scheduled for 2016 while a .7-mile portion of Linton Rd. from Airline to Old Palmetto was due for resurfacing in 2017. Ford asked jurors to approve both for completion this year.

“We budgeted $2 million for the road program this year and we have used $1.6 million so we have the money to do this,” Ford said. “If we don’t fix these roads now we will spend the money patching them.”

In other action at Wednesday’s meeting, police jury members: