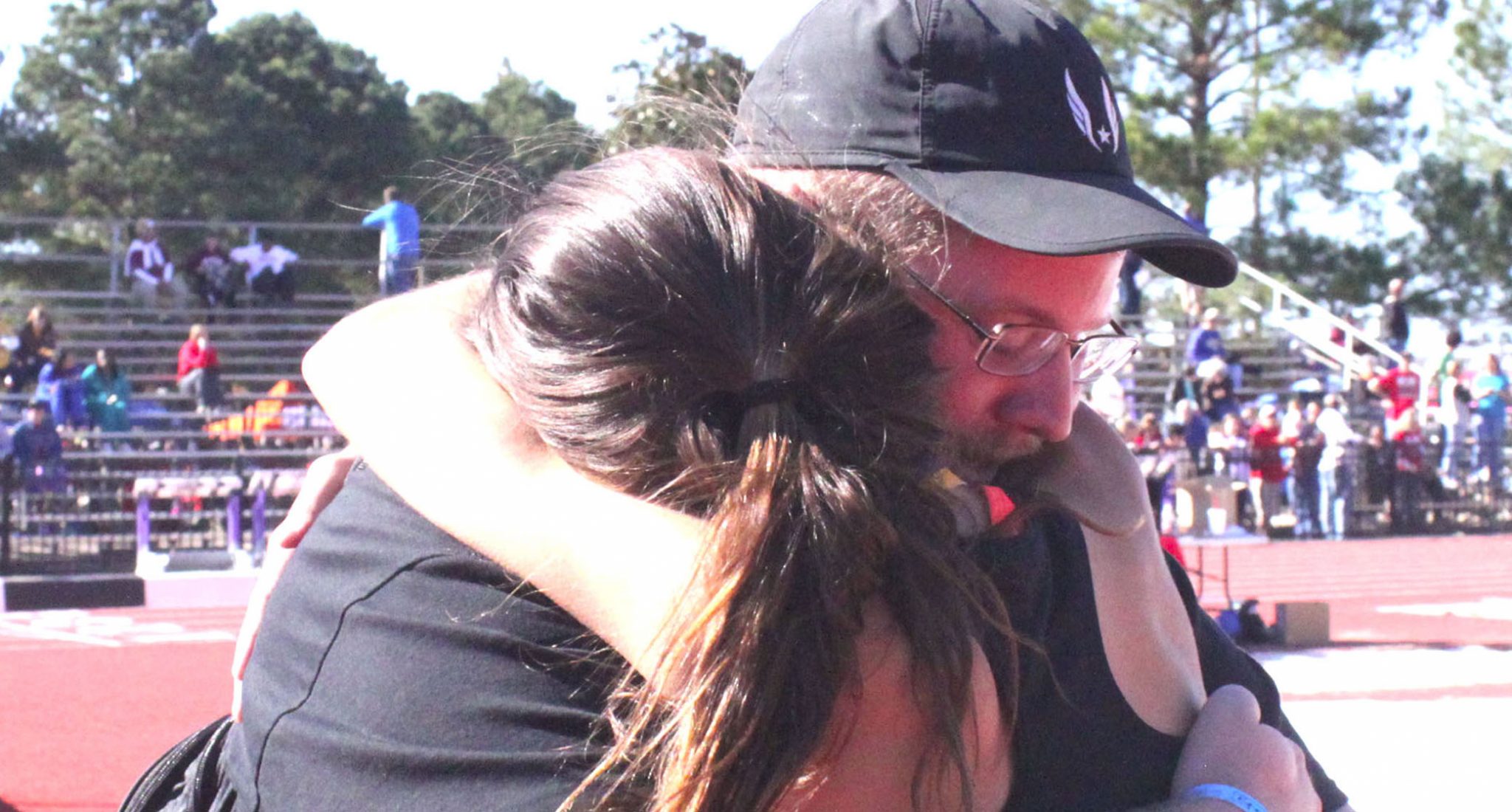 During Parkway’s celebration of its Class 5A girls cross country state championship last week in Natchitoches, Parkway coach Kent Falting and senior Alison Ringle hugged for a long time near the track where just a few minutes before Ringle had completed her final race.

Ringle had come to Natchitoches to win a state title after finishing runner-up twice in the last three years. She finished sixth after suffering from dehydration. But in the process she helped the Lady Panthers win the first girls team title in school history.

The hug was just one of many on the track’s infield between teammates and athletes and coaches. There were tears, too.

Some of it was simply emotion from winning the title. But for Ringle and four other Parkway seniors, this was the end of their cross country careers.

Yes, Ringle and some of the others will still be working with Falting for several more months during the indoor and outdoor track seasons.

But this was the end of the line as far as cross country is concerned.

Falting has worked with Ringle for four years. She, of course, has a lot of natural ability. But Falting helped turn her into an elite athlete that attracted the attention of major colleges. Earlier this month, she committed to Alabama.

Just observing that one hug, it was obvious to me how much Falting cares about Ringle and the rest of his athletes. And not just as athletes but as individuals with issues to deal with on and off the playing fields.

Coaches are sometimes stereotyped as martinets interested only in winning at all costs. But Bossier Parish is lucky to have dedicated coaches who care about their athletes, who don’t just look at them as a means to an end.

And trust me, coaches can have an enormous influence over a young person’s life. My dad was a coach for 30 years. It’s been almost 30 years since he coached his last game. But to this day people still come up to me and say how much he influenced their lives in a positive way.

I can’t pretend to know all the coaches in Bossier Parish well. Some I knew during my days at The Times before I started working here in 2010. Others I’ve met over the past three years.

I can honestly say that — at least through my observations — these men and women are some of the hardest working people I’ve been around.

And that includes at the middle school level. After a long day of teaching and all that goes with playing games, coaches have consistently sent me information on the games so their players can get just a little recognition.

It takes a lot of commitment to become a coach. Veteran coaches will tell you how they have had to miss their own kids’ youth games because they had to work.

Not only are the hours long, but there are sometimes angry parents to deal with who think their son or daughter isn’t getting enough playing time. There is also the disappointment of sometimes seeing the hard work you put in not pay off.

But the rewards can be endless. It must be immensely satisfying to see someone you’ve worked with succeed. And not just on the level as someone like Ringle. There are dozens of high school athletes where success comes in small increments. These aren’t the ones that make headlines.

But they are the ones who might look back one day and say, “Thanks, coach, for caring.”