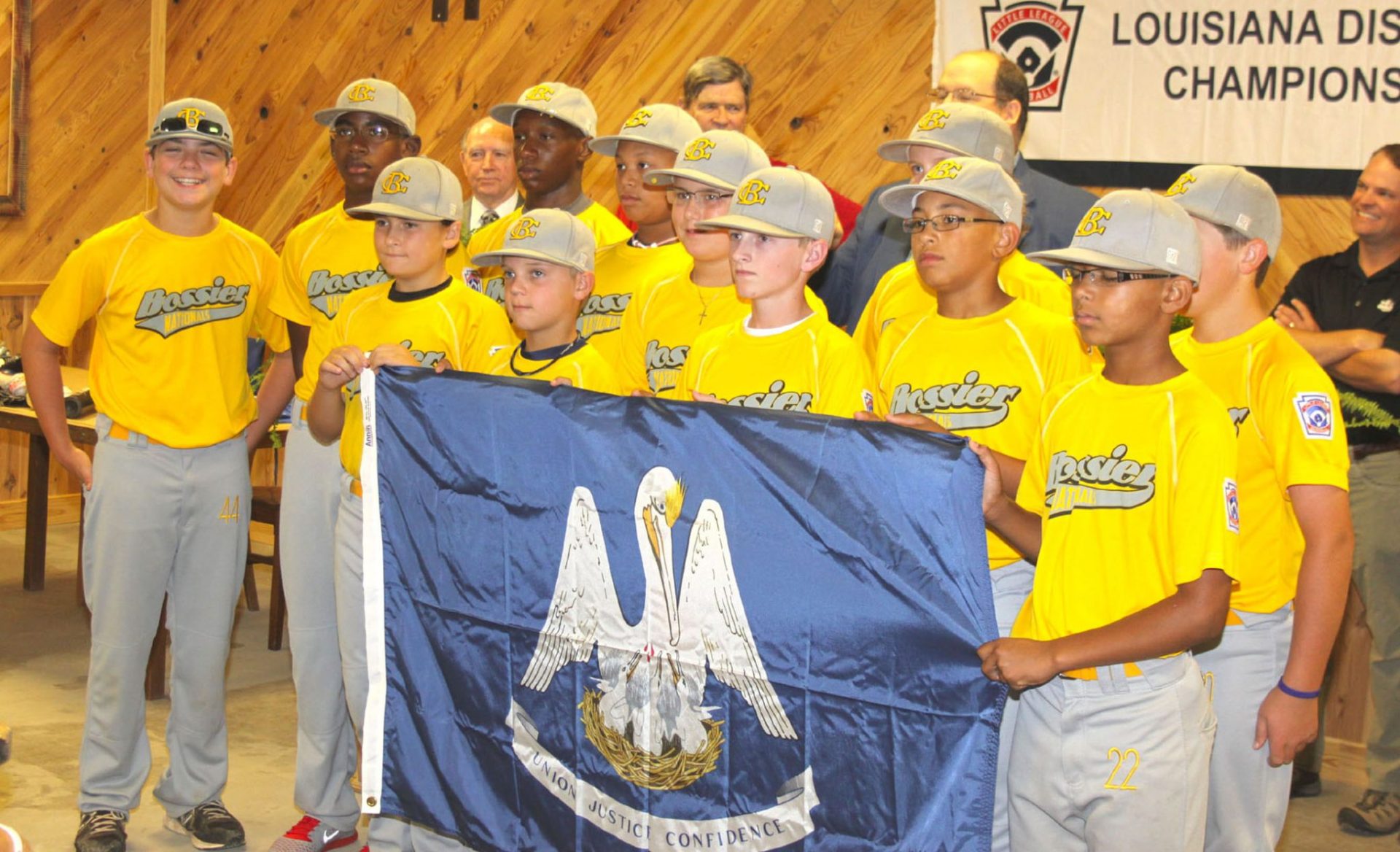 The Nationals and Texas East are in Pool “A” with Mississippi and Texas West. Pool “B” teams are Oklahoma, Colorado, Arkansas and New Mexico.

The top two teams in each division advance to Tuesday’s semifinals, which will be broadcast on ESPN2.

The Nationals are believed to be the first team from Bossier Parish in 40 years to win the Little League 11-12 state title and play in a regional.

The regional champion advances to the Little League World Series later this month in Williamsport, Pa.

The Bossier All-Stars open play against host Seneca, S.C., in the first round of the Dixie Boys (14s) World Series on Saturday at 7 p.m.

The double-elimination tournament features 12 teams from 11 Southern states and Texas.

Two other parish teams — the Haughton All-Stars and the Benton All-Stars — are playing in Dixie World Series tournaments in Laurel, Miss.

Haughton plays South Carolina in a first-round game of the O-Zone (11-12) World Series on Saturday at 5:30 p.m.

Benton faces Tennessee at 7:30 p.m. Saturday in a first-round game of the AAA (10s) World Series.