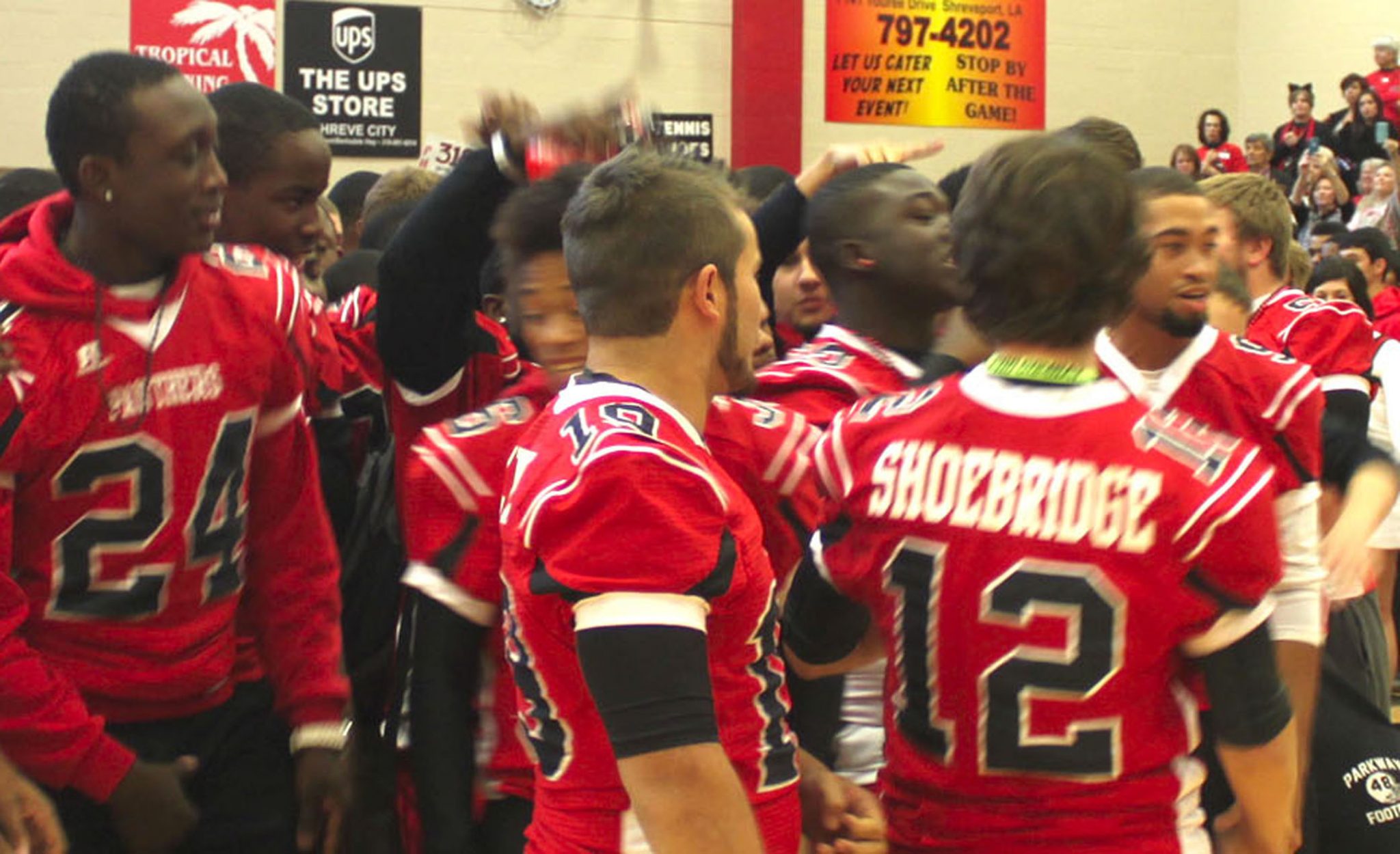 For the Parkway Panthers, it 13-and-oh, one more to go.

The Panthers will try to complete an unlikely run through the Class 5A playoffs Saturday night when they face a tough Acadiana team in the state championship game in the Mercedes-Benz Superdome.

Unlikely not because the Panthers aren’t good enough to win it all. Unlikely because Parkway had to play all four of its playoff games on the road because of LHSAA sanctions that resulted from an incident before the Panthers’ 2012 first-round game against Live Oak at Preston Crownover Stadium.

While I can’t say for sure, it’s also unlikely that any team has had to win all four games on the road to reach the Dome.

So regardless of what happens Saturday night, it’s been an historic and special season for Parkway.

It’s been mentioned many times in this paper and other media, but it bears mentioning again. Parkway is the first Bossier Parish team to play in an LHSAA state championship in the Dome and the first to reach a title game since Haughton did it in 1978.

Much of Parkway’s success has been credited to All-Everything quarterback Brandon Harris and for good reason. Harris has accounted for more than 1,200 yards rushing and passing in the playoffs alone.

But he would be the first to say it’s been a team effort.

McKnight, McAtee and Stacy McCray along with reserve Kei’Untre Nordmandin can also run the football.

Of course, they couldn’t do what they do without the offensive line. The tackles are Kameron Eloph and Donald Treglia. The center is Terrell Grimsley.

While Parkway’s defense hasn’t received as much acclaim as the offense, it has nonetheless been a key factor in the team’s success.

Last week, the Panthers pitched a shutout in the second half of their 28-27 semifinal victory over Covington. The defense has forced 41 turnovers, an average of 3.15 per game.

Parkway has 35 seniors, and I’ve watched most of them play freshman, JV and varsity ball the last four years.

For the majority, Saturday’s game will be last football game they’ll ever play. I’ll be pulling for them Saturday.

But win or lose, all the Panthers deserve to take a bow. It’s been quite a run.