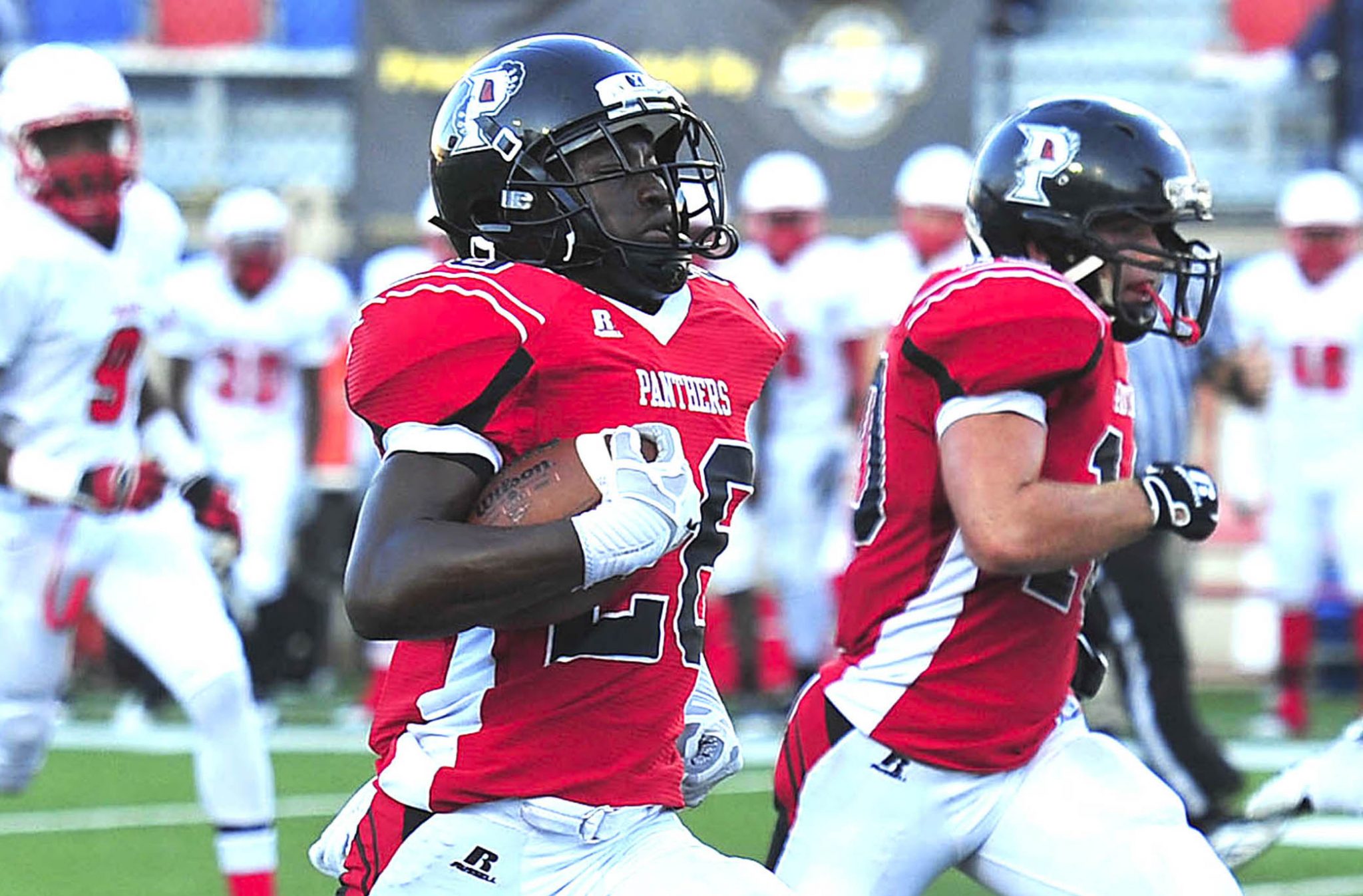 The Parkway Panther participated in the Landers Dodge Battle on the Border for the first time Saturday at Independence Stadium.

Parkway’s battle against the Marshall Mavericks was one-sided to say the least.

The Panthers jumped on the Mavericks from the get-go and cruised to a 62-19 victory.

“Once again, it went a little easier than expected,” said Parkway coach David Feaster, whose team has scored 117 points in two games. “I think the crowd had a lot to do with it. They didn’t bring a lot of people from Marshall, and we had a good crowd. Not our best student section but overall a good crowd.”

The tables will be turned the next two weeks as Parkway goes on the road to Arkansas High (Texarkana) and Bastrop.

“One of the things we’re looking for in the next two weeks is how we’re going to play in a hostile environment,” Feaster said.

In Saturday’s game, Parkway scored three touchdowns in the first quarter and three in the second en route to a 42-7 halftime lead. Marshall’s only touchdown came on a kickoff return after the Panthers’ final TD.

Brandon Harris completed 12 of 18 passes for 219 yards and two touchdowns in a little more than a half of work.

Harris also rushed for 64 yards on five carries and scored touchdowns on runs of 19 and 17 yards.

Backup Keondre Wudtee completed six of eight passes for 128 yards and a touchdown.

Stacy McCray led the Panthers on the ground with 48 yards on nine carries. William McKnight rushed for 38 yards and Demetrius McAtee had 35. McAtee scored on a 27-yard run. Backup Jared Hamilton had a 7-yard touchdown run.

Five Panthers had at least 52 yards receiving. Brodrick Jefferson led the way with five catches for 79 yards. Cory Hamilton had five for 64, and McAtee had three for 52.

William McKnight had two for 61, including a 45-yard TD. Backup Deonte Hawkins’ lone reception was a 57-yard touchdown grab.

Feaster was especially pleased with the way Hamilton and McCray stepped up their play from Week 1.

“Cory Hamilton caught every ball thrown his way,” Feaster said. “Stacy McCray did a real good job of running. He gave us an inside running game that we hadn’t had that much of before.”