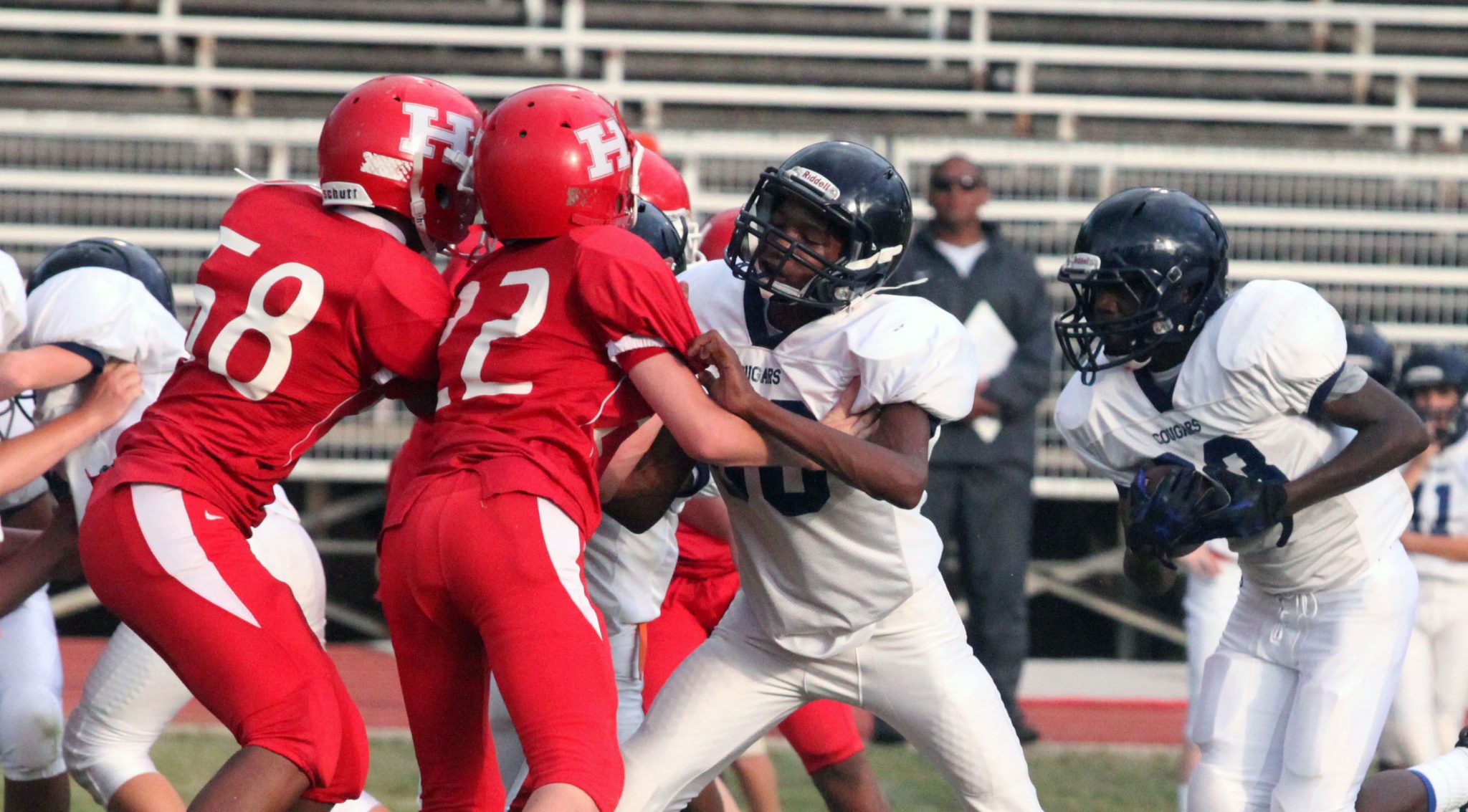 “I certainly hope this doesn’t turn out to be their last time on this field, but if it is they went out in style,” he said after the Panthers defeated Bossier Parish rival Haughton 57-28 Thursday night at Preston Crownover Stadium.

The Panthers won one day after the LHSAA ruled that a backup freshman player was ineligible. If Parkway doesn’t get the ruling overturned on appeal at a Wednesday hearing in Baton Rouge, it will be forced to forfeit five games and won’t qualify for the playoffs.

But all that was put on the backburner Thursday. Because it was Parkway’s final home regular-season game, it was Senior Night.

The Panthers warmed up and then went back into the locker room where they found a surprise waiting for them — camo game jerseys with Louisiana on the front and National Guard on the back where the player’s name usually goes.

Parkway improved to 7-2 overall and 3-1 in District 1-5A. The Panthers close out the regular season a week from Friday against Airline.

The Bucs got the first big break of the game. Parkway forced a punt on Haughton’s first possession. The ball hit a Panther and the Bucs recovered at the Parkway 13. But on the next play, Kyle Still forced a fumble and Kyler Marrus recovered.

Parkway moved the ball to midfield, but Haughton made a stop on fourth-and-6. On the Bucs’ first play, Robert McKnight forced a fumble. Juwon Johnson scooped it up and returned it to the Haughton 36.

The Panthers proceeded to score three more touchdowns before Haughton got on the board on a spectacular 60-yard catch-and-run by Javonte Woodard. They led 28-7 early in the second quarter.

Haughton’s offense got rolling in the second quarter, but the Bucs couldn’t stop the Panthers, who led 50-21 at the half.

Wudtee had a phenomenal game. The junior quarterback completed 18 of 21 passes for 371 yards and five touchdowns.

Demetrius McAtee, who made made seven PATs, rushed for 62 yards on seven carries and scored on a 3-yard run.

Artavious Lynn didn’t score, but he set up several TDs with catches. He finished with five for 105 yards. Lancaster had five catches for 104 yards and CJ Morgan had three for 66.

The Panthers rolled up 562 total yards.

Haughton had 451 total yards with most of that coming in the second quarter. Will Haines completed 13 of 19 passes for 210 yards and two touchdowns. He also rushed for 93 yards on 13 carries and scored on a 13-yard run.

Woodard had four catches for 136 yards. Antonio Woodfork caught five passes for 56 yards, including a 3-yard touchdown. Backup QB Darius Brooks rushed for 56 yards and scored on a 6-yard run,