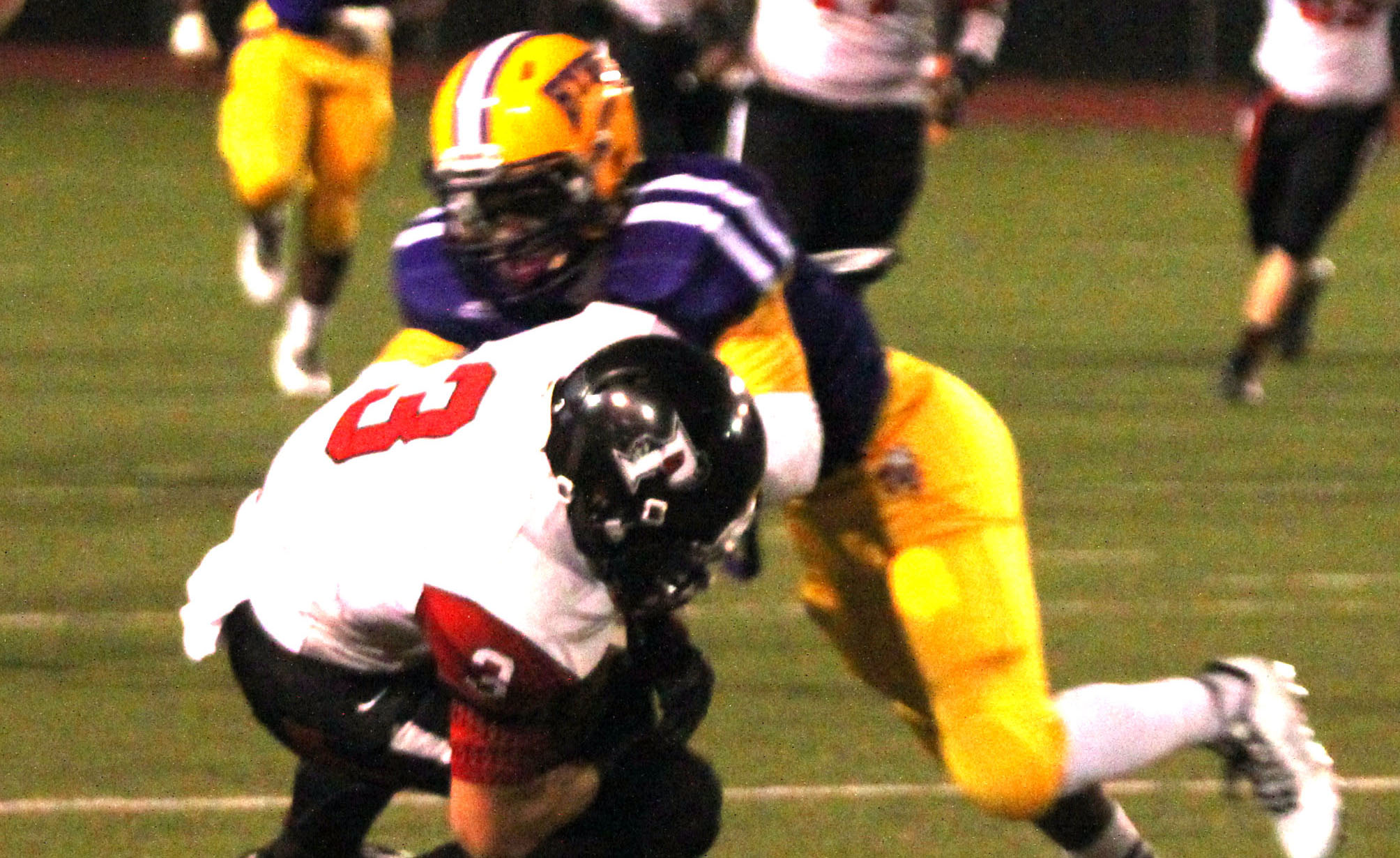 The Byrd Yellow Jackets are not known as a passing team, but it was a pass that did in the Parkway Panthers Thursday night at Lee Hedges Stadium.

Byrd’s Deuce Caston completed a 52-yard touchdown pass to Sahil Dhawan with 43.9 seconds left in the game to tie it. The Jackets then went on to win the District 1-5A showdown 24-17 in overtime.

The catch was Dhawan’s first all season. An option team, Byrd had attempted only 22 passes in their previous seven games, completing 13. Caston was five of nine for 98 yards Thursday.

Byrd went on offense first in the overtime and Caston quickly scored on a run around left end. The PAT made it 24-17.

Parkway gained a couple of yards on first down and then threw three straight incompletions. The fourth-down pass was almost caught for a TD.

The Panthers saw their six-game winning streak come to an end before a large and enthusiastic crowd.

The game featured two outstanding defensive performances. The Panthers did an effective job of slowing down Byrd’s running attack. While Parkway quarterback Keondre Wudtee threw the ball well all night, the Jackets also came up with some big stops.

Both teams sustained one good drive in a first half that finished tied at 3. Demetrius kicked a 25-yard field goal for Parkway.

Parkway took a 9-3 lead in the third quarter on a 25-yard pass from Wudtee to Stacy McCray. The PAT snap was botched and a desperation pass failed.

Parkway had a chance to extend the lead in the third quarter, but the Panthers fumbled the ball away at the Jackets 7.

After a Parkway fake punt came up just short of a first down, Byrd’s Dominic Haggerty broke a big run down the left sideline to the Panthers 28. The Jackets scored a few plays later on a 5-yard run up the middle. The extra point made it 10-9 with 4:41 left in the game.

The Panthers then marched 78 yards for the go-ahead touchdown. Wudtee made a great play on fourth-and-2, spinning away from a couple of Yellow Jackets and scrambling for a first down.

Robert McKnight had a 26-yard run on the drive. The Panthers also overcame an unsportmanslike conduct penalty at the end of a 21-yard reverse.

Wudtee hit Jared Lancaster for 12 yards and the touchdown. A two-point conversion pass to McKnight made it 17-10 with 1:53 left.

That set up the touchdown pass. Dhawan ran a post pattern and Caston hit him with a perfect throw.