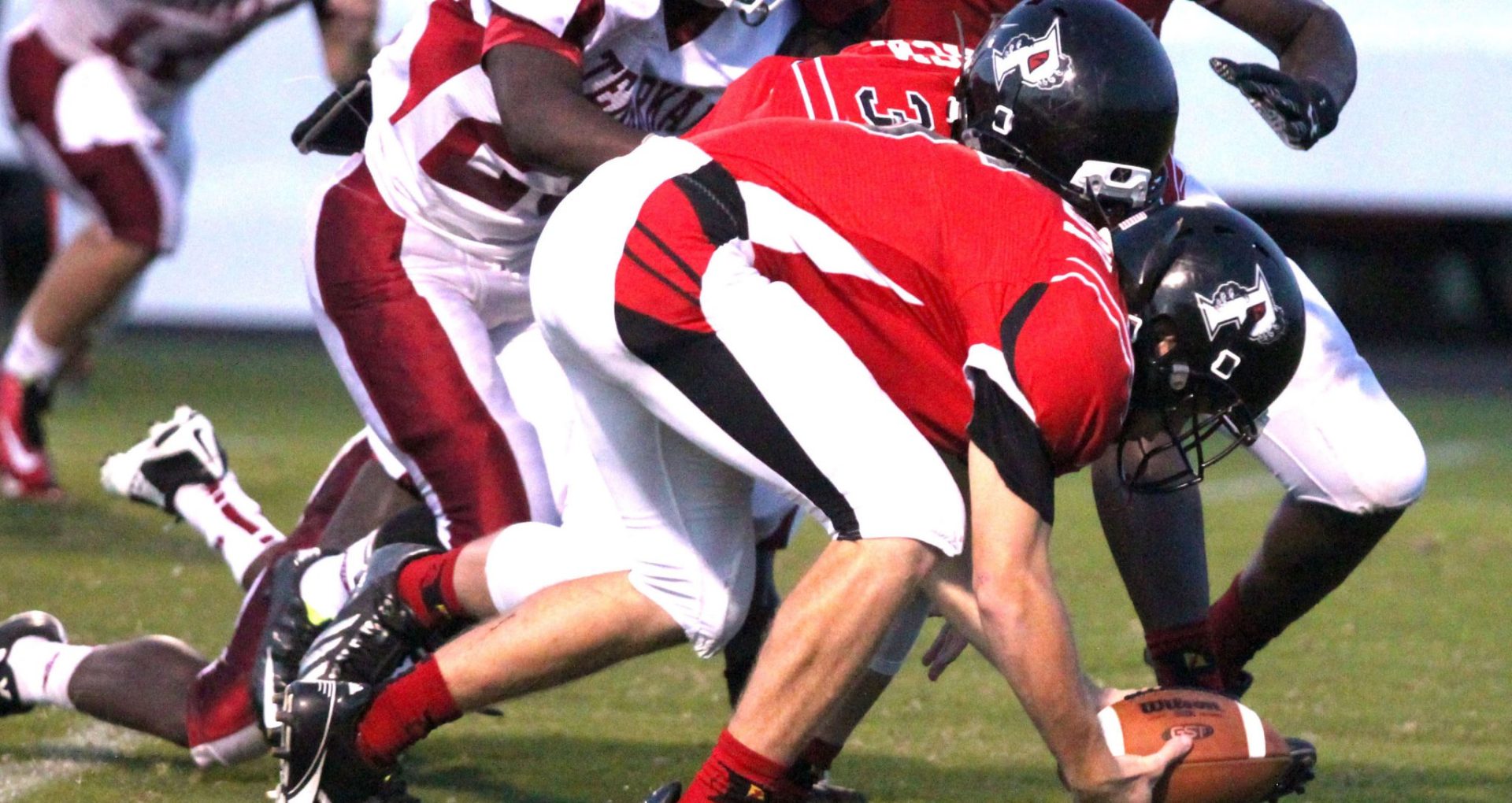 It took them a little while to get going, but once they did there was no stopping the Parkway Panthers Friday night against the Arkansas High Razorbacks at Preston Crownover Stadium.

After allowing an early touchdown, the Panthers scored 41 straight points en route to a 41-14 non-district victory.

Parkway improved to 2-1, and Arkansas High dropped to 2-1.

Parkway’s offense came up empty on its first three offensive possessions of the game. On the third, Demetrius McAtee’s 23-yard field goal was blocked. McAtee got the Panthers in position for the score with a 12-yard run and a 27-yard catch-and-run.

Parkway coach David Feaster was at a bit of a loss to explain the slow start.

“I’ve got to get to know my players better and try to understand why,” he said. “We weren’t playing that fast. … We had a great crowd. It was great to be at home. I was excited about it. I thought they would be all fired up and playing extremely fast. I thought we played very slow and once we started I thought we played great.”

The Panthers finally got rolling after Hunter Huckaby scooped up a fumble and returned it to the Razorbacks 6. One play later, Stacy McCray scored on a 3-yard run and McAtee tied it with the first of his five PATs.

The Panthers blew the game open in the second quarter with four TDs. William McKnight scored on runs of 1 and 11 yards. Keondre Wudtee passed for touchdowns of 46 yards to McCray and 19 to McAtee.

On the pass to McCray, it looked like Wudtee was going to run. But he threw a short pass to McCray who raced down the visitors’ sideline chased by a defender and dove into the end zone.

“We just have too many playmakers,” Feaster said. “Our offensive line did a good job tonight to give (Wudtee) time to throw, and even with they brought a blitzer Wudtee was able to dodge him. And if you give Wudtee time to throw with all the weapons we have that’s going to be really tough to stop.”

The second half went quickly went a mostly running clock. Wudtee didn’t play in the second half. McKnight came in and threw a 9-yard touchdown pass to Artavious Lynn.

Wudtee threw five straight incompletions to start the game, including an interception on the first play. He finished 7 of 18 for 163 yards.

Lynn had three catches for 65 yards, including a 38-yarder that put Parkway in scoring position. McAtee caught two for 46. Jared Lancaster had just two catches for 14 yards, but one on a fourth-and-11 kept a touchdown drive alive.

McAtee led the Panthers on the ground with 47 yards on four carries, including a 29-yard run. McCray had two carries for 33 yards, including a 30-yard run.

Arkansas High’s defense didn’t threaten against Parkway’s first-team defense after the opening drive. Juwon Johnson and Peyton Bush had one interception each.

“That’s two straight weeks that our defense played great,” Feaster said. “I didn’t think we tackled great that first drive, but after that, it was all over — very physical, very fast to the ball and all that. And that’s what we have to have.”

Samaj Tarver led the Panthers with six tackles. Kyle Still and Dante Williams had five each. Huckaby, Johnson, Mikel Smith and Micah Wager were in on four apiece.

“I’m so happy with our special teams, the way we’re kicking off now to the 3-yard line,” Feaster said. “McAtee’s solid on the extra points. The snaps improved as the game went along. Our punt team was great. It was great to have all those special teams right because we’re going to need those down the road.