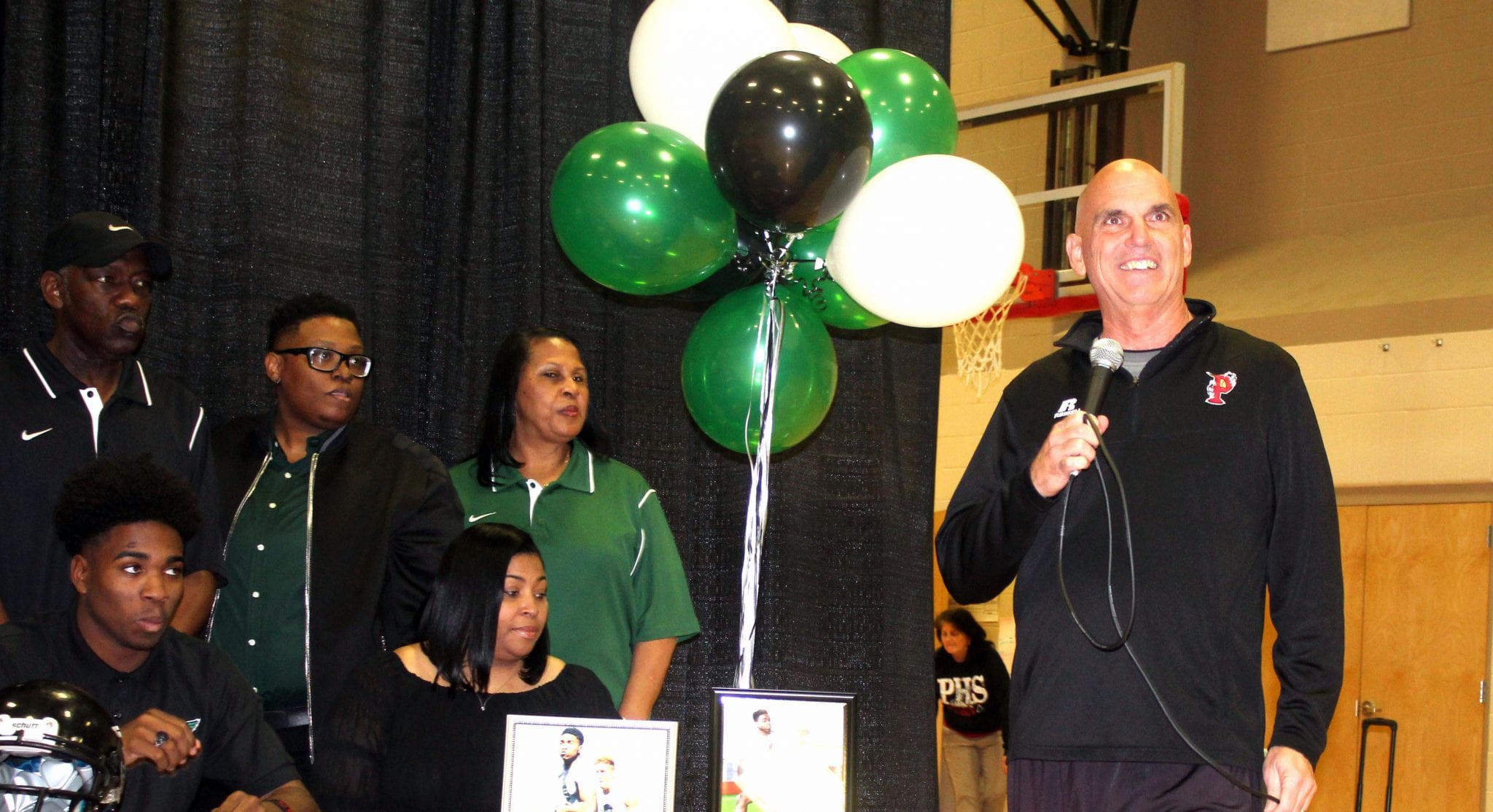 David Feaster is no longer the head football coach at Parkway High School.

“David Feaster was relieved today of his coaching duties at Parkway High School,” Bossier Parish Schools Superintendent Scott Smith said in a school board release today. “Coaches work at the pleasure of the principal and it was the decision of the administration to make a change in Parkway’s football program and go in a different direction. This does not affect Mr. Feaster’s duties as a math and P.E. teacher with Bossier Parish Schools. That remains unchanged.”

Parkway first-year principal Waylon Bates issued the following statement through the school board.

“Coach Feaster and I do not share the same philosophy or vision for Parkway High School athletics.”

As far as the future of the program is concerned, Smith said: ““The next step is for Parkway’s administration to develop a strategy and timeline to find the best candidate to lead the school’s football program forward.”

Feaster completed his sixth season as head football coach in November. The Panthers went 11-2, losing to eventual state champion Landry-Walker 61-21 in the quarterfinals of the Class 5A playoffs.

Parkway’s only other loss was to Division I state champion Evangel.

In six seasons as head coach beginning in 2011, Feaster had unprecedented success. His on the field record was 64-12, an average of more than 10 wins a year.

In 2013, Parkway went undefeated in the regular season and became the first Bossier Parish school to play for a state championship in the Mercedes-Benz Superdome. The Panthers lost to Acadiana 77-41 in the Class 5A title game.

In 2014, the LHSAA ruled that Parkway used an ineligible player, a backup quarterback, in five games. Parkway had to forfeit those games and was forced to sit out the playoffs.

Earlier this week, Feaster said Alabama was not allowed on the Parkway campus to recruit in an interview with Baton Rouge radio station 104.5 FM. The story was picked up by several national news outlets, including Sports Illustrated, USA Today and Bleacher Report.

“LSU’s welcome in my school anytime,” he said in the interview. “The only school that can’t come to Parkway is Alabama. And there’s a long story behind that, but it had to do with not being ethical in their recruiting.
“They can’t come. Everyone else is 100 percent welcome.”

Feaster said the ban stemmed from Alabama’s recruitment of former Parkway star Brandon Harris in 2012 and 2013. Harris signed with LSU but is transferring after three seasons.

Twitter reaction was swift from current and former Parkway players regarding Feaster’s dismissal.

Chase Hill, a senior receiver on the 2016 team, posted, “Coach feaster is one of the greatest coaches I’ve ever had the privilege to play with. BIG MISTAKE!!”

Terrace Marshall Jr., junior wide receiver on the 2016 team and one of the nation’s top recruits in the Class of 2018, posted, “A big mistake and they gone regret it.”

In an interview with The (Shreveport) Times, Feaster said he was fired for “insubordination” because he didn’t check with Bates before banning Alabama. He also said he was told that he was bringing too much negative publicity to the school.

In a brief conversation with The Press-Tribune, Bates said the only comment he will be making about Feaster was the one released by the school board.

He did say he and other administrators were developing a plan to hire a new coach.