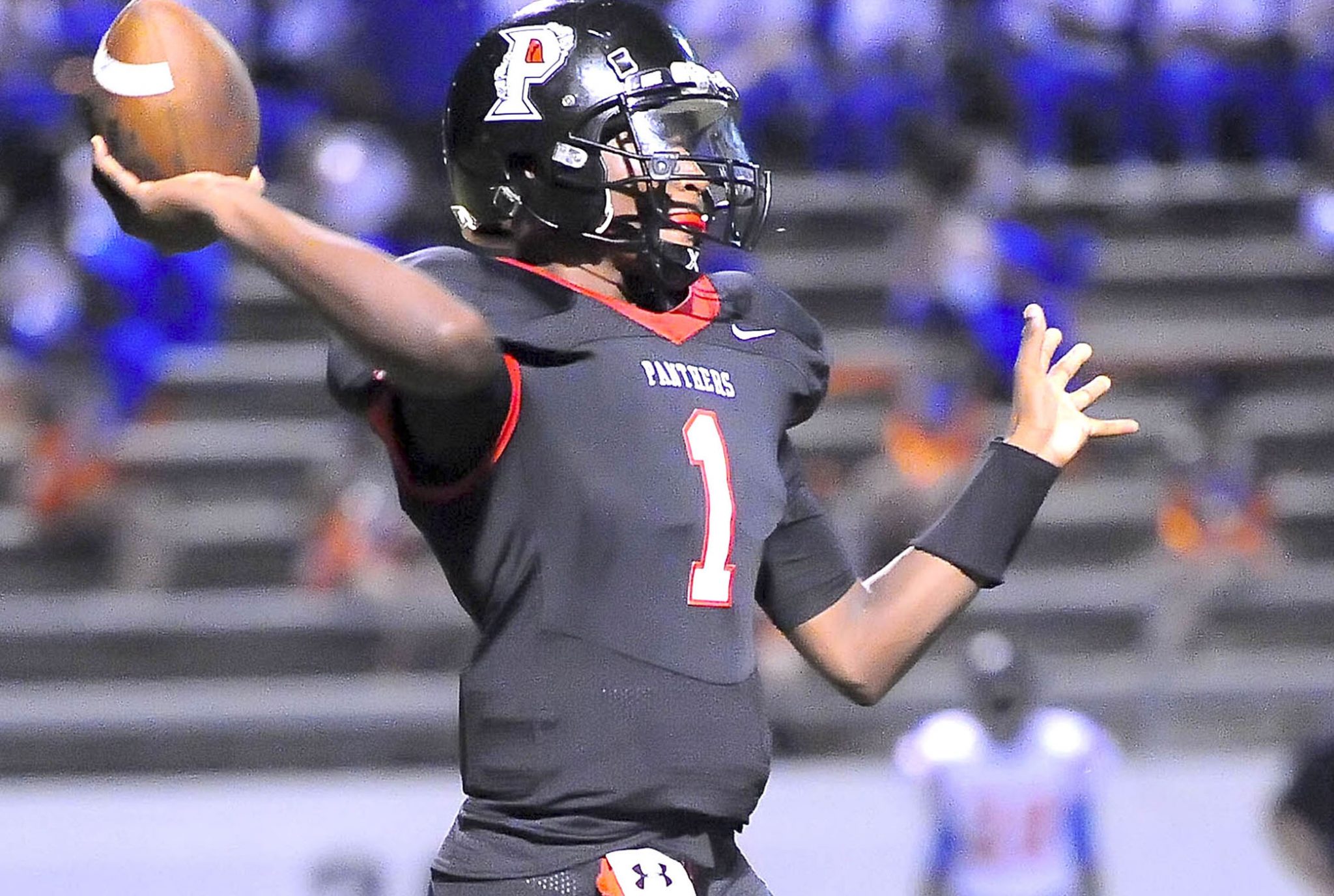 Harris will be announcing a verbal commitment to one of those schools. Verbal commitments are non-binding, which means schools can continue to recruit him.

Harris will be making his announcement in front of ESPN’s cameras.

Harris will be the fourth Bossier Parish player in the Class of 2014 to make a verbal commitment. Harris’ teammate, wide receiver Brodrick Jefferson, has committed to Louisiana Tech. So has Haughton running back Jarred Craft.

The 6-foot-2, 195-pound Harris was an unknown quantity at this time last year. But he made a name for himself last season, guiding Parkway to an 11-2 record.

Despite playing little more than a half in the majority of Parkway’s games because of routs, Harris completed 112 of 222 passes for 2,093 yards and 23 touchdowns with only five interceptions during the regular season.

He also rushed for 403 yards on 65 carries and scored eight touchdowns.

Harris led Parkway to playoff victories over Live Oak and Hahnville. The Panthers fell to eventual Clas 5A state runner-up Barbe 45-35 in the quarterfinals.

Harris passed for 287 yards and three touchdowns against Barbe. He also rushed for 74 yards.

Harris’ stock in the recruiting world skyrocketed this spring as he performed well in various camps. He received a scholarship offer from Louisiana Tech in February and the offers continued to roll in after that.

Beginning in May, he visited Alabama, LSU, Arkansas and Ohio State. His most recent visit was to Auburn on July 11.

Earlier this week, he was among many of the state’s top prospects attending the LSU camp.

ESPN’s Recruiting Nation ranks Harris as the No. 48 prospect in the nation and the No. 2 dual-threat quarterback.