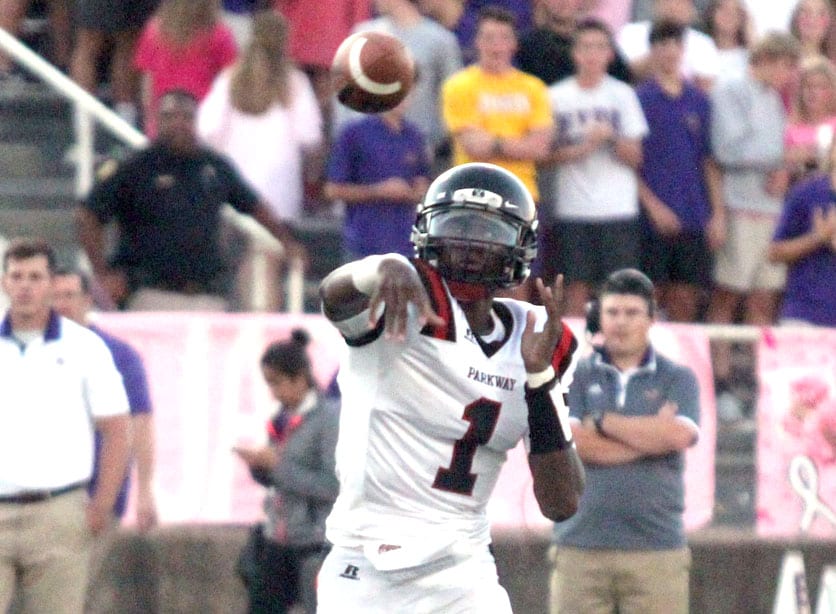 The Opening Finals, presented by Nike, is for the nation’s elite high school football recruits in the Class of 2018. It’s scheduled for June 28-July 3 at Nike World Headquarters in Beaverton, Ore.

According to its website, The Opening Finals includes the ”top 166 high school football players in the nation as selected by Student Sports after film evaluation and/or in-person evaluation at one of The Opening Regionals or Rating Days.

“The Opening Finals presented by Nike Football is four days of dynamic training, coaching and competition for the country’s most elite high school football players. Every position and every aspect of the game will be highlighted over the course of the three-day program.”

Marshall, considered the nation’s top college prospect at wide receiver in the Class of 2018 by some recruiting experts, received his invitation to The Opening Finals after his performance at The Opening New Orleans Regional in March.

Rogers punched his ticket at the three-day Elite 11 Finals quarterbacks competition June 2-4 in Los Angeles. He was one of 12 out of 24 participating to get an invitation to The Opening Finals.

In a post on Twitter, Rogers wrote: “One of the greatest experiences of my life, way more than just a football  camp. Thanks to everyone that helped put it all together!”

Rogers committed to TCU on May 31.

“After watching the TCU commit throughout the weekend, you could not help but think the Bossier City, La. native will thrive in the Horned Frogs offense,” Luke Stampini wrote in a post entitled “Elite 11 Superlatives” on the website 247sports.com. “The athletic 6-foot-4, 205-pound prospect is capable of getting TCU back to its air raid ways with a big arm. The scary part about Rogers is the fact he still looks to be improving and on an upward trajectory as a player.”

The comments about Rogers were listed under the subhead “Best College Fit.”

Morgan Moriarity wrote on SBnation.com: “The TCU commit had a strong weekend, showing off an improved deep ball, and deft touch in the red zone.”