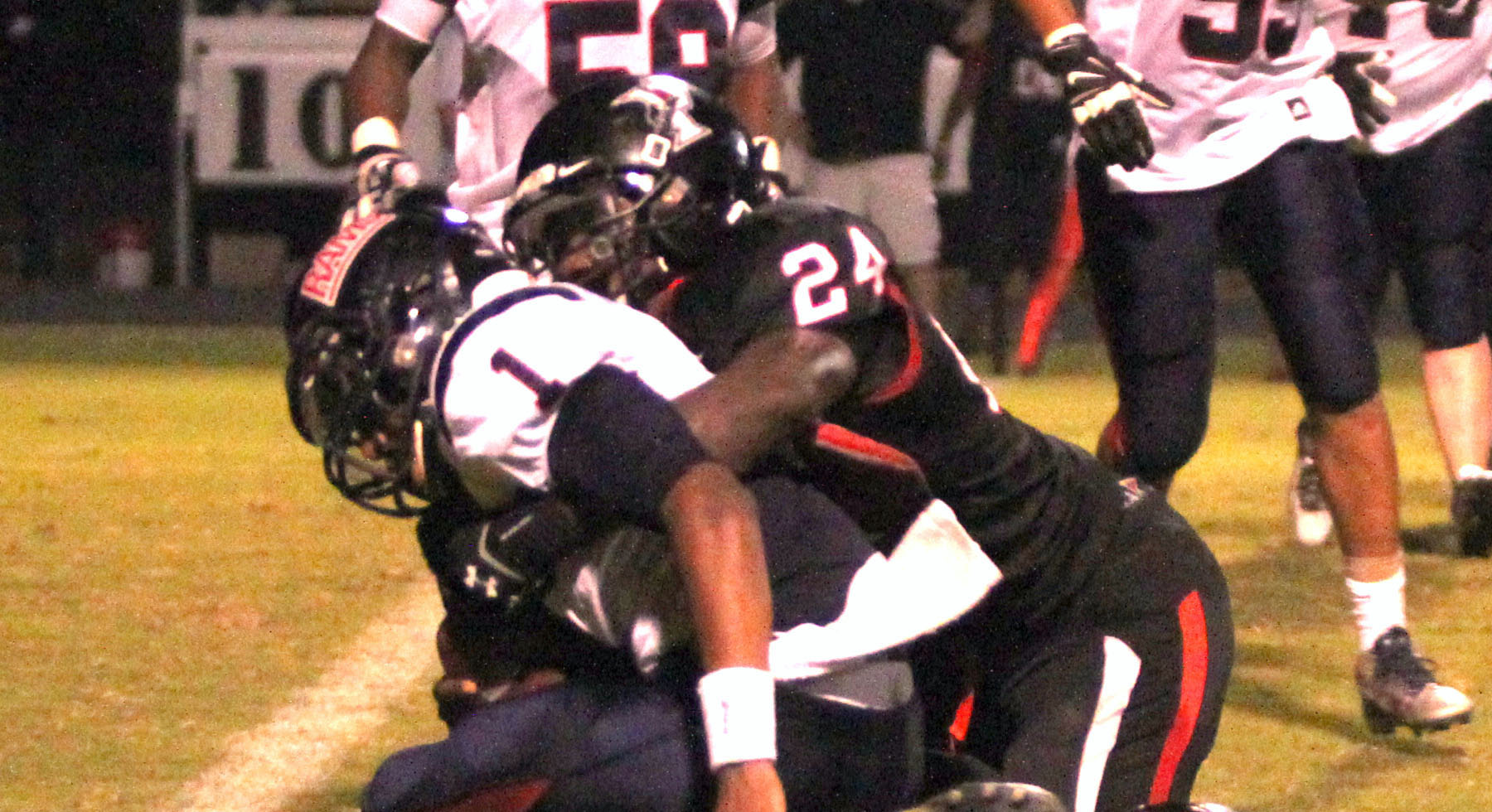 The Parkway Panthers scored 28 unanswered points in the second half en route to a 55-28 victory over the Bastrop Rams Friday night at Preston Crownover Stadium.

Parkway improved to 3-1 with its third straight victory. Bastrop fell to 2-2.

Parkway’s offense piled up 589 total yards, but Panthers coach David Feaster said the play of his defense was the key to the victory.

After Bastrop took a 28-27 lead in the third quarter, the Panthers defense shut down the Rams. The Panthers got some help from Bastrop, which was penalized 17 times for 153 yards with most of those coming on offense.

Bastrop came into the game averaging 50.1 points per game. The Rams did get 435 yards total offense, but the Panthers defense held them to three TDs. One of Bastrop’s touchdowns came on a kickoff return. The Rams also completed a TD pass with 3.5 seconds left in the first half.

Feaster said he wanted to see how much his defense had improved over last year’s wild game won by the Panthers 79-56.

“All week long I was nervous because Bastrop was so good,” he said. “We thought we were so much better on defense, so let’s find out.

“This was a great test. At halftime, I told them, OK, we passed the test. We proved we’re definitely better on defense. We’re good on offense, too. We’re playing a great team. They’re making a bunch of great plays. We played extremely well the first half. I said now all we need to do is win the game. The second half we played even better.”

Parkway quarterback Keondre Wudtee threw two touchdown passes in the first half and ran for one. His first one of 51 yards was a thing of beauty. Artavious Lynn, the Panthers’ 6-5 tight end, caught the ball on his fingertips at the Bastrop 28 and sprinted in for the 65-yard score. The second one was a 40-yarder to a wide open William McKnight.

In the second half, Feaster decided to run the ball straight at the Rams, who gave up 409 yards and nine TDs to a single back in a Week 3 loss to Pearl, Miss.

McKnight lined up in the Wildcat on Parkway’s first possession and had runs of 10 and 34 yards. Stacy McCray, also taking the direct snap, ran 6 yards to the 5 and scored on the next play.

At one point in the first half, Wudtee threw 12 straight incompletions, but Feaster said that’s not why he decided to go with the run.

“I never felt like we couldn’t throw it,” he said. “I always thought we had a chance to throw the football. We had receivers getting open. I know we hit some big plays that were huge (in the first half). I don’t know what the stats were but the whole time I felt we could do whatever we wanted to do. We got to a point where running the ball is what we really wanted to do.”

The Panthers played without running back/receiver Demetrius McAtee, who was out sick. McKnight took up the slack, rushing for 159 yards on 14 carries and scoring two touchdowns. He also caught eight passes for 74 yards and the touchdown.

Jared Lancaster, who had an 11-yard catch to set up a first-half TD, ran 50 yards for a touchdown in the second half. Juwon Johnson also blocked a punt and ran it in for the score.

CJ Morgan had a big interception at the Parkway 1 that he returned 30 yards. Dante Williams and Hunter Huckaby led the defense with 13 tackles each. Lloyd Cole had 11, Johnson eight and Kyle Still seven.