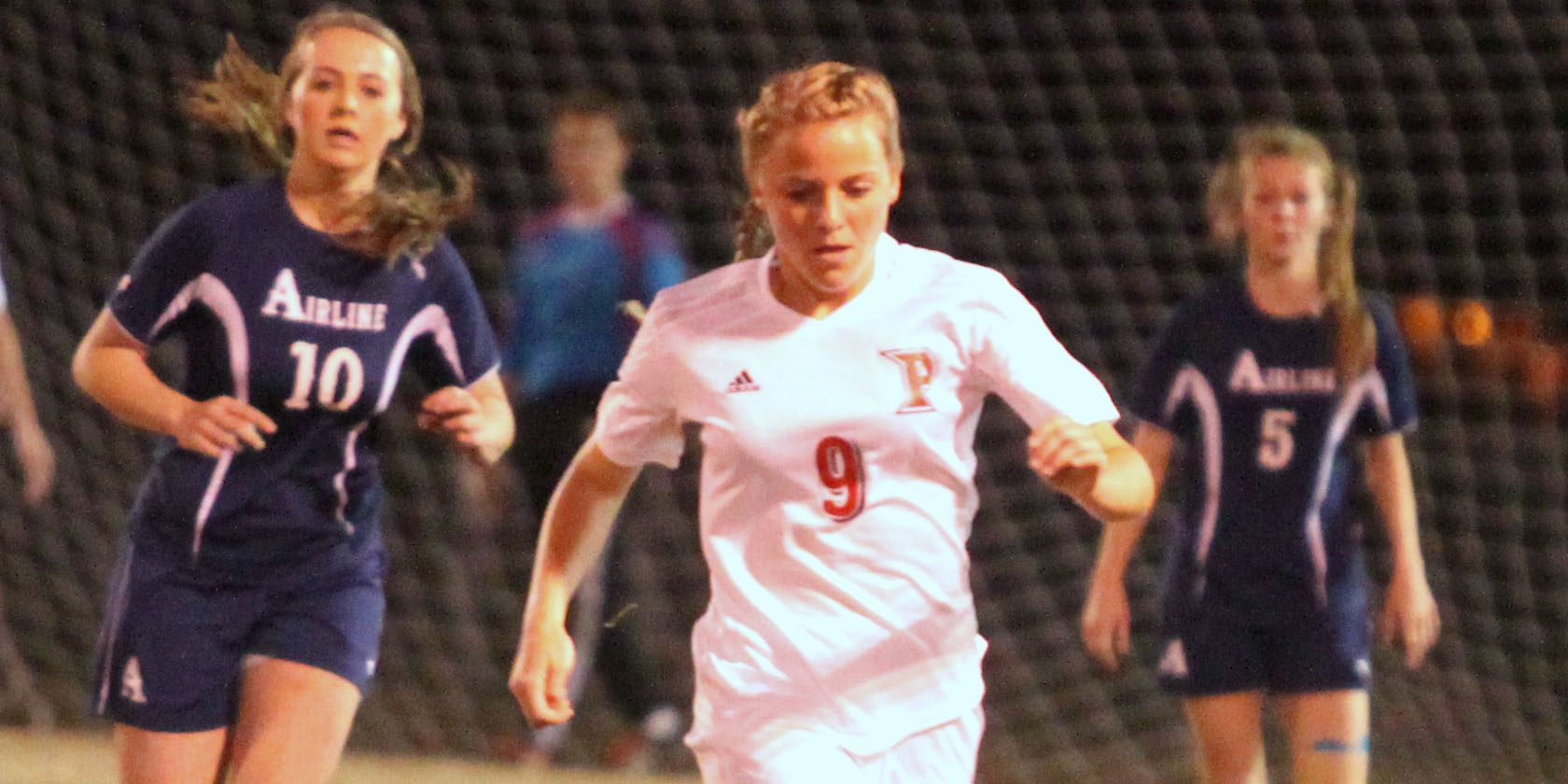 Parkway senior-to-be Sara Funderburk plans to continue her soccer career at LSU in 2016.

Funderburk is a two-time first-team All-Parish selection. She was named MVP last season after scoring 24 goals for the District 1, Division I runner-up Lady Panthers.

She was also named the Offensive MVP in District 1-I.

Last month, Funderburk played for the Dallas Sting U17 club in the Elite Club National League Finals in Seattle.

Funderburk is also a cross country and track standout.

She is the reigning Class 5A girls cross country state champion.

She also won regional championships in those two events.

Funderburk isn’t the only member of her family who plans to compete in college.
Her older brother Zac, a two-time state champion, is continuing his wrestling career at Briar Cliff University in Iowa.

Editor’s note: This is an updated version of this story. It contains a correction to the original version and to the story that runs in the Wednesday print edition of The Press-Tribune. Sara Funderburk finished second in the 800 in the Class 5A state meet, not third.