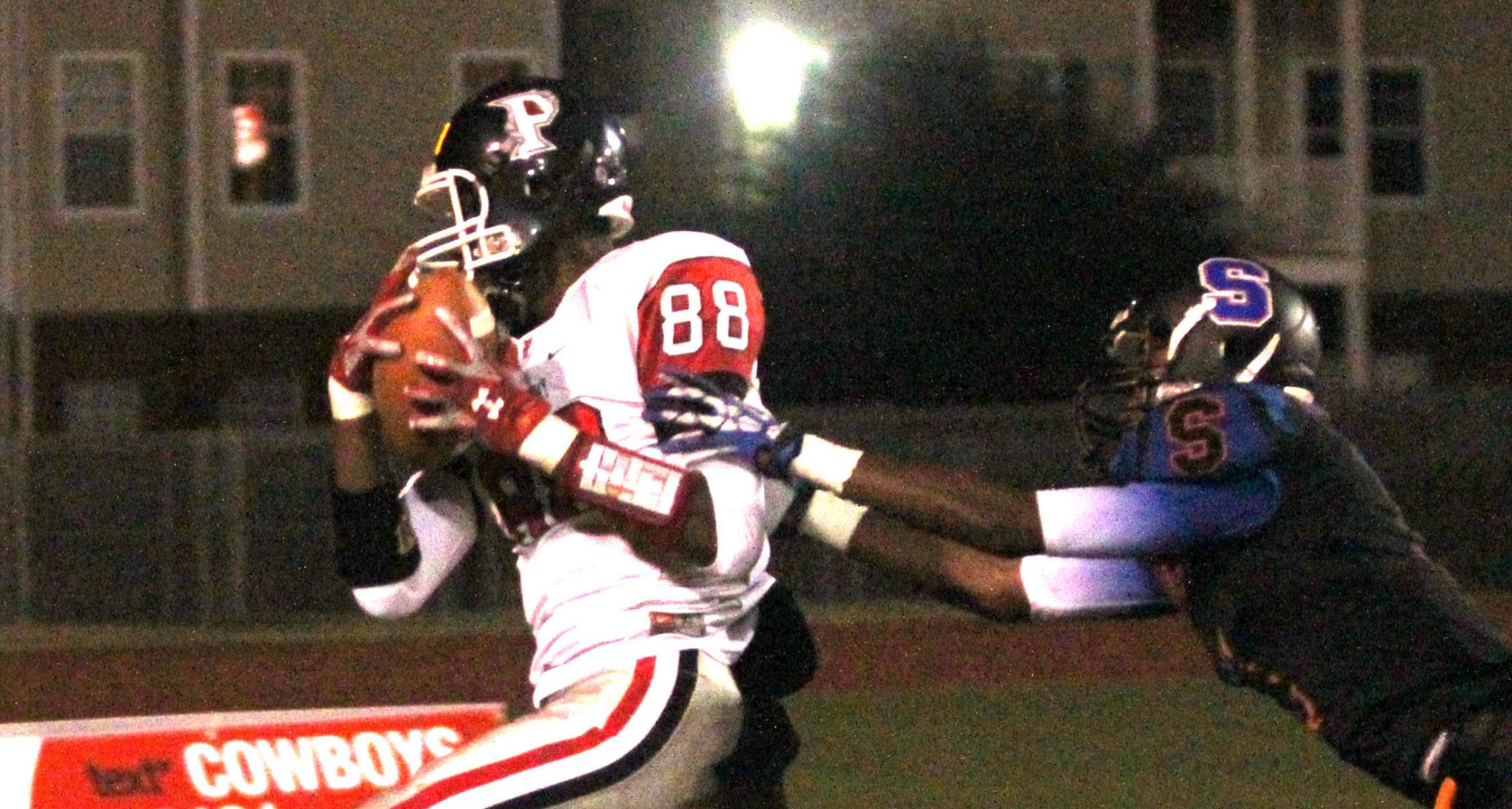 “Nobody thinks we can beat ’em.”
I imagine that statement has been uttered more than once at Parkway High School this week. And I’m sure that Parkway coach David Feaster is just fine with being the underdog. He can use that as motivation.
The Panthers (6-1, 2-0 1-5A), ranked No. 7 in Class 5A, take on the third-ranked Byrd Yellow Jackets (7-0, 2-0) Thursday night at Lee Hedges Stadium.
The reason Parkway is perceived as the underdog is based mainly on one common opponent — Calvary Baptist.
Parkway opened the season with a 46-27 loss to Calvary. Byrd routed Calvary 42-13 in Week 3.
Of course, Parkway turned the ball over six times against Calvary in junior quarterback Keondre Wudtee’s first start. Since then, the Panthers have reeled off six straight wins and haven’t been tested. Wudtee has thrown 19 touchdown passes.
Byrd had a bit of a scare in its opener, a 24-21 victory over Zachary. The Yellow Jackets have defeated six straight opponents by at least 18 points since then.
Last year’s game at Preston Crownover Stadium decided the District 1-5A title, although Airline almost made it a three-way tie by nearly upsetting Parkway in Week 10.
Parkway and Byrd both came into the game undefeated with Parkway the favorite. The Panthers won 52-29, but they didn’t take lead for good until early in the fourth quarter and Byrd self-destructed down the stretch with a flurry of turnovers.
No doubt Thursday’s game will go a long way toward deciding the district title. But you certainly can’t count Haughton out at 7-0.
The game will likely come down to which defense does the better job of slowing down the opponent’s offense. Parkway had trouble with the Jackets’ option attack last year but the Panthers came up with turnovers and big stops when it mattered most.
Only Airline has had some success slowing down Byrd this season. No one has really stopped Parkway, at least for a full game. The Panthers stopped themselves against Calvary.
Byrd may be the favorite, but I’m not among the majority that thinks Parkway can’t win. It’s basically a toss-up.
The rest of the games involving parish teams are Friday. Haughton (7-0, 2-0 1-5A) hosts Captain Shreve (3-4, 0-2), Benton (6-1, 4-0 1-4A) hosts Minden (4-3, 3-1), Bossier (0-7, 0-2 1-3A) hosts Evangel (4-3, 2-0) and Plain Dealing (6-1, 2-0 1-1A) visits Cedar Creek (1-6, 0-2).
Haughton is coming off an emotional 28-26 victory over Airline. It was only the third time the Bucs have beaten the Vikings in Rodney Guin’s 15 seasons as head coach at Haughton.
But I don’t expect the Bucs to have a letdown. The Gators struggled in their last two games against Byrd and Parkway. Of course, a lot of teams have struggled against those two.
Shreve may make a game of it for a half, but I expect Haughton to win going away.
Airline has been snakebit this season. The Vikings just can’t seem to catch a break. But I expect Airline to win its next two games against Southwood and Shreve. Then a playoff spot could be on the line when they take on Parkway in the regular-season finale.
Benton took over sole possession of first in District 1-4A last week with its 25-10 victory over Loyola combined with North DeSoto’s 23-0 win over Minden.
Benton freshman quarterback Garrett Hable played a solid first half. He struggled a bit in the second, but he has given the Tigers offense a spark.
Benton’s defense turned in another outstanding performance against Loyola. I expect it to do the same against Minden with the Tigers improving to 7-1.
Cedar Creek has defeated Plain Dealing three straight years since Coy Brotherton took over as head coach of the Lions. I believe that streak will end Friday night. I do think the Cougars, despite their record, will put up a good fight.
Bossier had a chance to win a game for the third time this season against Booker T. Washington last week. The Bearkats lost in part because of two big turnovers — one in each half — that led to BTW touchdowns.
Bossier is a massive underdog against Evangel, the likely District 1-3A champ. All the Bearkats can do is keep playing as hard as they can and hope for the best.