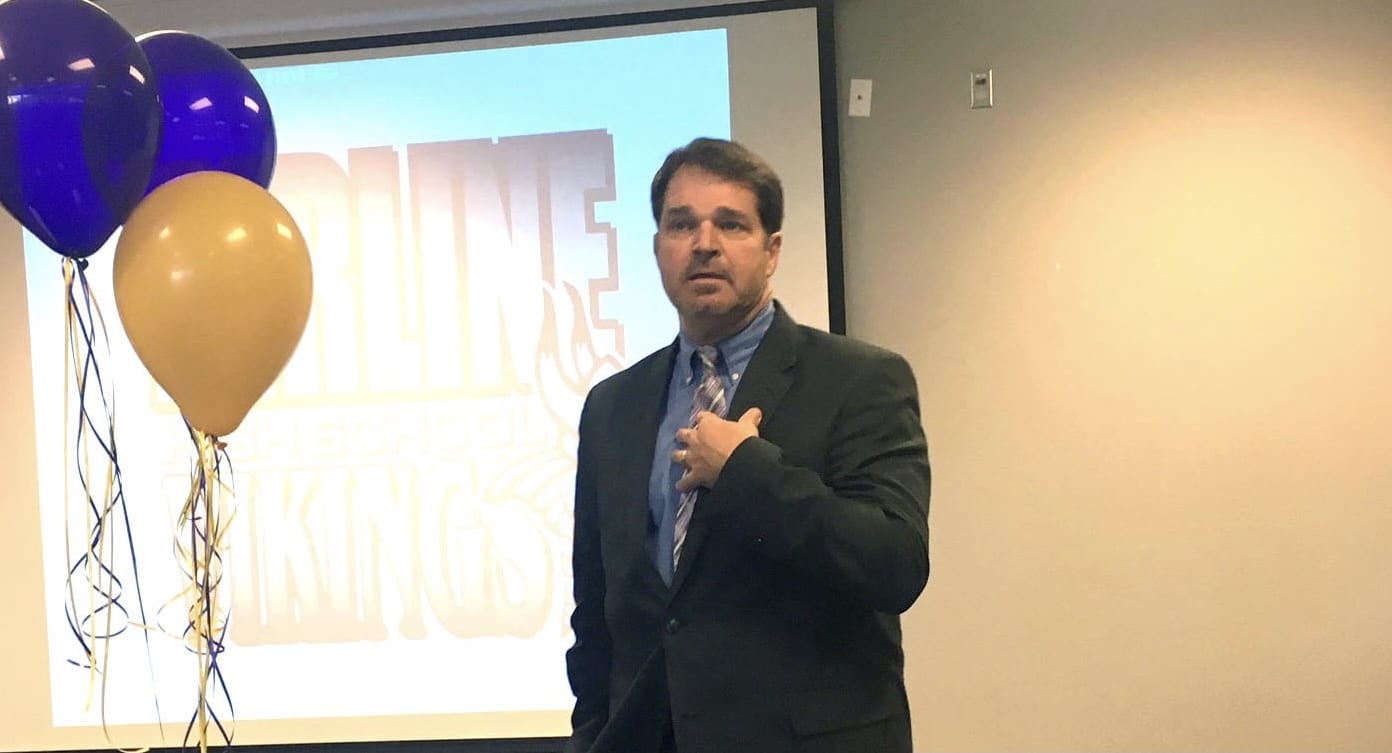 At the bottom of the scoreboard at Parkway’s baseball stadium there is a sign that honors the school’s 1998 Class 4A state championship team that went 31-3.

Now the man who guided that team to the title will have his name on the scoreboard, likely at the top.

Coker recently retired after a career that included 25 years coaching and teaching at Bossier Parish schools, concluding with a long stint as Airline’s athletic director.

In addition to the state title, Coker led Parkway to a state runner-up finish in 1997.

Coker also guided Captain Shreve to its only baseball state championship in 2006. The Gators finished as the Class 4A runner-up in 2007.

Coker was unable to attend the school board meeting but he appeared on the big screen via Zoom.

He thanked board President Tammy Smith and Superintendent Mitch Downey along with the rest of the board members. Assistant Superintendent and former Airline principal Jason Rowland made the presentation.

“That’s just so incredible,” Coker said.  “I’m speechless. I give God all the glory. Stuff like this doesn’t happen because of me. Stuff like this happens because of the kids, the administrators, the coaches that I’ve been so blessed with and so grateful for the opportunity to work alongside them. President Smith, this is just humbling.I really can’t grasp this right now. It’s just so humbling.”

Coker was inducted into the Louisiana Baseball Coaches Association Hall of Fame in 2019. He has received many other honors, including being named Coach of the Year by the LBCA and the Louisiana Sports Writers Association.

In a recent article in The Press-Tribune about Coker receiving the parish’s final Gold Star of the school year, Rowland said the following.

“I used to say that everything Coach Coker touched turned to gold,” He has been a cornerstone for the culture that has been established at AHS, but before his tenure at the ‘A’ he did the same for Parkway High School, Byrd High School and Captain Shreve High School. With every stop he has made, the fingerprints of Coach Coker are all over the school and community. His recognition today is very deserving and defines the spirit of what we should all hope to become.”

Rowland said the Board Name Policy Committee met July 7 to discuss the naming of the stadium.

McCauley made the motion to name the stadium Ronnie Coker Field. Cheatham seconded it and the vote to approve was unanimous.