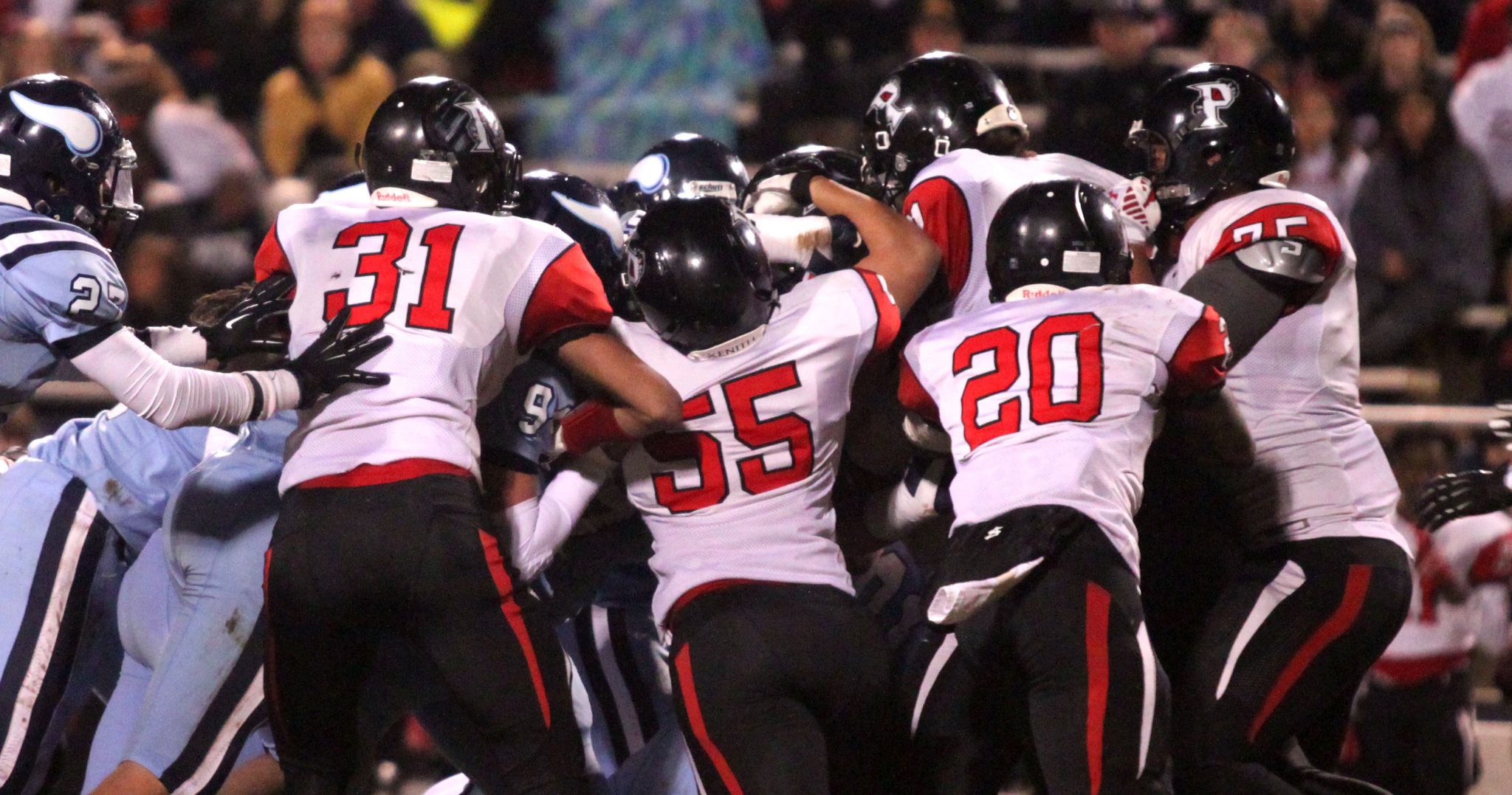 After their 41-28 victory over parish rival Airline Friday night at Airline Stadium, the Parkway Panthers went through their usual postgame routine.

The Panthers met the Vikings in the handshake line at midfield. Then they stood shoulder-to-shoulder, faced the band and the student section, and sang the alma mater.

It could’ve been after any one of their eight wins this season. But it wasn’t.

It was the last game of the season, the last high school game for 26 seniors. Parkway’s season is over because of a violation of an LHSAA rule the players had nothing to do with.

On the field, Parkway finished the season 8-2 overall and runner-up in District 1-5A at 4-1. The Panthers could’ve easily gone 10-0. They lost the season opener to Calvary after turning the ball over six times and they lost to Byrd in overtime after allowing a long TD pass with less than a minute left in regulation.

Byrd is the No. 1 seed in the Class 5A playoffs.

After singing the alma mater, the Panthers stayed on the field a little longer than you normally would at a visiting team’s stadium. They congregated near the sideline and exchanged handshakes and a few hugs before finally heading to the busses.

“There’s nothing I can tell them about a lesson learned because ya’ll made this mistake and now we’re paying,” Feaster said. “The last two years these guys have done absolutely nothing wrong, including, by the way, the freshman that moved in.

“And yet people have put obstacles in their way and they keep jumping, going around them, keep making plays. Last year, whatever they threw at us, four straight road games, was amazing. And this year, in spite of all the adversity and stuff, we play our two biggest rivals in Haughton and Airline, and play lights out both games. I’m just very proud of their effort. Obviously we wish for more, but these guys will always have great memories.”

Airline (4-6, 2-3), which will travel to play Zachary for a first-round game next Friday, got off to a great start. Sophomore quarterback Noah Hildebrand threw touchdown passes of 42 yards to Harvey Calhoun and 6 to Cameron Howell. Nathan Naranjo’s two PATs gave the Vikings a 14-0 lead.

But Parkway’s offense got on a roll and didn’t stop until the Panthers had scored 41 straight points.

Trailing 21-14, Airline had a chance to stop the streak late in the first half. The Vikings had a touchdown pass nullified because of an illegal block and Parkway held.

The Panthers then drove to a first-and-goal at the 5. But the Vikings got a big stop by sophomore Josh James and kept the Panthers out of the end zone.

It was still anybody’s game at the half. The Panthers then came out and took control in the third quarter, scoring on passes of 77 yards to William McKnight and 20 to Harrison Hopkins.

“We knew going in that we had to defend the big plays and early did a great job, but then they hit a couple on us and got us on our heels,” Airline coach Bo Meeks said.
“We had a chance to tie it right there before the half and let that opportunity slip away, Hat’s off to a great football team. I’m proud of the way our guys fought.”

Airline had a couple of chances to stay in the game. One of those came after a long interception return by Tyrice Neal. But the Panthers defense came up with the stops each time.

Hildebrand threw a couple of late touchdown passes to Howell (6 yards) and Cameron Taylor (66) to make the score respectable.

Senior running back/receiver William McKnight turned in an outstanding performance in his final game. In addition to his touchdown catch, he scored on runs of 1 and 6 yards.

McKnight finished with four catches for 133 yards. Lancaster had four for 74. Deonte Hawkins had three for 79, including one that set up a touchdown.