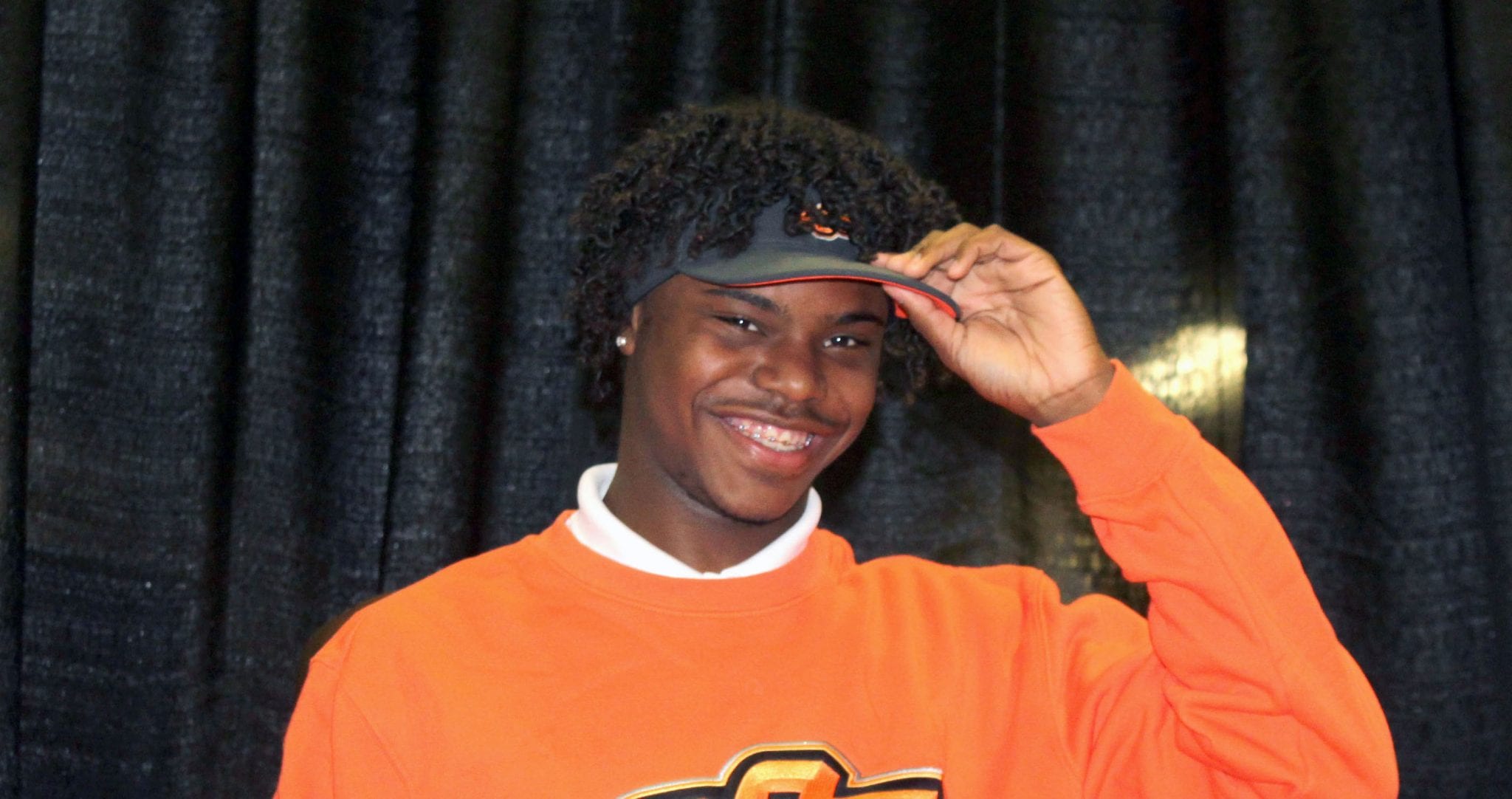 Parkway quarterback Keondre Wudtee chose Oklahoma State over TCU during a ceremony at the school. Wudtee, a two-time MVP on The Press-Tribune’s All-Parish team, originally committed to Louisiana Tech in May, but he decommitted in December.

The 6-foot-5, 185-pound Wudtee had a spectacular senior season, completing 192 of 321 passes for 3,466 yards and 34 touchdowns with 12 interceptions. He led the Panthers to a share of the District 1-5A title and a 12-2 record. Parkway reached the semifinals of the Class 5A playoffs before losing on the road to eventual state champ Zachary.

Wudtee’s success in 2015 drew the attention of Big 12 schools like TCU and Oklahoma State. He also had offers from Missouri, Arkansas State, Houston and Louisville, according to ESPN’s recruiting website.

Wudtee will be joining an Oklahoma State team that finished 10-3 this past season. The Cowboys won their first 10 games before falling to Baylor and Oklahoma. OSU lost to Ole Miss 48-20 in the Allstate Sugar Bowl.

Wudtee donned an OSU visor and sweatshirt he pulled out of a box in front of him just after making the announcement. As he was doing this, family members behind him took off jackets to reveal OSU shirts.

Defensive back Lloyd Cole, one of five co-MVPs on the All-Parish team, inked with Delta State. Delta State, located in Cleveland, Miss., is an NCAA Division II school. The Statesmen compete in the Gulf South Conference.

Parkway running back/defensive back CJ Morgan, another of the Press-Tribune’s All-Parish MVPs, signed a financial aid agreement with Mississippi State in December and enrolled in January.