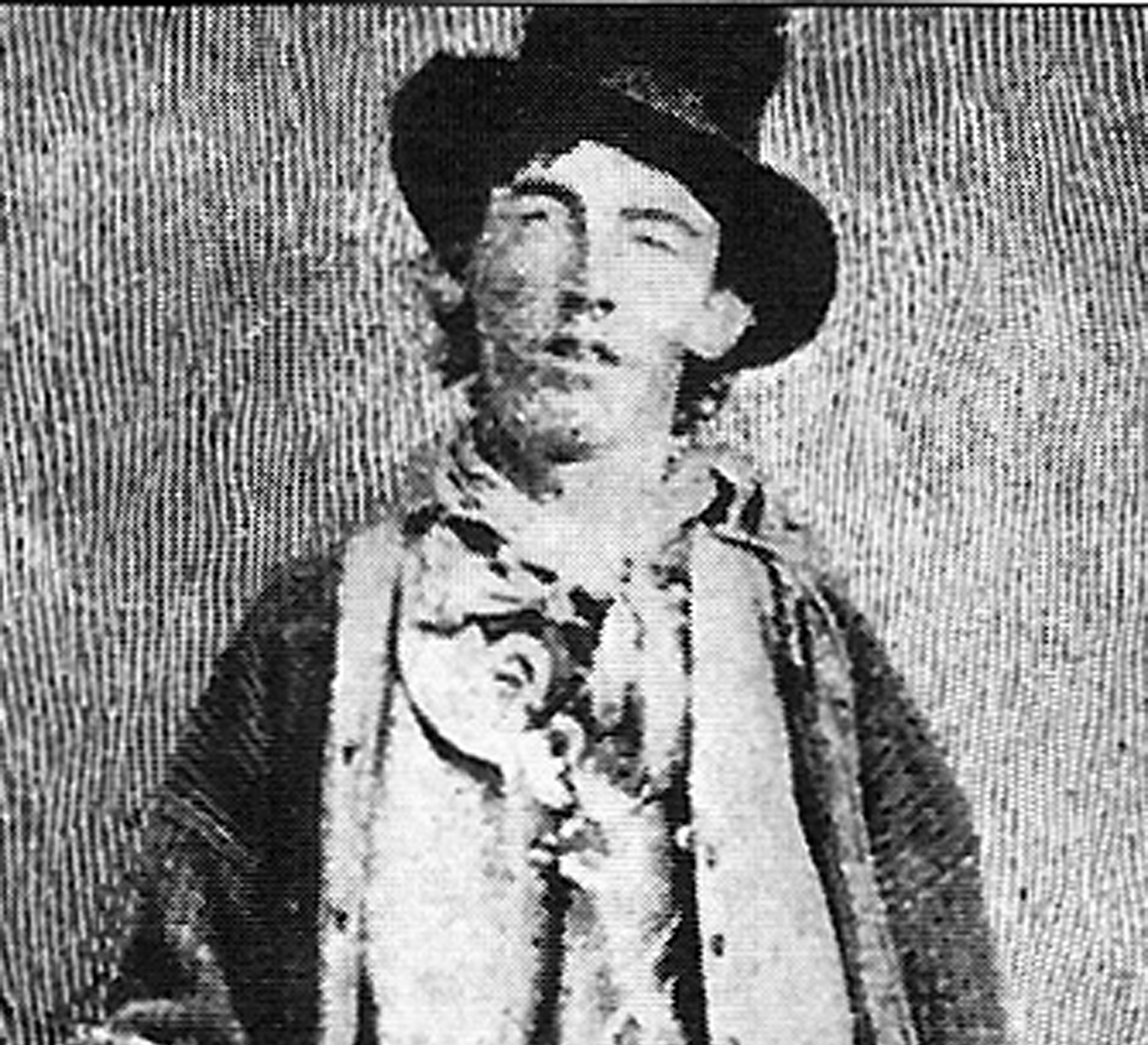 When Pat Garrett left his home in Claiborne Parish he headed west to Texas where he met up with Billy the Kid and where they herded cattle and drove them to market. Soon their paths took opposite directions, however. Rupert Peyton continued his January 7th, 1954 article by writing about them.

“They figured in gunfights together against cattle raiders, and in these the Kid first tasted blood. But the taste of blood stirred something evil in Billy the Kid. He soon changed from an honest cowhand battling cattle raiders and became the terror of the barroom brawls of those days when shooting a man dead wasn’t considered any worse than jaywalking on a quiet corner. Billy was an expert shot and rider. He was tough as boot leather.”

“But Garrett was made out of different stuff. He, too, was a hard riding, hard shooting man, but he never shot at a man except in the defense of right. He was regarded as one of the best rifle shots in all his region, but Billy the Kid was quicker on the draw and better with a pistol than the cool, lanky Garrett.”

“This was the era of Buffalo Bill and Will Bill Hickock, who also helped bring law to the old west. But Hickock in all of his gory episodes never met as tough a customer as Billy the Kid.”

“Both Billy and Garrett drifted westward into New Mexico. Garrett, following the pattern of Buffalo Bill, became a professional hunter and killed many buffalo for the teeming throngs that were then laying the railroads towards the Pacific. Garrett worked hard and honestly[.] Billy the Kid became a colorful Jesse James. He terrorized saloons and even brave men quivered in his teen-age presence. The slightest incident was enough to bring forth the Kid’s death-spitting gun and Boothill Cemetery had another occupant.”

“But the Kid had many friends. In fact many admired him for his sheer disregard of life or law, but Pat Garrett lost his former admiration for the fiery kid from the streets of New York.”

“Both Billy and Garrett drifted into Fort Sumner, where Billy made riot in saloons while Garrett plodded his prosaic and honest way.”

“Finally there rose an aversion to the murderous Kid, who laughed at the law, and defied sheriffs and deputy marshals.”

“’Get Billy the Kid,’ they cried but it was like the mice belling the cat. All the Kid had to do was to pat his revolver and rush to one of his hideouts. He even crossed into Mexico and fell in love with a Mexican girl. He learned, as border men of that day did, to speak Spanish.”

The Kid’s falling in love wasn’t the end of Rupert Peyton’s story so be sure to continue reading in next week’s column to find out how the relationship between Pat Garrett and Billy the Kid grew into one that ultimately claimed the life of Billy the Kid.