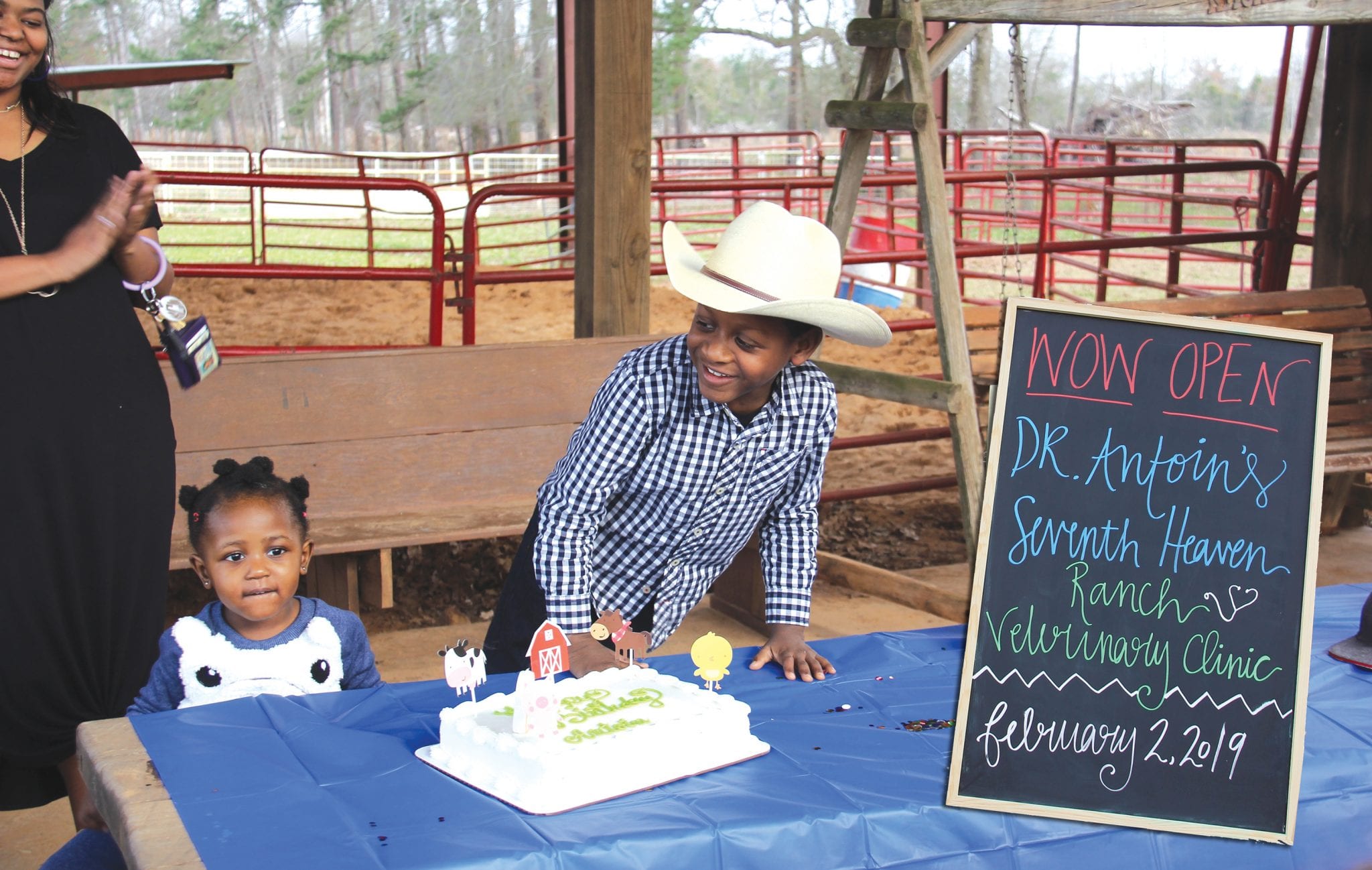 A young boy got to make his wish of being a veterinarian come true this past weekend, at least for one day.

Antoin, affectionately known as “Buddy,” was initially diagnosed with a moderate to severe speech delay for both receptive and expressive language around 3-years-old; and a year later, he was diagnosed with Autism (PDD-NOS) and sensory processing disorder.

Knowing her son’s condition and what triggers cause him to have an episode, Antoin’s mother, Latonya Jackson, had to think of what her son could partake in. Knowing his love for animals, Jackson reached out to her friend to help coordinate a spectacular birthday party for her son.

“There are so many everyday things that trigger fear and discomfort — the whooshing of public toilets, the banging of automatic garage doors, the sudden rumbling of thunder, the buzzing of hair clippers, and the prickly sensation of toothbrushes,” Jackson said. “He loves animals, so this year, I came up with the idea of doing a Veterinarian-for-a-Day experience for him. I reached out to my friend and former coworker Laci, who I knew was an avid animal lover and devotes a lot of her time to volunteering. She then connected me with her friend Kassi, the director of Pay-It-Forward Networking.”

Dr. Wes Lee of Red River Equine and Dr. Honea of North Airline Hospital surprised Antoin with all the supplies he needed and then helped him give checkups to horses, goats, bunnies, chickens, dogs and lizards.

Seventh Heaven Ranch also had horses ready for Antoin to ride after he provided their check up.

“These are the types of wishes that money cannot buy, it is truly only possible through the power of networking. We look forward to being part of his special day,” said PIFN Founder Kassi Robinson.

Pay It Forward Networking has 25,000 members and operates across the country. It is a volunteer-run 501C3 foundation that grants wishes to children with special needs and/or life-threatening illnesses through networking.

According to Robinson, the nonprofit has helped 300 kids with disabilities live out their dreams in only four years.

“I would like to express my sincerest gratitude to all the veterinarians, to the pet owners, to Pay-It-Forward’s directors and interns, and to all others who have contributed behind-the-scenes with planting a seed of inspiration in my little guy on his day in the life of a veterinarian.  To the Shreveport community, if you are looking for an organization worthy of your investments, look no further than Pay-It-Forward Networking,” said Jackson.