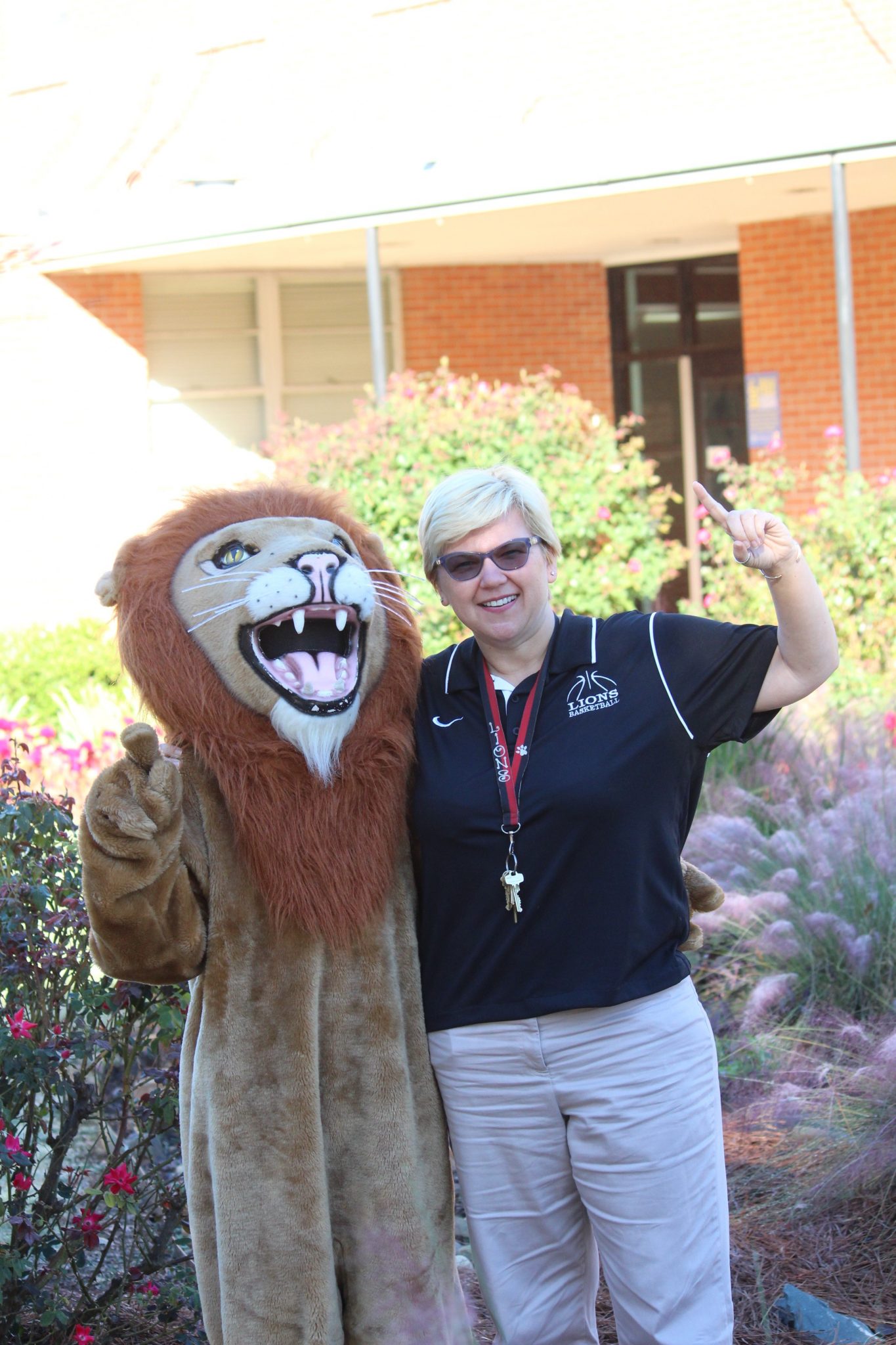 The Lions are excelling on the football field this season, currently facing an eight win, one loss record going into Friday’s game against defending state champion Haynesville (8-1, 4-0). This game in Haynesville will determine who takes the District 1-1A title.

Principal Sandrina Isebaert, who could easily be called the school’s biggest cheerleader, thinks this will be the year the Lions walk away with the victory.

“The kids have played so hard and the team is doing great,” she said. “We are all working to restore pride in our school again.”

The beginning of the school year wasn’t so easy for Plain Dealing. The New Tech curriculum, which was implemented in 2009, was dropped from the school and the school was reverted back to regular block scheduled classes.

However, Isebaert said the entire school turned it into a positive change, rather than a negative one.

“We still have great things from the New Tech program. We just incorporated it into the framework required by the state,” she explained. “New Tech was imperative of giving our students a chance to be the leaders of our school. Academics are important, but we are creating valuable citizens through character building. They need a strong character to be successful in the future.”

Along with the name change came an administrative change. Isebaert stepped into the role of principal with a goal in mind – take advantage of the small school atmosphere and build a supportive community around it.

With a game plan set, the school year took off and so did Isebaert’s plan.

First item on the list was a new school mascot to boost the school’s spirit. Samson the Lion made his debut at a pep rally earlier this year. Coincidentally, Isebaert donned the uniform first.

“It really was a good thing,” she said. “The kids saw me wearing it and there was a sudden interest to become the school mascot.”

A few students tried out the job before freshman Koby Iman was selected to wear the uniform this year.

“I knew what the job entailed and I didn’t have a problem being out in front of a crowd,” Iman said. “I like to get the crowds hyped on Friday nights. Now that we’re on a roll, team spirit has changed a lot. There’s a whole different vibe at this school.”

Next, the school worked on a new alma mater. Although the school already had one, Isebaert said the words were outdated and needed to be updated to reflect the school in modern time.

No one knew what [the alma mater] was and our kids really didn’t relate to it,” she explained. “I haven’t heard any complaints about the new one.”

The alma mater debuted at the annual jamboree football game. The school has also formed a student section and they have signs to hold up during games in support of their team.

“Our students are getting to experience what students in the bigger schools are doing and they are learning, little by little, how it’s done,” Isebaert added.

With a newfound spirit buzzing through the small town, Isebaert hopes it will continue through the remaining year and for years to come.

“I love what I do and I love every minute of it. I don’t want to be anywhere else,” she said, beaming with pride. “You can’t help but be happy and positive when you love your job. At the end of the day, the greatest reward is knowing you made a difference in someone’s life that day.”