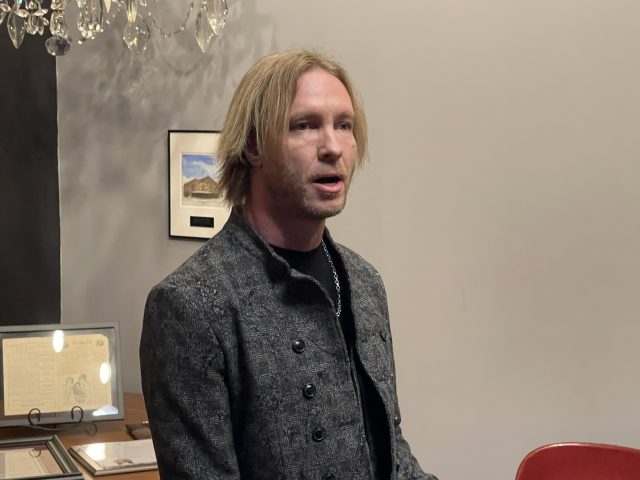 Shreveport-Bossier City native and internationally known blues/rock guitarist Kenny Wayne Shepherd performed at the Strand Theatre in Shreveport on Saturday night February 12, 2022. The sold out performance was a benefit concert for The Providence House and The Northwest Louisiana Family Justice Center.

The special concert event celebrated the 25th Anniversary of the release of Shepherd’s “Trouble Is” album. The album was played in its entirety during the concert. At the intermission, three of Shepherd’s Fender Stratocaster guitars were auctioned off by Judge Cecil Campbell. The proceeds from the auction were donated to The Providence House and The Northwest Louisiana Family Justice Center. Bossier City Mayor Tommy Chandler also presented Shepherd with a ceremonial “Key to Bossier City” plaque during the intermission.

A press conference was held prior to the concert in the Chandelier Room at The Strand Theatre. At the press conference, Shepherd was presented special proclamations by Bossier City Mayor Tommy Chandler and Lousiana House District 9 State Representative Dodie Horton of Haughton. Mayor Chandler also made it known that February 12, 2022 had been declared Kenny Wayne Shepherd Day in Bossier City. During the press conference, Shepherd stated how important it was to him to celebrate this milestone anniversary in his hometown.