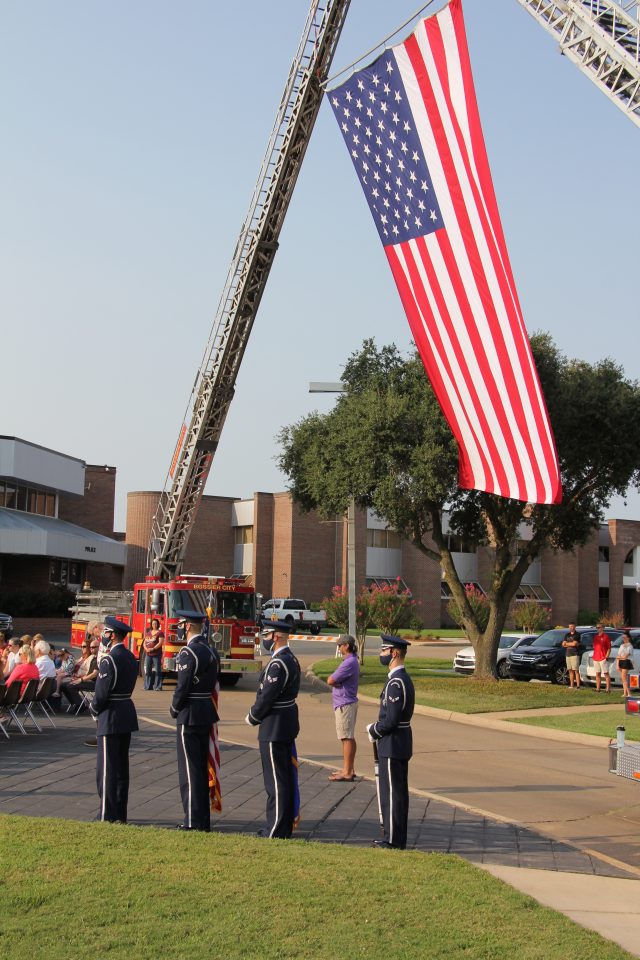 Charles Gholson and the staff of Hill Crest Funeral Home and Cemetery in Haughton hosted a 9-11 Remembrance Ceremony that began shortly after sunrise. The event took place at the 9-11 Memorial on the cemetery grounds. The ceremony message was delivered by Dr. Randy Harper of Bellaire Baptist Church in Bossier City. Music was provided by the Bellaire Baptist Praise and Worship Team.

Keep Bossier Beautiful and the City of Bossier City

Keep Bossier Beautiful and the City of Bossier City hosted their annual 9-11 Remembrance Ceremony which began at 9 a.m. The hour long ceremony was held in the Bossier City Liberty Garden at the Bossier City Municipal Complex. The event was emceed by Sonja Bailes. The guest speaker for the ceremony was Senior Trooper Andy Stephenson (Louisiana State Police). Trooper Stephenson was on special military detail at the World Trade Center in New York City on September 11, 2001.

Both events were open to the public and very well attended.