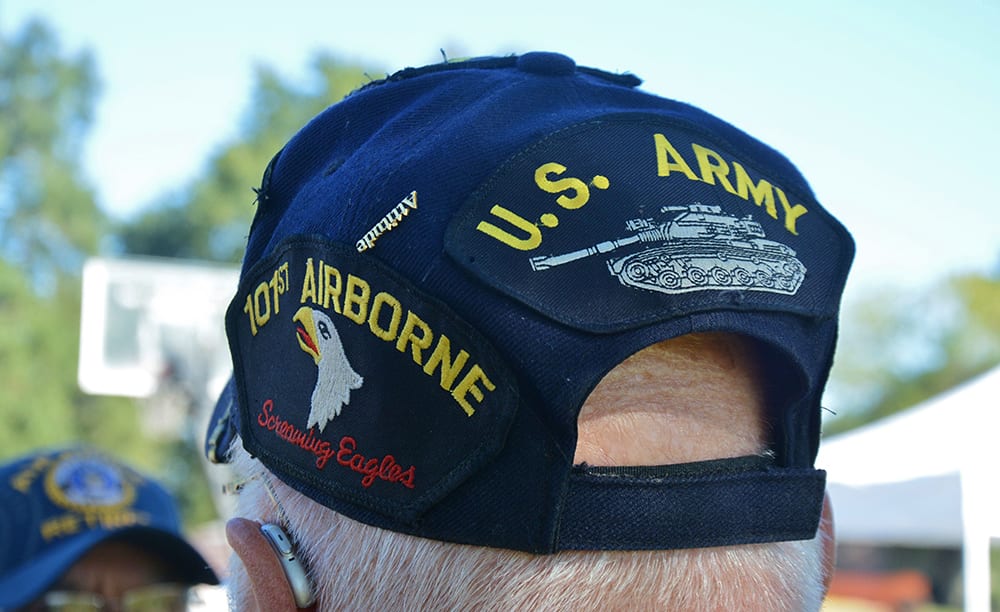 Piece and photos by Bill Davis

On Nov. 11, we get to celebrate Veterans Day and show honor to the men and women were served our country and continue to serve today. We had an early celebration Saturday, Nov. 2 with the Veterans for Veterans Biker Event at the Riverpark Church in Shreveport.

Theresa Neff and the team with Veterans for Veterans did a fantastic job in showing respect to veterans. They even brought in the Vietnam Traveling Memorial Wall, featuring more than 58,300 names of men (and eight female nurses) who died serving our country in Vietnam. Every time I see the wall, it’s so reflective that the freedom I enjoy today is because of the sacrifice of these folks.

Various dignitaries spoke during the opening ceremony Saturday morning, including a proclamation reading by my fellow deputy friend, Sgt. Tony Broadway, by our boss, Bossier Sheriff Julian Whittington. It was also cool to see a young 11-year-old boy named Kaleb Arnold lead in the Pledge of Allegiance. He is the nephew of Marine Corps Lance Corporal Dakota Huse of Shreveport, who was killed at the age of 19 on Nov. 9, 2010, serving his country in Afghanistan.

They also had veterans’ organizations and other groups as vendors, a silent auction, and a car show. And then there was the Freedom Ride where motorcyclists took to the road through the Veterans Home in Bossier City and the Overton Brooks VA Medical Center in Shreveport.