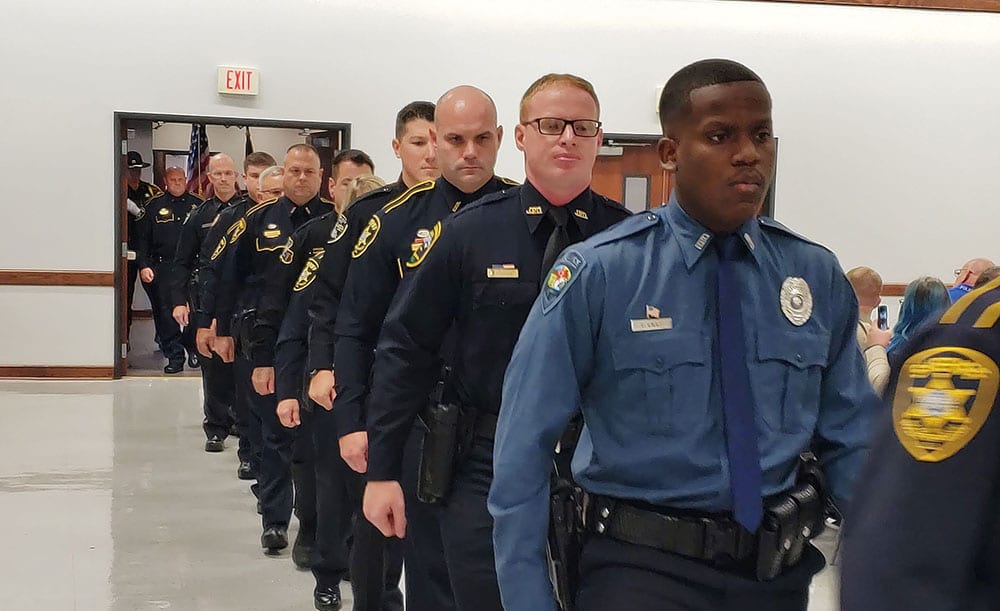 It was 16 weeks in the making, but now these recruits in the Bossier Sheriff’s Training Academy can officially call themselves certified P.O.S.T. (Peace Officer Standards and Training) law enforcement officers.

Bossier Sheriff Julian Whittington hosted the graduation ceremony Friday morning for 18 recruits from Class 021 during a ceremony held at the academy headquarters in Plain Dealing.  The graduates hail from eight different agencies, and they will report to their respective agencies for follow-on training and assignments.

The guest speaker was Bossier Parish District Judge Mike Nerren, and he encouraged the new law enforcement officers to always remember where they came from and think about where you are going to be as you write your story.

The graduating class of BPSTA Class 021 is:

The Bossier Parish Sheriff’s Training Academy, formerly known as the North Louisiana Criminal Justice Academy, held its first graduation in 2009.  Over the past 10 years, about 400 recruits have been trained to become POST-certified law enforcement officers.  The next academy will begin on Jan. 31, 2020, for Class 022.

You can see a gallery below (all photos by Lt. Bill Davis/Bossier Sheriff’s Office):