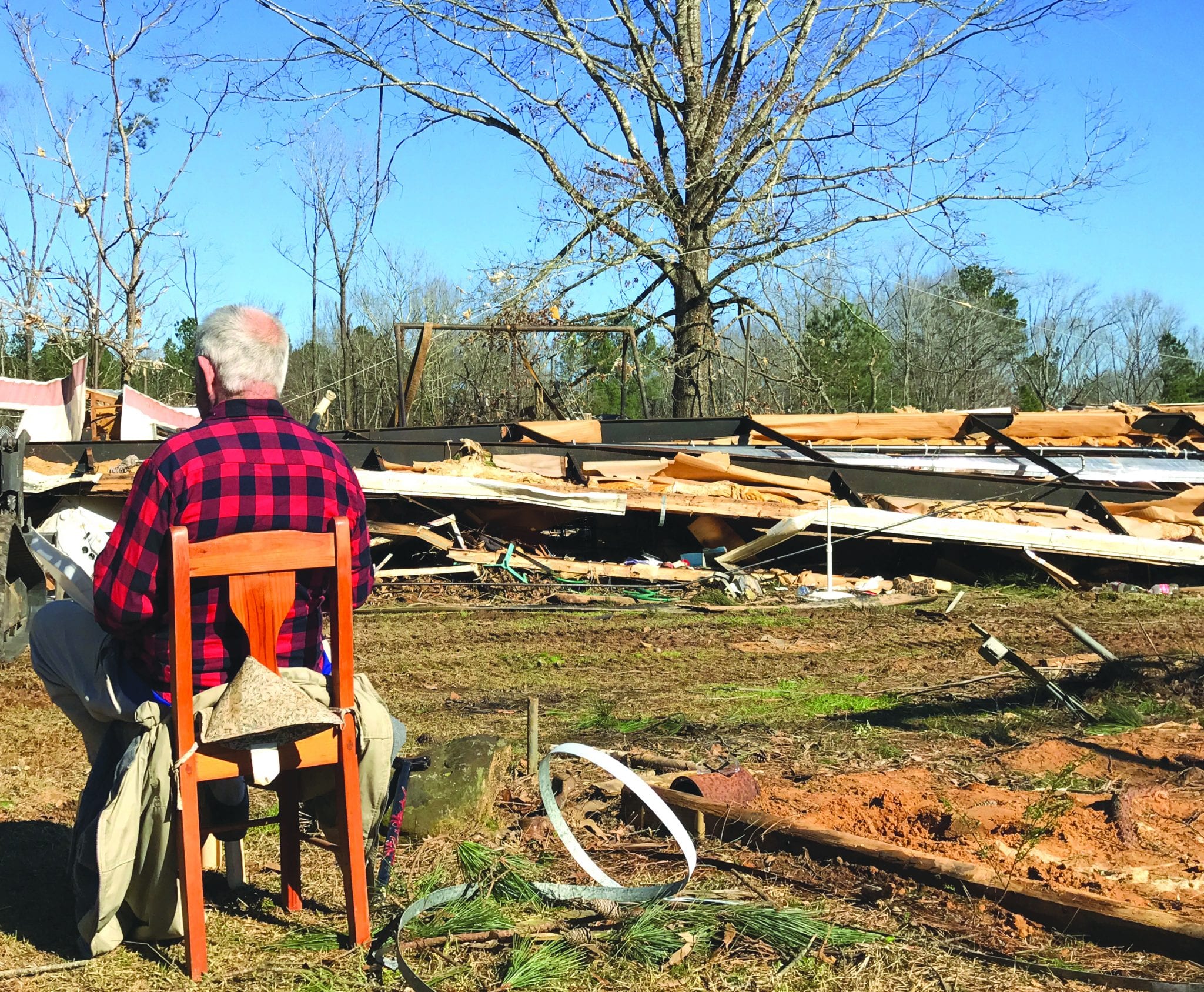 (Photo: Plain Dealing resident Billy Gordon sits outside his demolished home and has a hot meal Monday afternoon. Gordon was one of three residents who suffered a total loss caused by an F2 tornado over the weekend.)

More than two dozen homes were damaged in north Bossier Parish over the weekend after a tornado ripped through the area, leaving many residents to pick up the pieces in its wake.

“I’ll have to start over,” said Billy Gordon as he stared at the remains of his home. “At my age, I’m not going to get too far into it.”

The National Weather Service in Shreveport says an EF2 tornado with winds between 111 and 135 mph touched down late Saturday afternoon.  A total of 29 homes or recreational vehicles in which residents lived were damaged or lost.

There was no loss of life nor major injuries.

Norman McKellar also had his home destroyed by the storm. He said he’s not sure how he survived, but that it “Had to be” by the grace of God.

“I had just come back inside the house when I started hearing stuff hitting the house. It just go worse and worse and all of sudden the house started shaking. We headed for the hall and as soon as we hit the hall, all the windows blew out,” he said. “It started tossing us around, slung me across the house and I got hit in the head by a board, which stunned me for a while. When I got my senses, I went into the tub and just laid there until it finished.”

Overall, Bossier Sheriff’s Office reported they contacted 37 residents as they went door-to-door in the affected area, primarily off of Mott Road, Pleasant Cemetery Hill Road and Kilgore Road off of Highway 2.

“I’m not going to be able to build back. I’ll just have to get me a camper to put over here,” Mr. Gordon said.