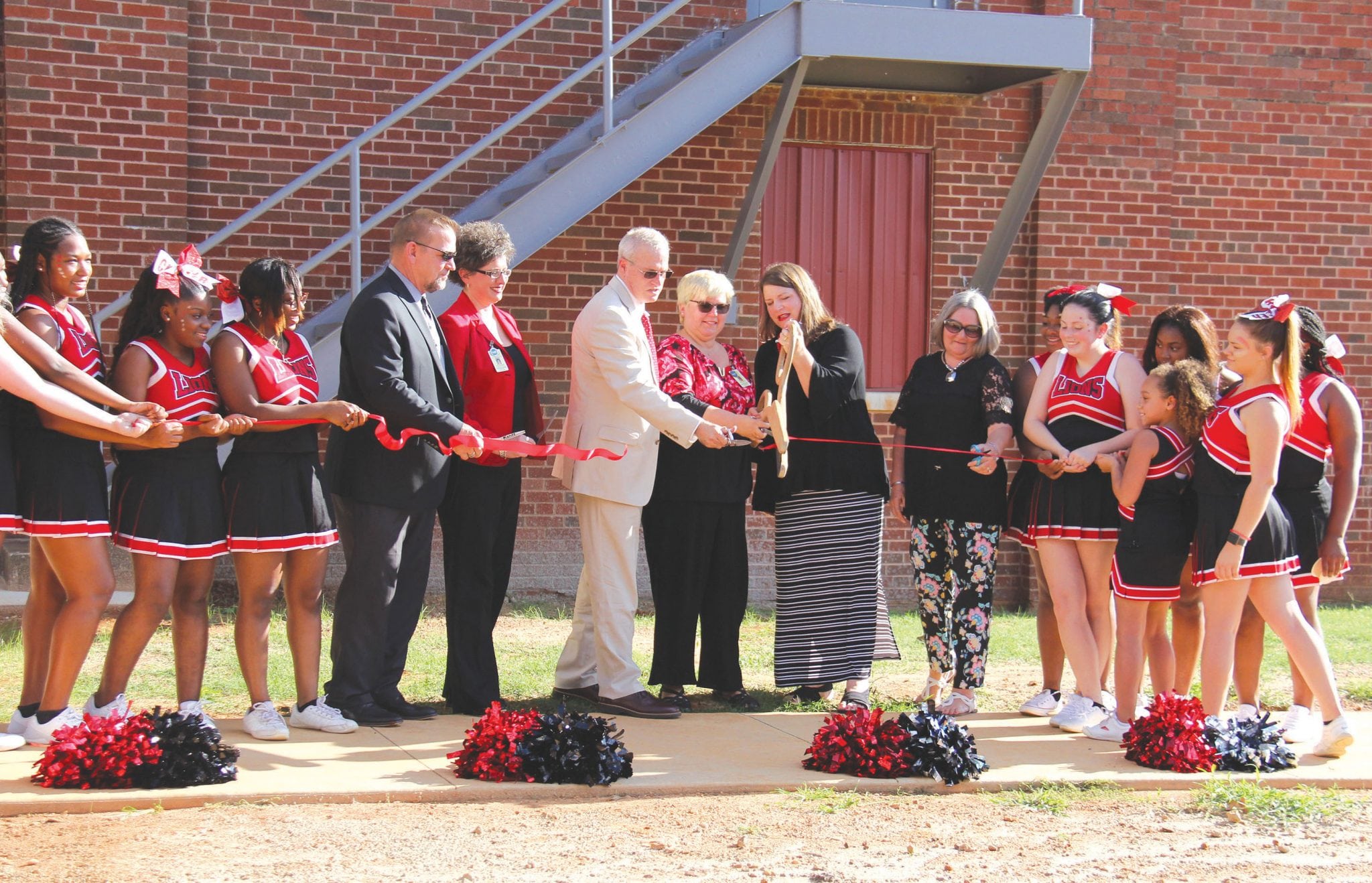 Bossier Schools allocated $750,000 for upgrades throughout the campus. These include a new press box at the football stadium as well as a driveway and parking improvements

“None of this would have happened without one man who thought no matter what the demographics were saying, that we deserve a school in Plain Dealing and that Plain Dealing is a vibrant community that deserves their children going to school here,” said Isebaert. “Thank you, Superintendent Scott Smith.”

Smith said, “I am just so excited as the Superintendent of Bossier Parish School System, along with all of our other board members, to be able to present all of these improvements to the Plain Dealing community. It’s one family, it’s one community, and it’s one school.”

Three pieces of playground equipment have been relocated from Carrie Martin Elementary to the new campus. What used to be a cafeteria has now been converted into a library that will serve all grades and a preschool, kindergarten suite.

Teaching in Plain Dealing for 29 years, Kindergarten Teacher Melissa Pickard said, “The new wing looks really nice. And the kids seem to like it.”

The current reconfiguration is similar to how the school operated in the 1960s.

The old Carrie Martin Elementary will be made into a parent center. It is similar to the Parent Education Center on Cox Street in Bossier City and it will be occupied by community agencies, including the Bossier Council on Aging and the Plant a in our Youth Foundation.

The Bossier Parish School Board voted last May to create a pre-K through 12th grade campus in Plain Dealing.

Bossier Schools officials told the Press-Tribune that when the reconfiguration was first discussed, statistics showed a significant decrease in student population over the past decade and numbers by the board’s demographer showed a continued drop over the next 10 years.

In planning the reconfiguration, a team of administrators studied the feasibility of a unified campus in Plain Dealing, even visiting other schools in the state who have successfully done it.

“Since we had our last meeting with the Plain Dealing community in the fall, we put a tremendous number of administrative hours into developing a plan that we feel would be a very productive plan,” Smith told the Press-Tribune in May of last year.