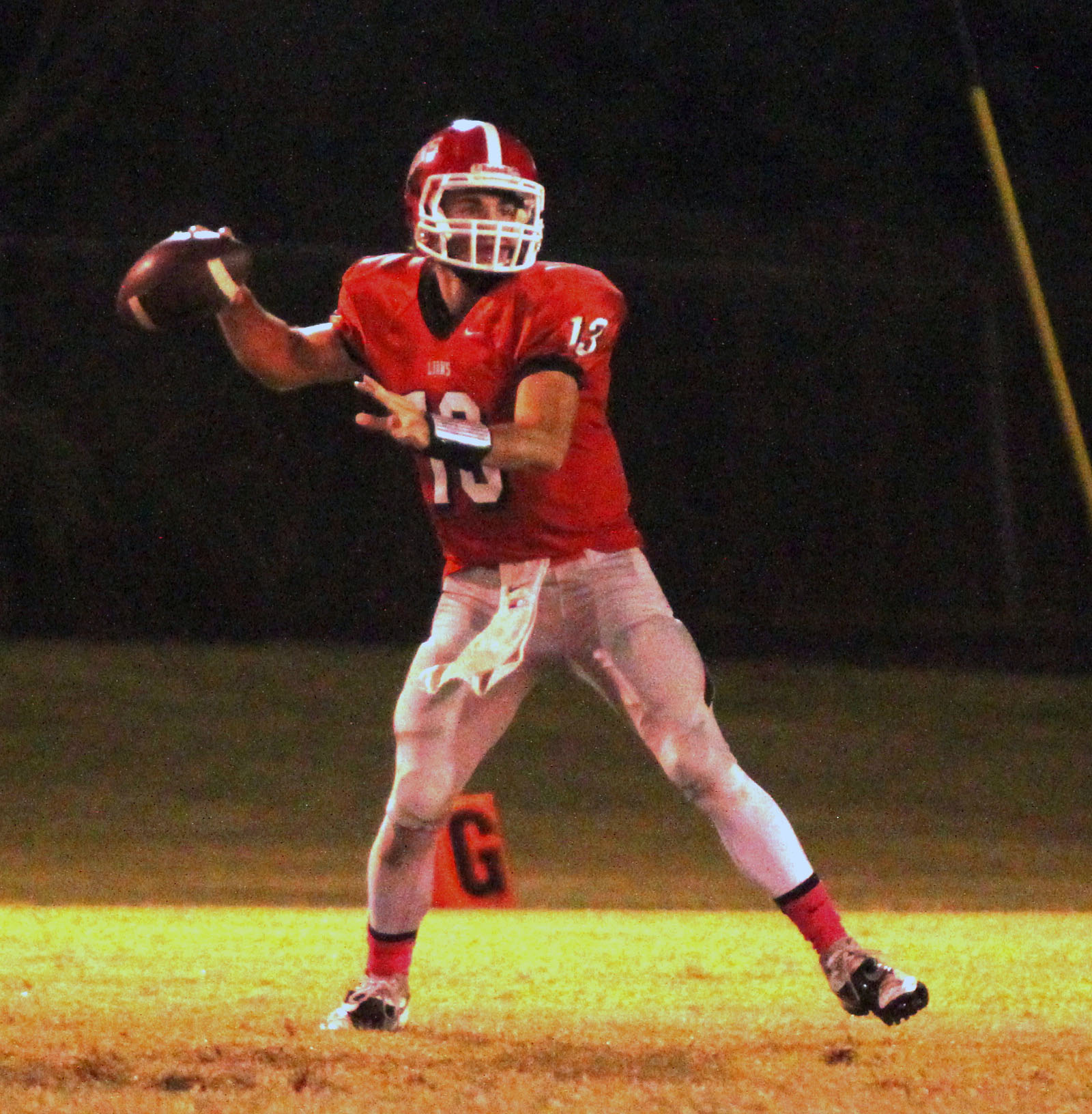 Logan Allen can remember the first football game he played in when he was 9 years old.

“The first play I ever did I think I got a fumble recovery or something,” he said. “I fell in love with it. It  was just so fun.”

That was about eight years ago. Now he’s a senior at Plain Dealing High School and the starting quarterback for the second straight year.

And he’s still having fun.

Allen has led the Lions to a 5-1 record. They need just one more win to equal last season’s total.

Fun is a word you’ll hear often from Allen. One of his  goals coming into the season was to be more of a leader and make this season more fun for him and his teammates.

Allen passed for 2,545 yards and 28 touchdowns during the 2013 regular season. The Lions went 6-6 and reached the second round of the playoffs.

But the season wasn’t as enjoyable as it could have been. Allen thought he was perhaps too negative at times and got on his teammates a little too much.

It’s been different this season.

“It’s been really fun,” he said. “I think this year we’ve been a lot more of a laughing football team. We’ve had a lot more fun with it. I think other than just playing quarterback, just being a leader is something I’ve improved on a lot more than anything.”

Plain Dealing coach Coy Brotheron said Allen and the eight other seniors on the team have all made the season a pleasure so far.

“All those guys, they work hard, they know when to work,” Brotherton said. “But they also kind of make it fun for everybody to be around. Those guys have definitely stepped up.”

Of course, it’s a lot more fun when you’re winning. Plain Dealing’s only loss was 7-6 to Benton in Week 2.  The Lions have averaged 47.6 points in their five victories. 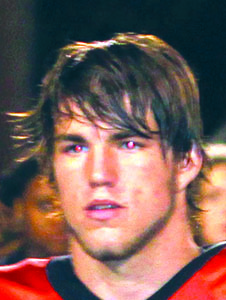 As the star quarterback on a small-town football team, it should come as no surprise that Allen is a popular person. He was crowned Homecoming King during halftime of the Lions’ 44-0 win over North Caddo.

Allen was escorted by his mother, Angela Meyers, during the ceremony.

“It was pretty fun,” he said. “It was different not being in the locker room at halftime. Thankfully we were up 28, so it was a pretty fun experience. It’s something I’ll remember. That’s for sure.”

Brotherton said Allen doesn’t let any of it get to his head.

“We’re such a small school,” he said. “Everybody knows everybody at this school. It’s a big family atmosphere I guess you could say so as a senior in the school I try to help that and make people laugh.”

Allen is very serious about his work ethic, though.

During the offseason, the 6-foot-1, 195-pound Allen worked hard to improve his footwork. That has helped him stay poised in the pocket as he looks downfield for open receivers.

“At the beginning of the season, I think it was OK, I was there a little bit,” he said “But after we played North Caddo I felt really good at it. I was able to step and slide and do stuff like that a lot better.”

Brotherton said Allen added weight and got a lot stronger during the offseason. He also spent time just throwing the ball and working with his receivers when the Lions weren’t playing 7-on-7 games.

Allen has completed 77 of 136 passes for 1,129 yards and 13 touchdowns with just three interceptions this season.

Allen played quarterback some his sophomore season when Deaumante Johnson was injured before taking over the job fulltime last season.

He also plays defense, but he hasn’t played on that side of the ball as much since suffering a minor injury to his left (non-throwing) shoulder in the season opener.

Before his junior season, Allen separated the AC joint in the shoulder, so there was some obvious concern at first. But it turned out to be nothing serious.

“After I got hurt it kind of made me step back and think that it could be taken from you at any second,” he said. “It was kind of scary when it happened. By Sunday I could kind of work it out and I knew I’d be all right eventually.”

Brotherton said Allen’s toughness is one of his strongest assets.

“He’s somebody who would do whatever a coach would ask him to and then try to do some more,” he said. “That talks about his character a little bit and his toughness.”

Allen wants to play football in college. While he doesn’t have any scholarship offers yet, North Texas has shown some interest as well as some smaller schools.

But first he and the Lions have some goals to achieve. During Allen’s high school career, Plain Dealing has never beaten Cedar Creek. Winning the District 1-1A title would also be nice, but that would mean doing something that few Class 1A teams in the state have been able to do — beat Haynesville.

“I think every week has been about just getting better,”  Allen said. “If you miss a block here, kind of make that block the next Friday night or run  the ball better or I need to make better reads. I think each week we’ve progressed and got better at it.”

Whatever happens, Allen wants to keep the fun going as long as possible.