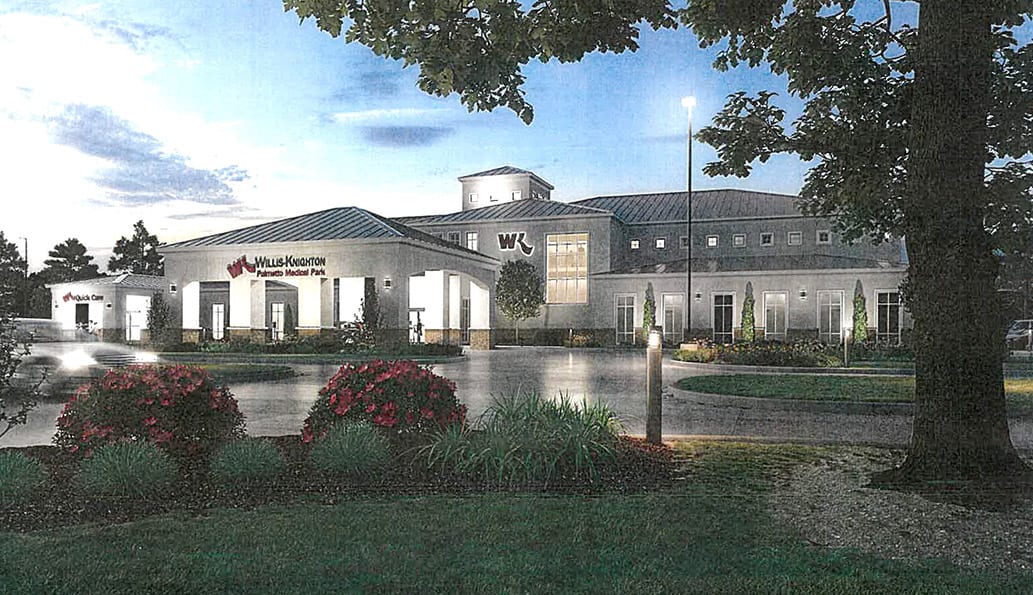 The former Palmetto Country Club will soon have a new look.

“We had a meeting to talk about what else needs to be done for the new facility to be built. We also saw plans of what it will look like,” Ford said.

There will be roughly seven phases to this project. Phase 1 will be called Willis-Knighton Palmetto Medical Park, which will consist of a new Willis-Knighton Quick Care facility.

“Plans for Phase 1 have been submitted. Building permits are being issued as we speak,” said Ford.

He estimates Phase 1 will break ground in two to three weeks.

“Having a quick care and medical facility up there is going to be very helpful for the community. It’s going to be a good benefit to the area,” Ford said.

He also advised the police jury that a community meeting will be held in the next 30 days to show the residents in that area what the new facility will look like.

Ford concluded by noting that Willis-Knighton has been working with the parish on behalf of their acreage drains through Palmetto Park subdivision.

He then asked the Jury to add and vote on participating in a runoff drain around the subdivision.

Following Ford’s remarks and recommendation, the police jury then voted and approved the drains around the Palmetto Park subdivision.

“The storm water will not be draining through Palmetto Park in the future,” said Ford.

Willis-Knighton Health System purchased the property in 2016, a little over a year after the 60-year-old country club permanently closed.