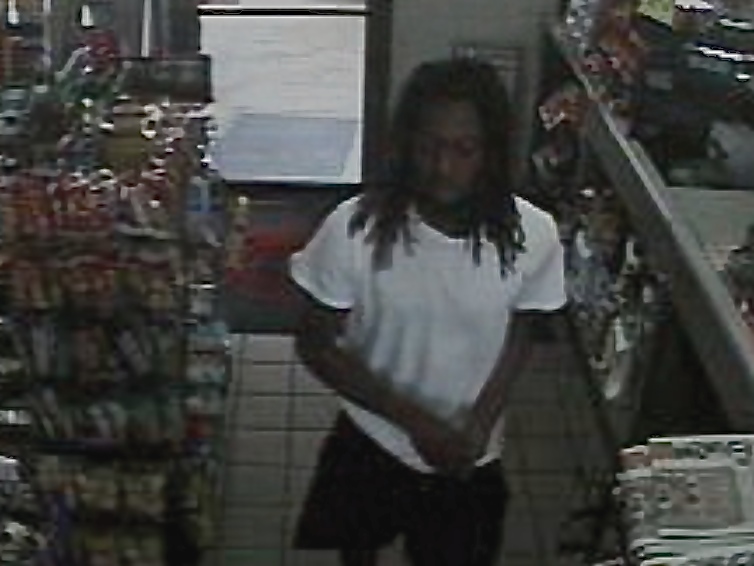 UPDATE: Police received information that helped them identify the suspect in this case as 21-year-old Daledrick Washington of Plain Dealing. Detectives subsequently obtained a warrant for Washington’s arrest on a charge of felony theft. He has since been arrested on that warrant by authorities in Ellis County, Texas. Plans are in the works to extradite him to Bossier City.

The Bossier City Police Department and Bossier Crimes Stoppers are asking the public for help identifying and locating a man caught on video stealing money from a local business.

The theft happened at the Valero gas station and convenience store in the 100 block of Benton Spur on October 5.  The suspect – a black male with dreadlocks who was wearing a Baltimore Orioles baseball cap, a pink polo shirt and dark colored shorts – entered the store and is seen on security camera video going directly to the manager’s office where he took an undisclosed amount of money off of a desk and fled the scene in a blue colored passenger car, possible a Nissan Sentra.

About 10 minutes prior to the incident, the suspect was seen on security camera video coming into the store and peeking inside the office at the money on the desk. He then left, put on the cap and pink shirt and returned to the store to take the money.  Anyone with information regarding the identity and whereabouts of this suspect is urged to call Bossier Crime Stoppers at 318-424-4100. Callers can remain anonymous and may be eligible for a cash reward.