The Bossier City Police Department is asking the public for help with identifying an armed man caught on a security camera robbing a local motel this past weekend. 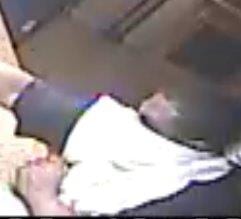 The robbery happened just before midnight on Sunday, April 23 at the Bossier Inn and Suites in the 700 block of Diamond Jacks Boulevard. The suspect entered the motel lobby armed with a handgun and demanded money from the front desk clerk.  The suspect then fled with an undisclosed amount of cash. The clerk was not injured.

wearing a blue shirt, dark colored pants and had his face covered with a towel.

An image of a dark colored 4-door sedan that detectives believe was the suspect’s vehicle was also caught on a security camera.

Anyone who can help police identify this suspect is asked to contact Bossier City Stoppers at (318) 424-4100.  They can also submit a web tip via the Bossier Crime Stoppers website – bossiercrimestoppers.org. Persons who contact Crime Stoppers are reminded they may remain totally anonymous and could be eligible for a cash reward.