UPDATE: Upon locating and interviewing Benjamin Adam Ashcraft this morning, detectives concluded that no criminal charges are warranted in regard to his involvement in Sunday’s incident. Detectives learned the child’s mother, Celeste Marie Wilson, 36, of Shreveport gave her consent for Ashcraft to watch her son and her vehicle while she went into the casino. Ashcraft messaged Wilson who agreed to meet him in front of the Horseshoe Casino to get her child but she never showed up. Because of that, Wilson was arrested today on a criminal warrant for child desertion and booked into the Bossier City Jail. When Wilson failed to meet Ashcraft and her child, Ashcraft left in Wilson’s vehicle and went to a friend’s home in Shreveport where an acquaintance agreed to take the boy to her home in Princeton and watch after him until Wilson could be contacted. Ashcraft later abandoned the vehicle at the intersection of Hearne Ave. and I-20 in Shreveport due to a mechanical issue.

The original story is below:

Bossier City Police are asking the public for help with locating a person of interest who left a casino with a child early Sunday morning. 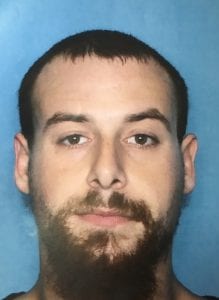 The mother of 2-year old Gage Walker Roe told police that she and her boyfriend, Benjamin Adam Ashcraft, 25, of Shreveport went to the Horseshoe Casino during the early morning hours Sunday and brought along Roe with them. While the child’s mother was in the casino, Ashcraft who had stayed in the SUV with her son in the parking garage, left before the woman returned.

The SUV was located a few hours later in Shreveport at the intersection of Hearne Avenue and I-20 but neither Ashcraft or the boy were found.

Anyone who may have information on Ashcraft’s whereabouts is asked to call detectives at (318) 741-8665.