UPDATE: Anthony J. Young turned himself over to detectives Thursday evening at Bossier City Police Headquarters. He was booked into the Bossier City Jail on a charge of attempted second degree murder.

The Bossier City Police Department is asking the public for help with locating a man wanted on a charge of attempted murder in connection with an incident earlier this week at a local apartment complex. 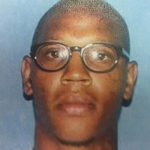 Detectives with the Violent Crimes Unit are looking for Anthony Joeva Young, age 27, of Bossier City for allegedly firing multiple gunshots at another man just before noon Monday on the grounds of the Cloverdale Plaza Apartments in 2200 block of Shed Road. Young then fled the scene in vehicle. His intended victim was not wounded.

Young is described as a black male weighing 150 pounds and 5’10” tall. He also has a mark on the left side of his neck where it appears he had a tattoo removed. Police consider Young to be armed and dangerous.