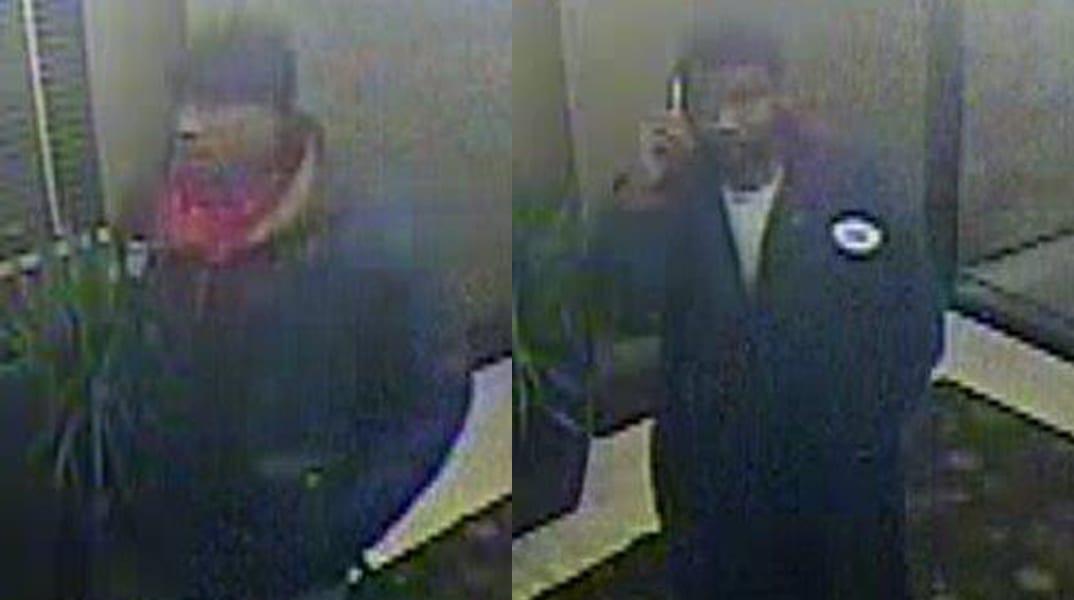 The Bossier City Police Department is asking the public for help with identifying two suspects who robbed a local hotel overnight.

The robbery happened just after 2 a.m. Tuesday at the Hilton Garden Inn in the 2000 block of Old Minden Road. The two suspects entered the lobby, approached an employee at the check in desk and then one of the suspects produced a handgun. Both suspects robbed the hotel of an undisclosed amount of cash before fleeing on foot.  The employee was not injured.

Both suspects are described as black males and were caught on security cameras. One of the suspects was wearing navy jacket, blue jeans and a red bandana around his neck while the other was dressed in what appeared to be work coveralls.

Anyone who can help police identify these suspects is asked to contact Bossier City Stoppers at (318) 424-4100.  They can also submit a web tip via the Bossier Crime Stoppers website – bossiercrimestoppers.org. Persons who contact Crime Stoppers are reminded they may remain totally anonymous and could be eligible for a cash reward.