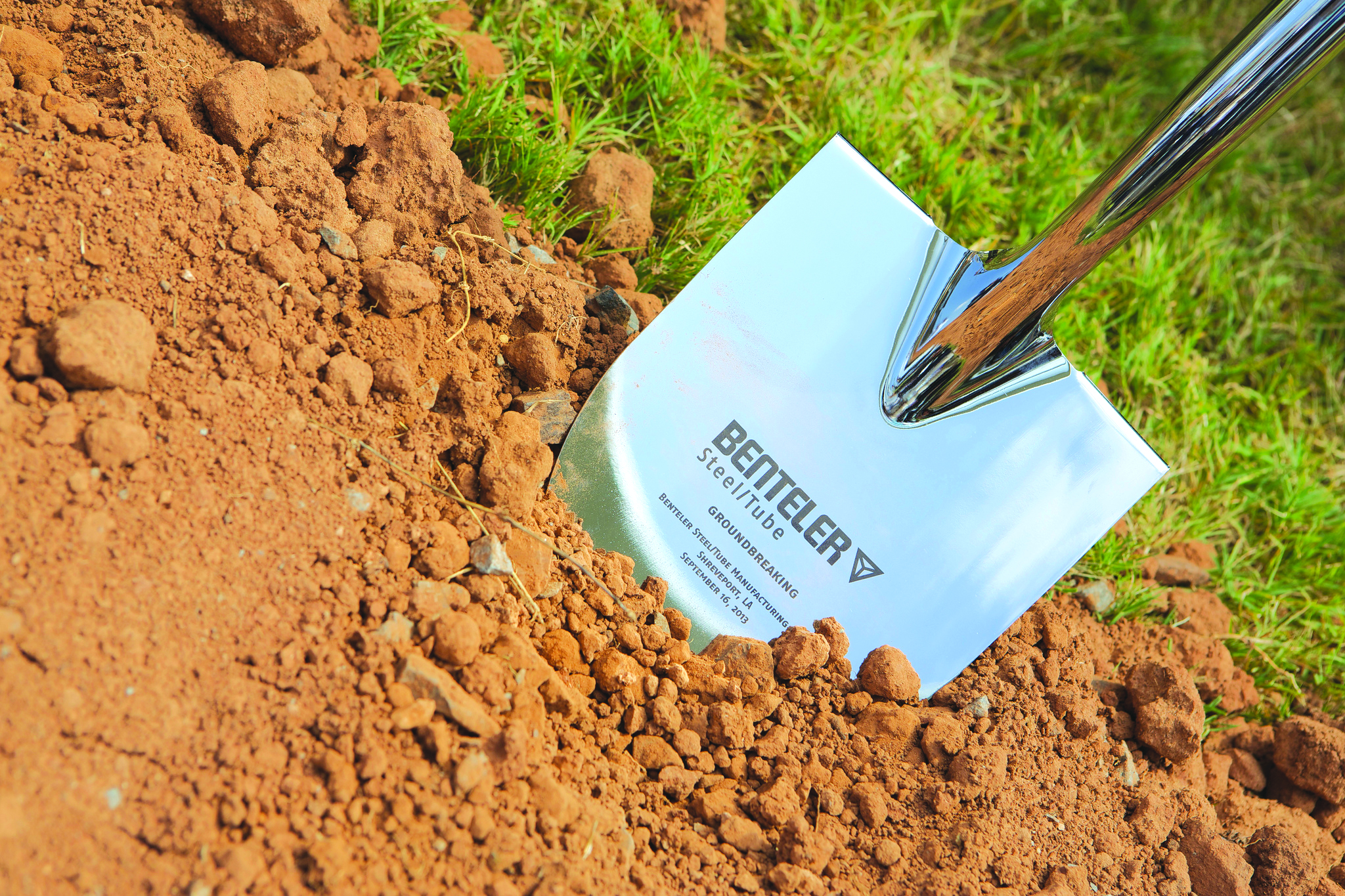 The project’s first phase – a hot-rolling seamless steel tube facility – will be completed in the third quarter of 2015. A second phase will lead to the opening of a steel mill with an electric arc furnace in 2020. When complete, the project will span 1.35 million square feet on 330 acres at the port.

The Benteler Steel/Tube division will create 675 new direct jobs with the project, with an average salary of $50,000 plus benefits.

A Louisiana State University economic impact analysis estimates an additional 1,540 indirect jobs will result, for a total of more than 2,200 new jobs. An estimated 1,000 construction jobs will be created by the Benteler Steel/Tube project, and LSU estimates the project will result in $2.7 billion in total new earnings and a cumulative economic impact of $16.2 billion for the Northwest Louisiana region over the next two decades.

“Benteler considered building this new project in a dozen other states, but chose Louisiana because we are in the heart of America’s energy corridor and because we have a strong business climate, world-class shipping infrastructure, and the best workers in the world,” Jindal added.

The new manufacturing facility will be the Germany-based company’s first facility in the U.S.

“With more than 25 percent of our steel/tube products already flowing into the United States, and demand expected to increase, this new Caddo Parish plant is poised to play a critical role in supporting the U.S. domestic energy industry,” Matthias Jaeger, president and CEO of Benteler Steel/Tube GmbH.

To secure the project, LED offered Benteler a customized incentive package that includes performance-based grants totaling $57.4 million to reimburse site development, infrastructure and equipment costs incurred by the port and the company over the next few years of construction and operations; a performance-based grant of $12.75 million to reimburse certain relocation and internal training expenses; and the development of the 65,000-square-foot BPCC Center for Advanced Manufacturing and Engineering Technology now under construction on the campus of Bossier Parish Community College in Bossier City.

The BPCC Center for Advanced Manufacturing and Engineering Technology will focus initially on meeting the training needs of Benteler. Once initial training needs have been met, the facility will serve the broader needs of growing manufacturers throughout the region. The total value of the new training center will be approximately $22 million, including land, infrastructure, building and equipment. The Greater Bossier Economic Development Foundation, the City of Bossier City and the Bossier Parish Police Jury will contribute a combined $1 million, of the $22 million total, to provide road and other infrastructure improvements needed for the new training center.

“We are proud to call Benteler Steel/Tube our area’s newest corporate partner,” said Bossier City Mayor Lorenz Walker. “This is a landmark investment in our economy, the benefits of which will be enjoyed for generations to come not only in terms of good-paying jobs but also with the additional economic development that this state-of-the-art facility will generate for North Louisiana.”

Other regional partners contributing to infrastructure improvements for the project at the port include the Red River Waterway Commission ($6 million), The Port of Caddo-Bossier ($3 million) and the Caddo Parish Commission ($2.6 million).

In addition, Benteler Steel/Tube will receive the services of LED FastStart® – ranked the No. 1 state workforce-training program in the nation. The company also is expected to utilize Louisiana’s Quality Jobs and Industrial Tax Exemption incentive programs.

“We’re extremely grateful to see the excitement of Benteler’s historic investment in our community become a reality as they break ground on their new home at The Port of Caddo-Bossier,” said President Erica Bryant of the Caddo-Bossier Parishes Port Commission.

The bulk of the full-time employee hiring for the first phase of the project is anticipated to occur in 2014. Interested parties may register for updates at bentelerjobsinlouisiana.com. The site includes background on the company, a video about the region’s quality of life, and a sign-up form that will allow job seekers to be contacted when hiring begins.

“Today’s groundbreaking ceremony for Benteler Steel/Tube marks a historic occasion for our community,” said President Scott Martinez of the North Louisiana Economic Partnership. “This project not only represents one of the largest capital investments in North Louisiana’s history but also signals a shift in how we recruit companies to our region. I’m very proud of the teamwork by state, regional and local partners which brought Benteler Steel/Tube to North Louisiana.”

Benteler Steel/Tube possesses decades of experience in the development, production and sale of seamless hot-rolled and seamless cold-drawn steel tubes. The company is a business unit of privately held Benteler International AG, which is based in Salzburg, Austria.

The seamless steel tubes produced by the facility will be used for the exploration and transportation of oil and gas, as well as for the generation of power and mechanical applications. The output of the new Louisiana facility will be destined for such locations as Illinois, Indiana, Ohio and Texas.

The $975 million facility will be capable of producing up to 320,000 tons of steel tube product annually. Benteler’s analysis of Oil Country Tubular Goods (OCTG) markets in the U.S. shows strong demand through 2035 as the nation reduces energy imports and increases domestic production.