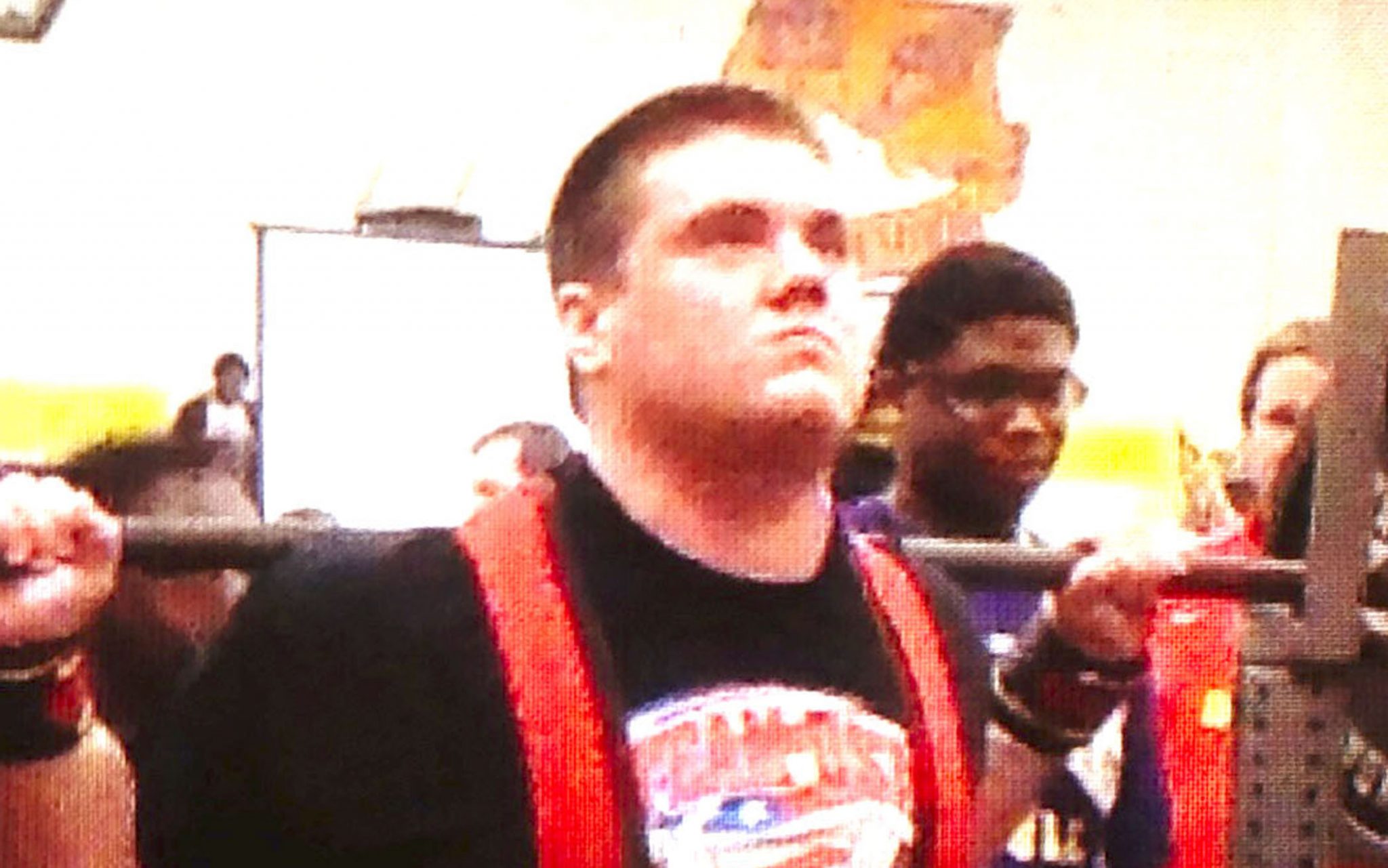 Whether in the weight room or on the football field, Parkway senior Matt Harper always gives his team a power lift.

Harper was an All-Parish defensive lineman on Parkway’s state runner-up football team, but where he has really made a name for himself is as a member of the school’s powerlifting team.

Harper was already competing individually as a powerlifter when Justin Scogin joined Parkway’s football team as offensive coordinator a couple of seasons ago. Scogin, in turn, helped launch the school’s powerlifting program that has done well in its own right while benefitting football and other sports as well.

“It’s a good addition to a strength and conditioning program,” Scogin said. “Kids can work out and improve their strength. We have a good thing going here at Parkway. All of our sports teams work in unison to get everything done.”

Harper has been one of the premiere powerlifters not only in the state and country, but also in the world the last two years. During that span he has set numerous records at Louisiana High School Athletic Association events. He has also competed in USA Powerlifting events.

Powerlifting consists of three types of lifts: squats, bench press and deadlift. The scores in each event are totaled for an overall score.Although good in all three lifts, Harper’s best event is bench press.

Harper knows firsthand that powerlifting has helped him as a football player. Having already done some powerlifting individually and strengthened his body, Harper saw some playing time on the football field as a freshman and became a starter as a sophomore on defense.

“I had the same strength if not more than seniors and juniors,” Harper said.

As a junior, Harper competed in the 275-pound weight class but as a senior he competes in the Super Heavy Weight division (275 pound plus). He had first-place finishes at several meets last year and finished second at the Division I state championships and at the World competition. He holds the LHSAA North Regional record for total weight.

This season he has won several meets and was named Most Outstanding Lifter on the big lifters platform at the North Regional Championship, where he set Super Heavy Weight Regional records for bench press (500 pounds) and total weight (1,740).

With the state competition coming up Saturday, Harper is in familiar territory and aiming high.

For the second straight year he is the top seed in his weight class. Last year, with a back injury two weeks before the state meet, Harper came up a mere five pounds short of a state title and had to settle for second place.

His goal is to lift 515 pounds in bench press, 600 pounds in deadlift and exceed 680 pounds in squat.

“I’d like to hit 700 pounds in squat, just whatever it takes to win but not get injured,” Harper said.

Unlike football that finished second in the state, Harper knows the numbers pretty much ensure Parkway won’t be in the running for a state powerlifting title because only five team members are competing in the state meet. Only the top three in Class 5A advance to the state meet, and many teams have 11 competitors.

What the team lacks in raw numbers, Harper feels the team makes up for in quality and envisions a top 10 finish for the team. And with both the program and team members relatively young, the program has a solid nucleus on which to build.

Football and powerlifting consume much of his life, while trying to balance school, family and a social life.

He said this past football season, while very satisfying, was difficult for him to maintain his strength and training because of the deep playoff run.

Although the two sports complement each other, they are vastly different.

What he has learned most from powerlifting are traits such as discipline, dedication and self-reliance that will help him for life.

“In powerlifting, if you need 600 pounds for a win, you either get it or not get it,” Harper said. “Ultimately it comes down to what you can do. In football, if I miss a tackle, someone else has an opportunity to make a play.”