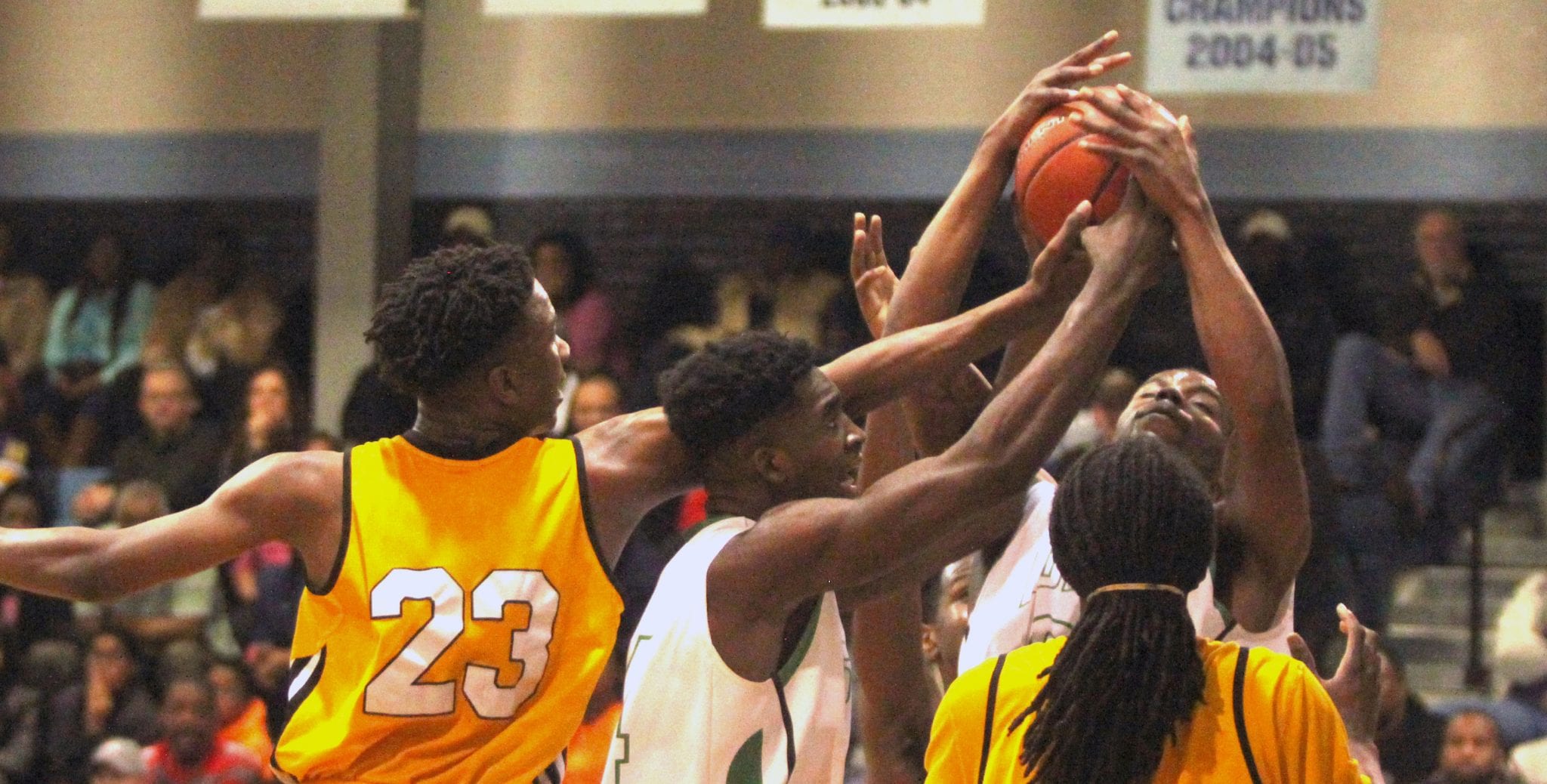 Bossier dropped a 36-33 decision to District 1-4A foe Fair Park in the boys finals. Benton lost to undefeated Red River 63-40 in the girls finals.

Airline took third place in the boys division with a 69-59 victory over Huntington. North Caddo defeated Southwood 62-51 in the girls third-place game.

Parkway fell to Red River 62-60 in the boys consolation finals. Huntington won the girls consolation with a 61-53 victory over Woodlawn.

The quarter scores of the boys championship game resembled a football game. Bossier led 7-0 after one and 13-7 after two. It was tied at 24 after three.

Fair Park managed to take a four-point lead midway through the fourth quarter. But Bossier cut it one on a Larry Robinson free throw with 1:05 left.

The Indians answered with two free throws, but Bossier’s Chris Davenport made it a one-point game again with 25 seconds left.

Fair Park’s Donnie Perkins sank two free throws with 20.1 seconds left to give the Indians the 36-33 lead.
Davenport put up a well-defended 3-point shot from the baseline with about 5 seconds left that didn’t come close.

Perkins led Fair Park with 15 points and was named the tournament MVP. Robinson led Bossier with 11 points. He and Travis Manning were named to the all-tournament team.

Fair Park improved to 12-3. Bossier dropped to 12-6. Both the Indians and the Bearkats are in next week’s Bossier Invitational and will play twice in district.

Red River scored at will from inside and outside. The Lady Bulldogs sank seven 3-pointers.

Freshman Makayla Hallmon, who led the team with 16 points, was named the tournament MVP. Kimberly Burton added 13 points and Oksanna Williams had 11.

Benton (13-7) was coming off an emotional 71-65 semifinal victory over previously undefeated North Caddo in Tuesday’s semifinals.

Airline’s KJ Bilbo had one of his best games of the season in the third-place game victory. The junior forward scored 22 points. Jacob Guest also had one of his better games, hitting three 3-pointers and scoring 14. Will Roberson added 12. The Vikings improved to 9-10.

Parkway took a 48-43 lead into the fourth quarter of the boys consolation finals against Red River but couldn’t hold it. The Bulldogs outscored the Panthers 19-12.