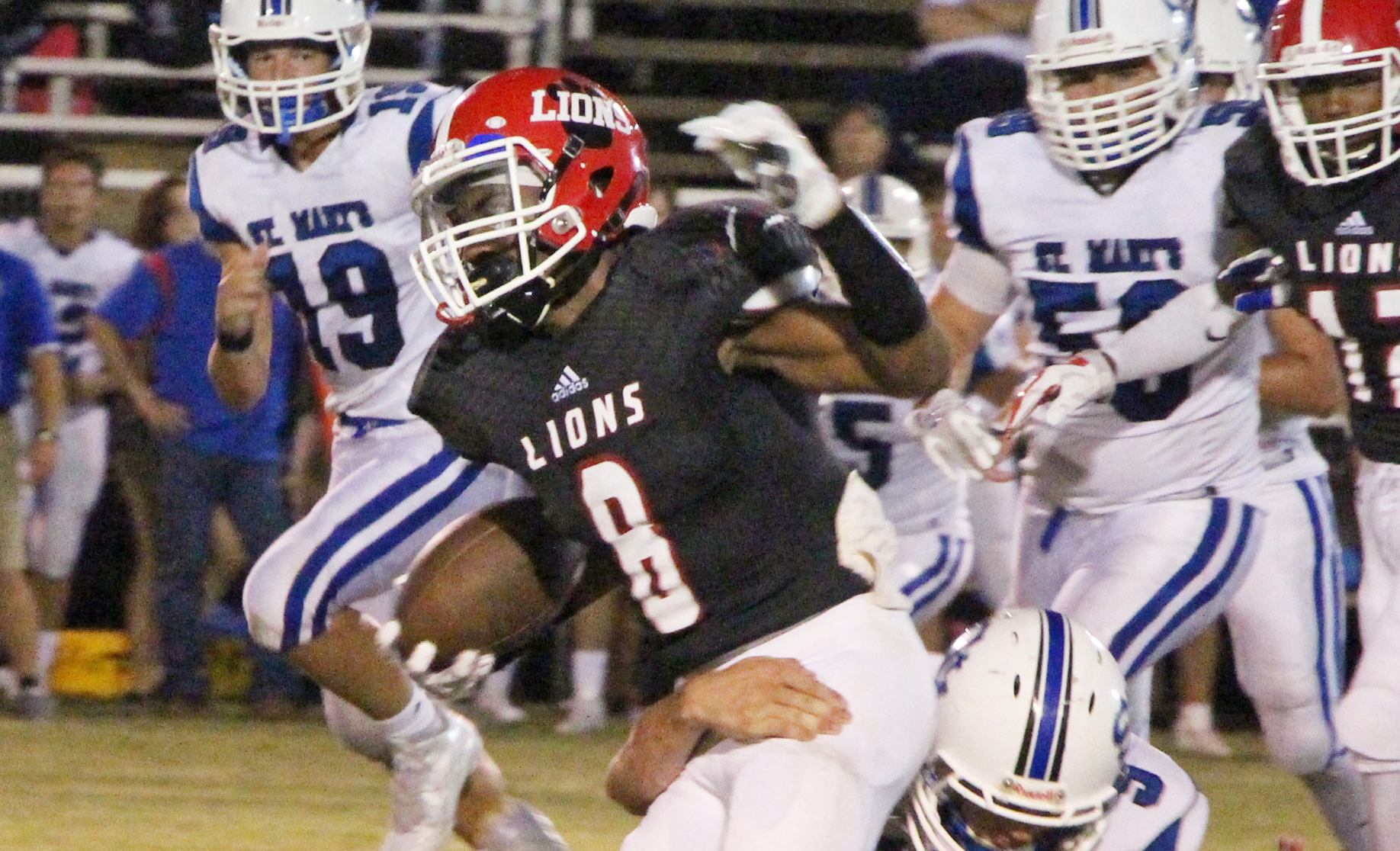 Keldrick Carper scored two touchdowns to lead the Plain Dealing Lions to a 14-7 victory over Homer in a District 1-1A opener at Homer.

The Lions evened their overall record at 2-2 under first-year head coach James Thurman. Homer dropped to 1-3.

Thurman was pleased with how his team rebounded after last wee’s 54-6 loss to St. Mary’s, which is ranked No. 1 in the Louisiana Sports Writers Association Class 1A poll.

“I knew going in last week that St. Mary’s was for real, and I guess them beating Loyola (Friday) sort of solidified that,” he said. “Looking back, there were some weird things that went on. I’m not trying to say that if they didn’t go on we would’ve beaten St. Mary’s, but I don’t think they’re 50 points better than us. They’re probably a good two to three touchdowns better than us for sure. I’m not really holding my head down about that one.

“It was good to get a win tonight. We battled through it and had some opportunities. We left some points off the board. We were down inside the red zone two other times and couldn’t punch it in and we finished the game down inside the 30.’’

Carper scored his first touchdown on a 25-yard pass from Matt Sullivan.

“It was a little pass out in the flat where he broke two tackles and scored,” Thurman said.

Carper took the second-half kickoff back 60 yards for his second TD which put the Lions up 14-0.

Homer made things interesting with a touchdown set up by a long pass.

But other than that, Plain Dealing played “lights out” on defense, Thurman said. The Lions had numerous tackles for losses.

Offensively, Plain Dealing did most of its damage on the ground.

Derreon Washington rushed for 78 yards on 16 carries. Carper, who played quarterback in the Wildcat formation at times, gained 66 yards on 14 carries.

Sullivan completed four of 12 passes for 48 yards with three of those going to Carper for 40.

Plain Dealing was able to run out the clock after taking over with about 3 minutes left in the game.

“Offensively, we’re still not there,” Thurman said. “We’re dropping balls and getting little penalties here and there that are drive killers.”

Plain Dealing returns home Friday for a clash against defending state champ Haynesville. The Tors improved to 2-2 with a 57-38 district-opening win over Arcadia Friday.