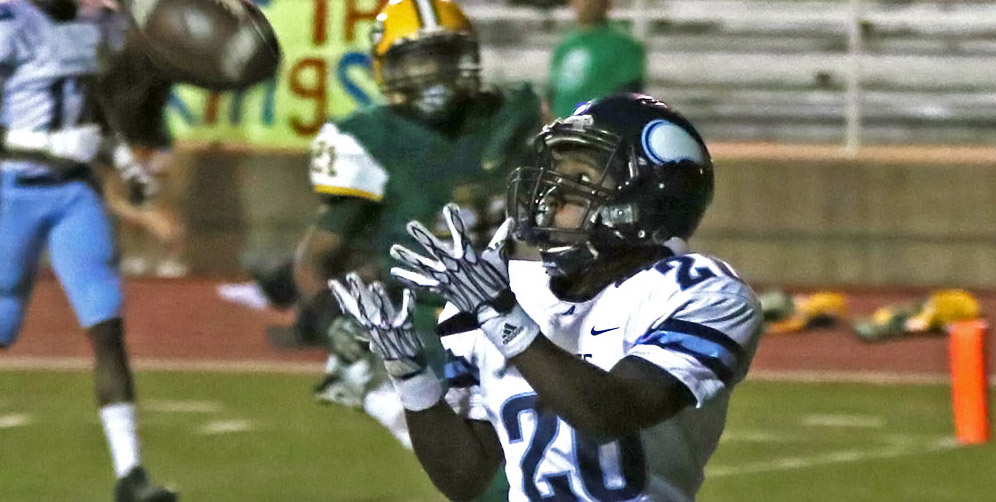 The Airline Vikings overcame a sluggish start en route to a 56-21 victory over the Captain Shreve Gators in a District 1-5A game Friday night at Lee Hedges Stadium.

Airline improved to 5-0 overall and 2-0 in 1-5A. The Vikings lead Evangel and Haughton by a half-game. This is the first time since Bo Meeks took over as head coach in 2011 that Airline has completed the first half of the regular season undefeated.

Airline rallied and took a 14-7 lead. The Vikings appeared to headed for a three-touchdown advantage but the Gators intercepted a pass and returned it to the Airline 15, setting up their second TD.

“We gave up a big play first play of the game,” Meeks said. “And then we had a turnover. From that point on we played pretty well, kind of took over the line of scrimmage.”

The Vikings scored twice more in the second quarter to take a 28-14 halftime lead.

Brian Fielding added two touchdowns and had several other big runs. DeAngelo Pouncy returned an interception for a touchdown.

“We did what we’ve been doing,” Meeks said. “Thomas had some nice throws on third down. The offensive line and the running backs dominated. They did a really good job.”

Airline faces Mansfield for homecoming Thursday night. The Wolverines dropped to 0-5 with a 28-14 loss to Logansport Friday. The Vikings resume district play Oct. 16 at Haughton. After that it’s Evangel, Byrd and Parkway.

“Obviously, in our district don’t have any easy games,” Meeks said. “The rest of the schedule is going to challenging, but we’re going to spend three days getting ready to play our best Thursday night against Mansfield.”