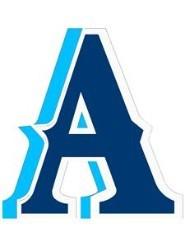 The Airline Vikings remained undefeated with a 45-0 shellacking of the Southwood Cowboys in a District 1-5A opener Friday night at Airline Stadium.

The Vikings held the Cowboys to just 92 total yards, including eight rushing. It was Airline’s second shutout of the season. Southwood (0-4) has been shu tout in three of its four games.

The Vikings jumped out to a quick 14-0 lead on a 79-yard pass from Thomas McKain to Cameron Howell and an 8-yard Javarious Jones run.

McKain completed seven of 10 passes for 149 yards. Howell finished the night with four catches for 120 yards.

“We started really fast,” Meeks said. “We scored on our first two possessions and got a quick lead. They never really threatened. We played great defense all night long. We established the line of scrimmage and they never could get in any sort of rhythm.”

After struggling a little late in the first quarter and early in the second, Airline got back on track and padded their lead. Gabe Rodriguez booted a 40-yard field goal and Shun’Cee Thomas scored on a 2-yard run to give the Vikings a comfortable 31-0 halftime advantage.

“We had a little trouble finishing drives when we hit that stretch,” Meeks said. “After that we picked up and finished well. We forced some turnovers and got some short fields. I was really pleased with the overall effort.”

In the second half, Jones went 19 yards for a score after catching a McKain pass and Thomas tacked on a 13-yard touchdown run. Backup QB Tarik Demery passed 19 yards to Cameron Taylor for the final touchdown.