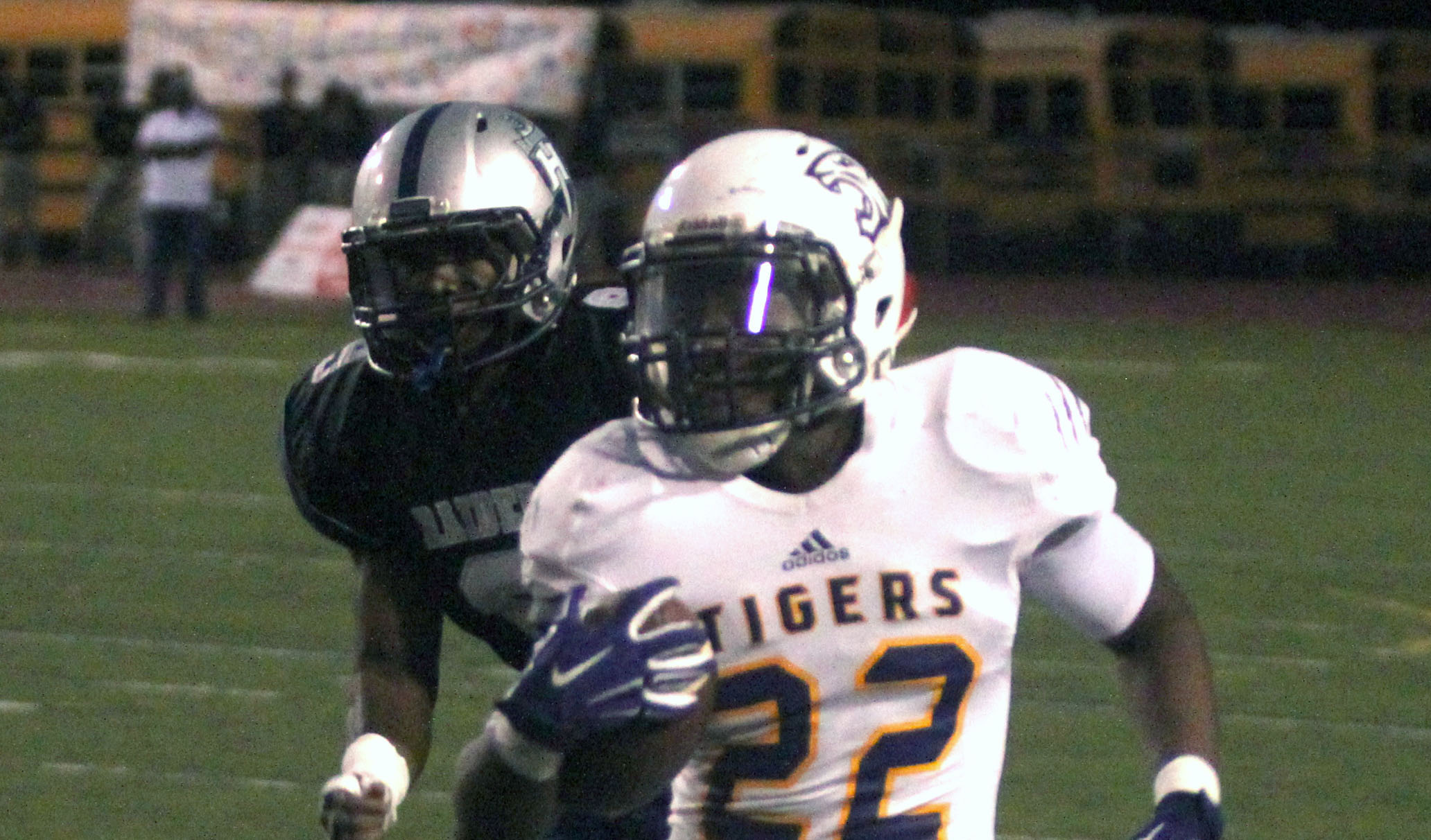 The Benton Tigers opened District 1-4A play Friday night with a 45-18 victory over the Huntington Raiders at Lee Hedges Stadium.

“It was not a huge night numbers-wise for us,” Benton coach Reynolds Moore said. “But we were efficient.”

“It was really big that our guys locked into this game tonight and didn’t look ahead to either one of the next two knowing what Huntington brings to the table,” Moore said. “I feel our guys locked in on this game and didn’t worry about anything else. I told them in the locker room to go enjoy this and it’s over tomorrow and we’ll start getting ready for North DeSoto.”

Things couldn’t have started much worse for the Tigers. They fumbled on the first play and the Raiders recovered.

But the defense held and then Benton got the first break of the game. The Tigers recovered a high snap to the quarterback and Chauncey Taylor scored from 3 yards out.

“That’s tough to bounce back from but our defense held and gave us a shot,” Moore said “That was a big, big possession to be able to stop them right there and turn it around.”

Benton scored again in the first quarter on the first Hable-to-Westmoreland connection. Westmoreland leapt for the ball in the corner of the end zone with a Raider hanging all over him and still held on to it.

Doyle Adams Jr., who caught a touchdown pass late in he first half, had a nice run on the drive.

Westmoreland’s second TD catch and Brooks Cram’s third conversion made it 21-0 early in the second quarter.

But the Raiders rallied with two quick TDs, including a 79-yard run by quarterback Larry Moton. A sophomore speedster, Moton didn’t play in the first quarter because of an injury.

The Tigers stopped two-point conversion tries after both TDs and still led 21-12. They regained control with a short Cram field goal and Hable’s pass to Adams for a 31-12 halftime lead.

Hable completed nine of 12 passes for 112 yards. Clayton Festavan caught a touchdown pass in the second half and Sam Simmons scored on a short run. Jermaine Newton, another sophomore, helped the Tigers control the ball with a good night on the ground.

The defense held the Raiders to 227 yards with more than a third of that coming on Moton’s TD run.

Huntington was penalized 15 times for 150 yards, and Moton was limited in what he could do. Moore said both helped the Tigers cause, but he thought his defense rose to the challenge.

“We really did a good job of containing them, making them earn everything,” he said. “We gave them a few things and they took advantage of it a couple of times, but when we settled in I thought our guys did a very good job of tackling and wrapping up and keeping them in long-yardage situations.”