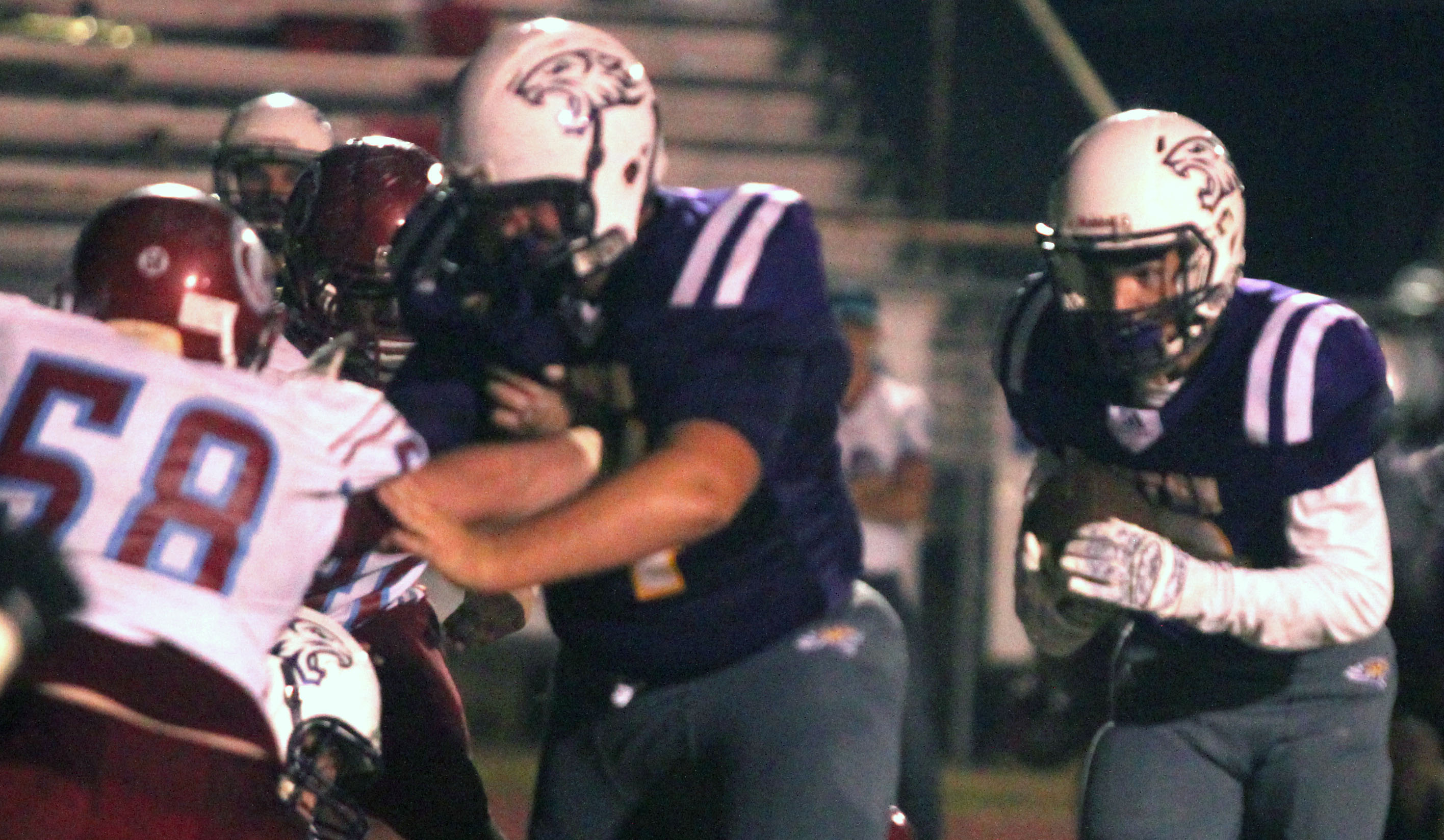 For the second straight year, it looked like the Minden-Benton game was going to go to overtime.

The game was tied at 34 with less than a minute to play. Minden had the ball in its territory.

But overtime was anything but assured with the way the game had gone to that point. Minden had shown it was capable of scoring from anywhere on the field.

Instead, a Benton defense that struggled to stop the Tide came up big. TJ Anderson hit quarterback Antonio Rivette and knocked the ball loose. Jake Norris scooped it up and ran 17 yards for a touchdown. Brooks Cram’s extra-point made it 41-34 with 26.9 seconds later.

And still it wasn’t over.

Minden’s L’Jarius Sneed, who had a phenomenal game, appeared to be trapped deep in Tide territory on the kickoff return. But he somehow escaped and hit the sideline.

The Minden crowd roared. Finally, Norris, the Tigers’ kicker, slowed Sneed down and Dorsavion Williams came in for the tackle at the Benton 35. Understandably, it took an exhausted Sneed a few minutes to get to his feet.

Rivette went back to pass. His throw went out of bounds around the 10 as the clocked hit :00.

A year ago, the Tigers walked off their home field dejected after losing in overtime. This time, they got to celebrate.

“That was a big game right there,” Benton coach Reynolds Moore said. “We kind of huddled up in the end zone right there before the game and I reminded them this spot right here they made an incredible play (in OT) and we didn’t finish. And tonight our goal was to finish.

“At halftime we came out and stretched and huddled up right in that spot. I told them last year we had the opportunity to put them away and we didn’t finish. They didn’t go away tonight either. Thankfully our guys held on and we got a big play from out defense there at the end.”

Benton led 27-13 at the half, driving for a touchdown in the final minute. Garrett Hable hit Doyle Adams Jr. and he scored from 9 yards out.

That proved to be huge. Benton had a chance to take a three-touchdown lead early in the third quarter but couldn’t finish a drive.

Then Rivette and Sneed rallied Minden. Sneed caught touchdown passes of 22 and 78 yards to tie the game at 27. Sneed basically used his athletic ability to position himself and outjump Benton defenders for the ball.

Benton’s offense, which generated more than 300 yards in the first half, finally put together a touchdown drive early in the fourth quarter helped by personal foul and unsportsmanlike conduct penalties against Minden.

Hable hit Collin Milton around the 10. He broke a tackle and raced into the end zone with a Tide defender lunging at his feet.

But Sneed and Rivette weren’t done. After a kickoff return to the Minden 47, Rivette threw it up for Sneed again. He made the catch near the Benton sideline and basically carried a couple of defenders 15-plus yards into the end zone.

That set up the dramatic finish.

Hable completed 24 of 36 passes for 360 yards and four touchdowns.

“Garrett Hable was phenomenal tonight,” Moore said. “He was very accurate. I’m extremely proud of his effort. He didn’t really feel well all day but he came out and played his guts out and I think our whole team did.”

Rivette completed 17 of 31 passes for 419 yards and five touchdowns.

Sneed caught nine passes for 292 yards and four TDs, including a 49-yarder for the Tide’s first touchdown.

“I told him when we walked through the line I’m so stinkin’ glad he’s a senior,” Moore said. “That kid can run. You could put me on a rocket ship and I couldn’t run that fast. That kid can go.”

Benton’s John Westmoreland had seven catches for 167 yards, including a 25-yard TD.

Adams had nine catches for 77 yards. Jermaine Newton had another solid game with 61 yards rushing and 54 receiving.

Clayton Festavan caught a 3-yard TD catch and Chauncey Taylor scored on a 3-yard run in the first half.

“I thought the best play we had all night was the fade to Festavan in the end zone,” Moore said. “He threw it up there and Festavan stayed with it. That was a long, long time to stay focused on the football. That was a great effort.”

Moore’s last sentence could apply to both teams.