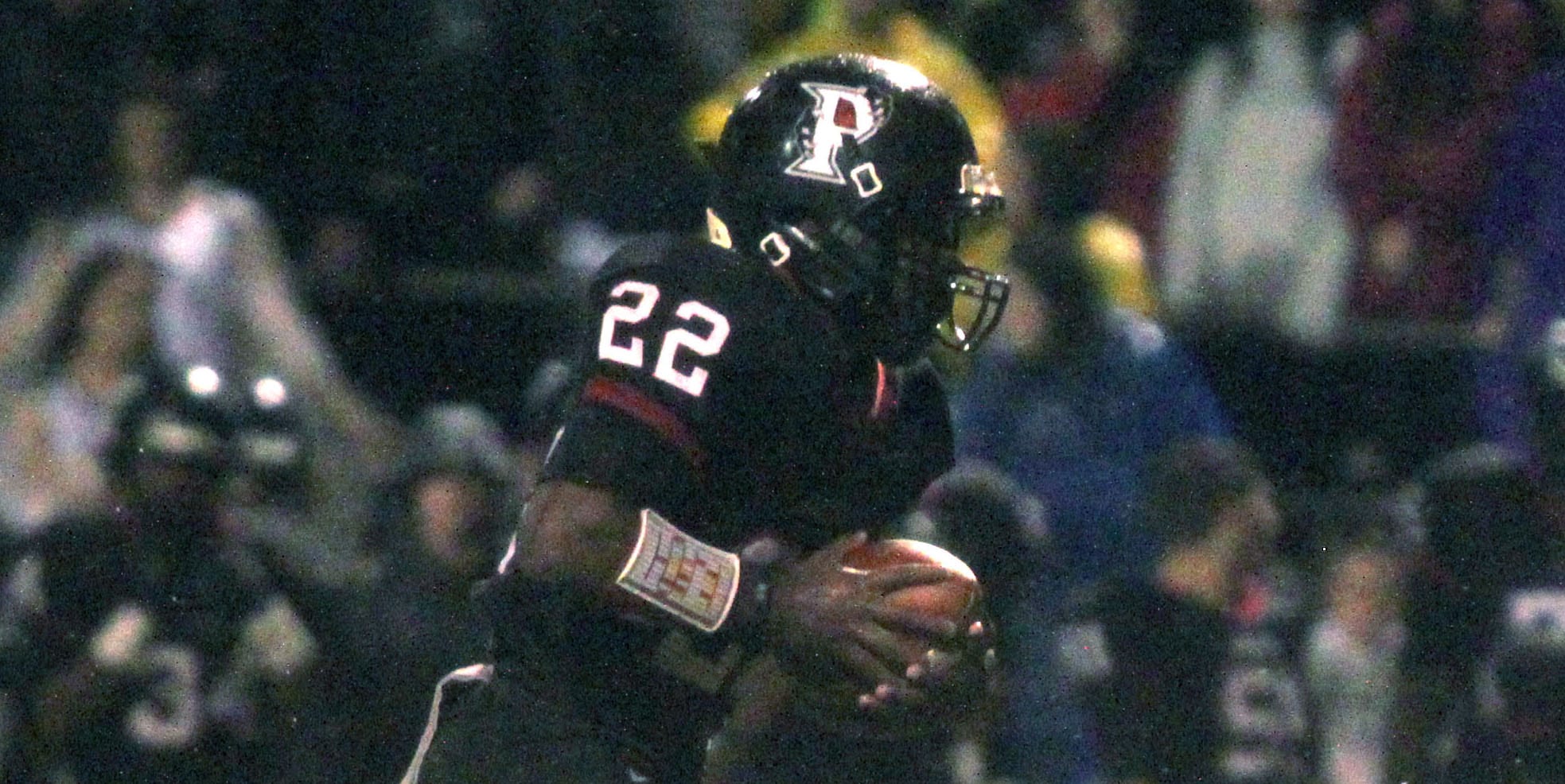 It took awhile, but the Parkway Panthers finally subdued the pesky Haughton Buccaneers 23-7 in a District 1-5A game Friday night at soggy Preston Crownover Stadium.

Heavy rain before the game made for some tough field conditions. There was a steady downpour in the first half before the rain finally stopped.

Parkway, ranked ninth in Class 5A, improved to 7-1 overall and 3-1 in District 1-5A. The Panthers are tied for second with Airline and Byrd, one game behind Evangel. Haughton, which lost its third straight, dropped to 5-3 and 1-3.

Parkway outgained Haughton 416-195, but the Bucs stayed in the game until midway in the fourth quarter.

The Panthers came into the game averaging 41 points per game, but head coach David Feaster said the field conditions weren’t really a factor.

“Haughton was really good,” he said. “They did some things to hurt us on both sides of the ball. A lot is going to be said about what if it wasn’t muddy, what if we’d been on a dry field. But the truth is that it would have been a very good ball game either way.

“Very happy with the guys effort tonight. It was a different type of ball game. I thought we did a good job of not turning it over very much and handling the environment and all that other stuff. They did the same thing. If they would’ve turned it over a few times in the first half we could’ve jumped ahead of them, but they never did.”

Haughton scored on its opening drive, taking over at the Parkway 37 after forcing a punt. The Bucs converted a fourth-and-2. Quarterback Darius Brooks ran up the middle for the touchdown from seven yards out, pushing through several Panthers for the last couple of yards.

Nico Broadway’s PAT made it 7-0. But that would be it for the Bucs.

“We feel our defense really played well tonight,” Feaster said. “It was key to stop them, particularly the run game in the rain in the first half and all that. But in the second half we did a better job with the pass, too.”

Haughton had its chances. A 43-yard run by Antonio Woodfork set the Bucs up at the Parkway 35 in the second quarter with the game tied at 7.

After converting a fourth-and-5, Haughton had a first down at the 23. But Kyler Marrus and Greg Jones stopped Haughton backs behind the line of consecutive plays.

Ryan Black broke up a pass on fourth-and-17 and Parkway took over at the 30.

The Panthers drove 70 yards for a touchdown to take the lead for good. Keondre Wudtee passed to CJ Morgan for 36 yards to the Haughton 30. Four plays later Morgan went around right end 19 yards for the TD.

Antonio Woodfork blocked the PAT and Parkway led 13-7. That’s how it stood at the half.

With Haughton still trailing 13-7, Duncan Smith picked off a Wudtee pass at the Parkway 42. But the Bucs turned it over on downs on an incomplete pass on fourth-and-3.

The Panthers finally got a little breathing room when Harrison Hopkins kicked a 28-yard field goal with 11:12 left in the game. Terrace Marshall had a 26-yard catch and Wudtee a 31-yard run on the drive.

Morgan rushed for 64 yards on 11 carries and scored two TDs, including a 13-yard run in the first quarter.

Kei’Untre Normandin led Haughton on the ground with 49 yards on nine carries. Pryce Curry, who came in at quarterback for a few second-half series, completed three passes for 61 yards.

Kynan Hayes had two catches for 40 yards, and Woodfork had two for 35.

Lloyd Cole and Semaj Tarver were in on 12 tackles each to lead Parkway’s defense. Black was in on seven. Derious Bradford had an interception.

T’Marquiese Winfield had seven solo tackles and two assists to lead Haughton. Harrison Voight had five solos and one assist. Woodfork had five solos. Smith and Matthew Davis had interceptions.