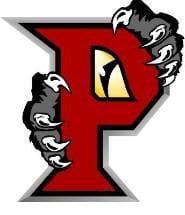 The Parkway Panthers advanced to the semifinals of the Class 5A state football playoffs with a 49-34 victory over previously undefeated and No. 3 seed Destrehan on Friday night in Destrehan.

Parkway will be looking for its second trip to the ‘Dome in the last three years. The Panthers reached the title game in 2013 but were ineligible for the playoffs in 2014 because of LHSAA sanctions.

Parkway has now beaten the 2014 state champion (Acadiana) and runner-up in consecutive weeks.

Destrehan finished 11-1. The Wildcats had won 24 straight on their home turf dating back to the 2012 season.

It was a crazy game in which the teams combined for 1,126 yards total offense, according to Parkway statistics. The Panthers had 444. The Wildcats had a whopping 648, but Parkway forced seven turnovers.

Parkway led by 21 points in the third quarter before Destrehan rallied to within one.

Penalties hurt both teams. Parkway had two touchdowns erased by penalties. Destrehan was penalized 18 times for 143 yards, but the Wildcats were able to overcome some of those.

Parkway quarterback Keondre Wudtee completed 23 of 37 passes for 404 yards and four touchdowns with one interception. Wudtee didn’t have a lot of rushing yards, but he made some big plays by evading a strong Wildcats rush.

Destrehan’s Kohen Granier completed 34 of 54 for 453 yards and five touchdowns but was picked off four times, including an 86-yard Pick Six by CJ Morgan that gave the Panthers the 49-34 lead with 1:32 to play.

Colten Nicholas, Malcolm Banks and Derious Bradford also had interceptions. Bradford’s came on the final play of the game.

Parkway sophomore receiver Terrace Marshall had a huge game, catching six passes for 164 yards and two touchdowns, including a leaping reception on fourth-and-goal from the 7 that gave the Panthers a 41-34 lead.

Marshall had a 42-yard reception on the first touchdown drive capped by Robert McKnight’s 2-yard run. He scored the Panthers’ second touchdown on a 76-yard reception. Marshall raced down the sideline past a Destrehan defender and caught a perfectly thrown Wudtee pass in stride.

Marshall had back-to-back catches of 30 and 23 yards on Parkway’s first touchdown drive of the second half. The Panthers converted a fourth-and-2 at the 29 when Destrehan jumped offsides. McKnight scored from a yard out on third-and-goal.

Morgan caught seven passes for 96 yards, including an 8-yard touchdown. He had a 22-yard run on Parkway’s first TD drive of the second half.

McKnight had five catches for 86 yards, including a 38-yard score. He scored two other TDs on runs of 2 and 1 yards.

Harrison Hopkins made 5-of-6 PAT attempts.

While Destrehan did pile up the yards, a lot of that yardage resulted in no points because of big defensive plays by the Panthers.

Fifty-two of Destrehan’s yards came on the final drive of the first half that ended with a 33-gain on the final play when Parkway forced the receiver out of bounds at the 12. A 58-yard drive ended with Morgan’s Pick Six. The Wildcats got 57 yards on the game’s final drive.

Nicholas’ interception was one of the biggest plays made by the Panthers defense.

With the game tied at 14, Destrehan stopped a fake punt and took over at the Parkway 29. On second-and-15, Nicholas picked off an attempted screen pass and took it back to the Destrehan 19.

Three plays later Wudtee hit Morgan for the TD from 8 yards out. That was a potential 14-point swing.

Parkway scored two quick touchdowns in the third quarter to extend a 21-14 halftime lead to 35-14. But with the way both teams were moving the ball, no lead was safe.

The Wildcats scored three straight touchdowns to cut the lead to 35-34 with 7:45 left in the game. But a Parkway player got his hand on the extra-point attempt and it was no good.

After a series of penalties on the kickoff against Destrehan, Parkway got the ball at its 40.

On second down, Wudtee hit Morgan for an apparent 60-yard touchdown. But it was erased by a holding penalty in the backfield which moved the ball all the way back to the 20.

On second-and-30, Wudtee passed to Morgan out of the backfield for 23 yards. On third-and-7, he found Marshall for a 14-yard gain. On the next play, Wudtee hooked up with McKnight for a 36-yard gain to the Wildcats 7.

Morgan lost five yards on third down from the 2. But Wudtee lobbed a pass to Marshall in the back corner of the end zone and the 6-foot-3 receiver jumped high and pulled it down for a TD with a defender on him.

The Panthers went for two in order to make it a two-possession game. Wudtee took a short drop and was almost sacked three times. But he found Kendall Brown in the back of the end zone and the Panthers led 43-34 with about five minutes left.

Destrehan moved from its own 22 to a first down at the Parkway 20 with just less than two minutes to play. On second-and-10, Morgan picked off a tipped pass in the flat and raced 86 yards for the TD, putting Parkway up 49-34 with 1:32 left.

Semaj Tarver led the Parkway defense in tackles with seven solos and eight assists. Ryan Black had eight solos and five assists. He also recovered a fumble. Lloyd Cole was in on 12 tackles, Greg Jones 10 and Bradford nine. Jones forced a fumble and Banks recovered one.

Parkway will be taking on a Zachary team that has won nine straight since losing to Shreveport’s Calvary Baptist 42-28 in Week 4. The Broncos have one of the state’s top players in quarterback Lindsey Scott Jr.

Scott, a Syracuse commit, passed for 305 yards and four touchdowns and rushed for 153 and three TDs against Hahnville.