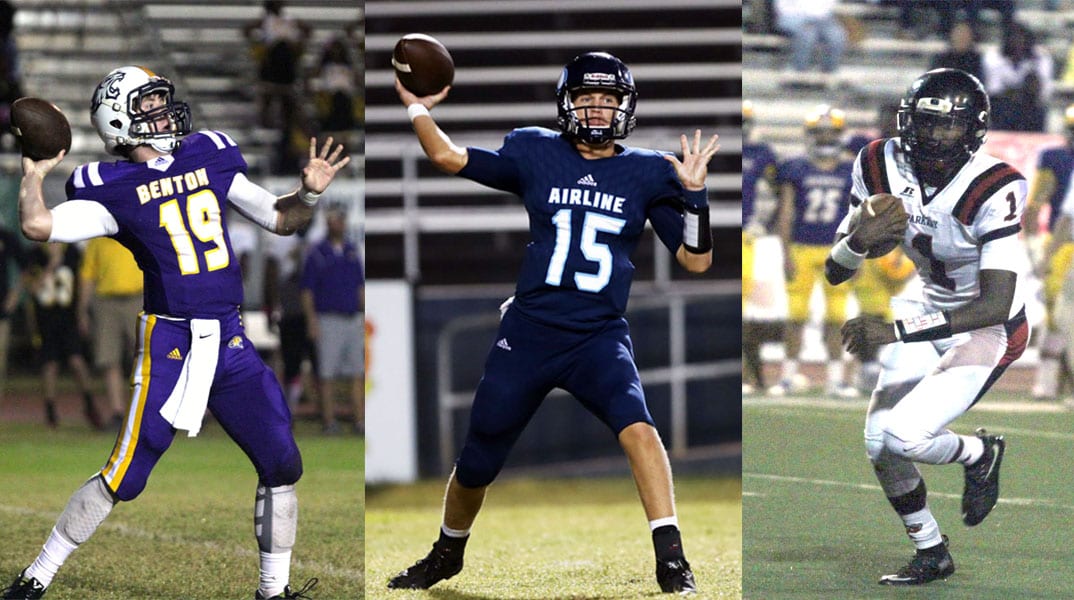 When Bossier Parish high school football teams take the field this fall, all but two will have a quarterback with at least some experience.

And when you talk about experience, you have to start with Benton rising senior Garrett Hable, who will be the Tigers’ full-time starter for the third straight year.

Hable came off the bench and led Benton to a memorable 24-18 come-from-behind victory over Fair Park in Week 6 of his freshman season and has had the job ever since.

He is 25-7 as a starter and should finish his career with well more than 30 wins.

In the last two-plus seasons he has passed for 6,379 yards and 64 touchdowns. He has also rushed for 892 yards and 16 TDs. Barring injury, he should finish his career as one of the most prolific passers in Bossier Parish history.

Haughton and Bossier will have new starters. Cameron Townsend looks to be the heir apparent to Pryce Curry at Haughton. Isaiah Wallace looks to take over for three-year starter Keimun Daniels at Bossier.

After a spectacular junior season, Rogers, the 2016 All-Parish Offensive MVP, has gotten a lot of attention.

Fream passed for 1,443 yards and 16 TDs in the regular season as a sophomore and should be much-improved.

Despite limited time as a starter, Washington-Carper passed for 407 yards and four TDs last season. In the Lions’ spring scrimmage against Lakeside, he passed for 346 yards and five touchdowns.

While there is plenty of experience at quarterback, the same can’t be said about receiver.

But the only other returnees that had more than 300 yards or more receiving in the regular season are Benton’s Legend Denler, Haughton’s Emile Cola and Parkway’s EJ Williams, who was as much running back as receiver.

Marshall caught 46 passes for 1,093 yards and 14 TDs despite facing double coverage much of the time.

Both were named first-team All-State.