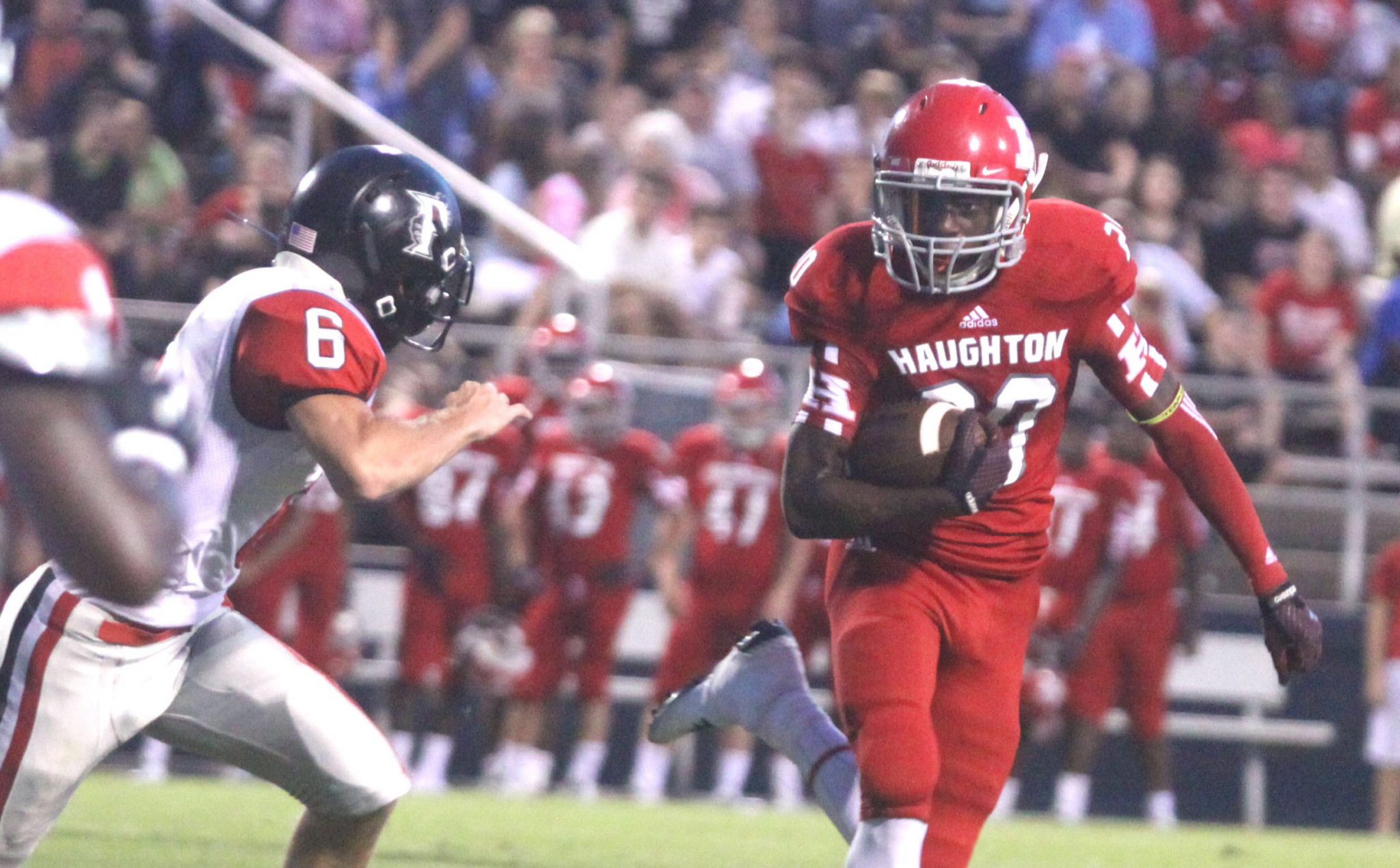 The preliminaries are over. It’s time to get down to business for Bossier Parish high school football teams.
The season opens Thursday night with two games — Parkway at Calvary Baptist and Plain Dealing vs. Green Oaks at Northwood’s Jerry Burton teams.
The four other parish teams play openers Friday. Airline visits Bossier, Benton hosts Sterlington and Haughton hosts Woodlawn.
Last Friday’s Bossier Parish Lions Club Jamboree didn’t provide much of a preview for parish fans.
The jamboree was called at the half of the second “game” between Parkway and Haughton because of lightning and heavy rain. Only Bossier and Plain Dealing got to play two 12-minute periods. Benton and Airline didn’t get on the field at all.
If the jamboree did show anything, it’s that Plain Dealing quarterback Logan Allen will once again be a player to watch this season.
Not only did Allen throw two long touchdown passes to Isaac Jacobs in the Lions’ 28-14 victory over Bossier, he returned an interception for a touchdown and recovered a fumble.
The Lions were routed by Green Oaks last season, but I don’t expect a repeat. It should be a close contest and could be decided by how well the Lions’ conditioning holds up late.
The Parkway-Haughton jamboree “game” didn’t last long, but there was some excitement.
Both teams moved the ball but neither offense scored. The only TD was a 22-yard interception return by Parkway’s Kaleb Monroe.
New Parkway quarterback Keondre Wudtee had some nice completions to Artavious Lynn and Stacy McCray. Running back/receiver William McKnight also was impressive.
Haughton’s Quentin Brown stopped Parkway’s first drive with an interception.
The Bucs drove to the Panthers 3. Senior quarterback Will Haines completed passes to Antonio Woodfork, Josh Lister and Javonte Woodard. But the Panthers broke up a pass in the end zone on fourth-and-goal.
Parkway’s game against Calvary is one of the most anticipated openers in Northwest Louisiana and should draw a large crowd to Jerry Barker Stadium.
It matches last season’s Class 5A runner-up and Division III state champion.
Last year, the Panthers got off to a fast start and crushed the Cavaliers.
With big-time recruits like quarterback Shea Patterson and running back Orlando Bradford (Arizona commit) returning, some consider Calvary the favorite this year.
I don’t. Parkway has plenty of offensive weapons at its disposal, and new quarterback Keondre Wudtee has the potential to be one of the best in the area.
Bossier showed improvement in the jamboree over its scrimmage against Red River, scoring twice against Plain Dealing.
But having a slew of two-way players could cause problems for the Bearkats against Airline, which probably won’t have any.
It will be interesting to see how Airline sophomore quarterback Noah Hildebrand does in his debut. The Vikings bring a lot of experience to the table on both sides of the ball.
Haughton routed Woodlawn last year and there’s a good chance it could happen again. Your going to have to have a very good defense to hold the Bucs to less than four or five TDs a game this season.
Sterlington edged Benton in Reynolds Moore’s debut as head coach last year. A Class 2A school, the Panthers finished 8-4 last season and should have another solid team.
The Benton defense should be improved. The game could come down to how well the Tigers offensive executes under new quarterback Christian Smith.