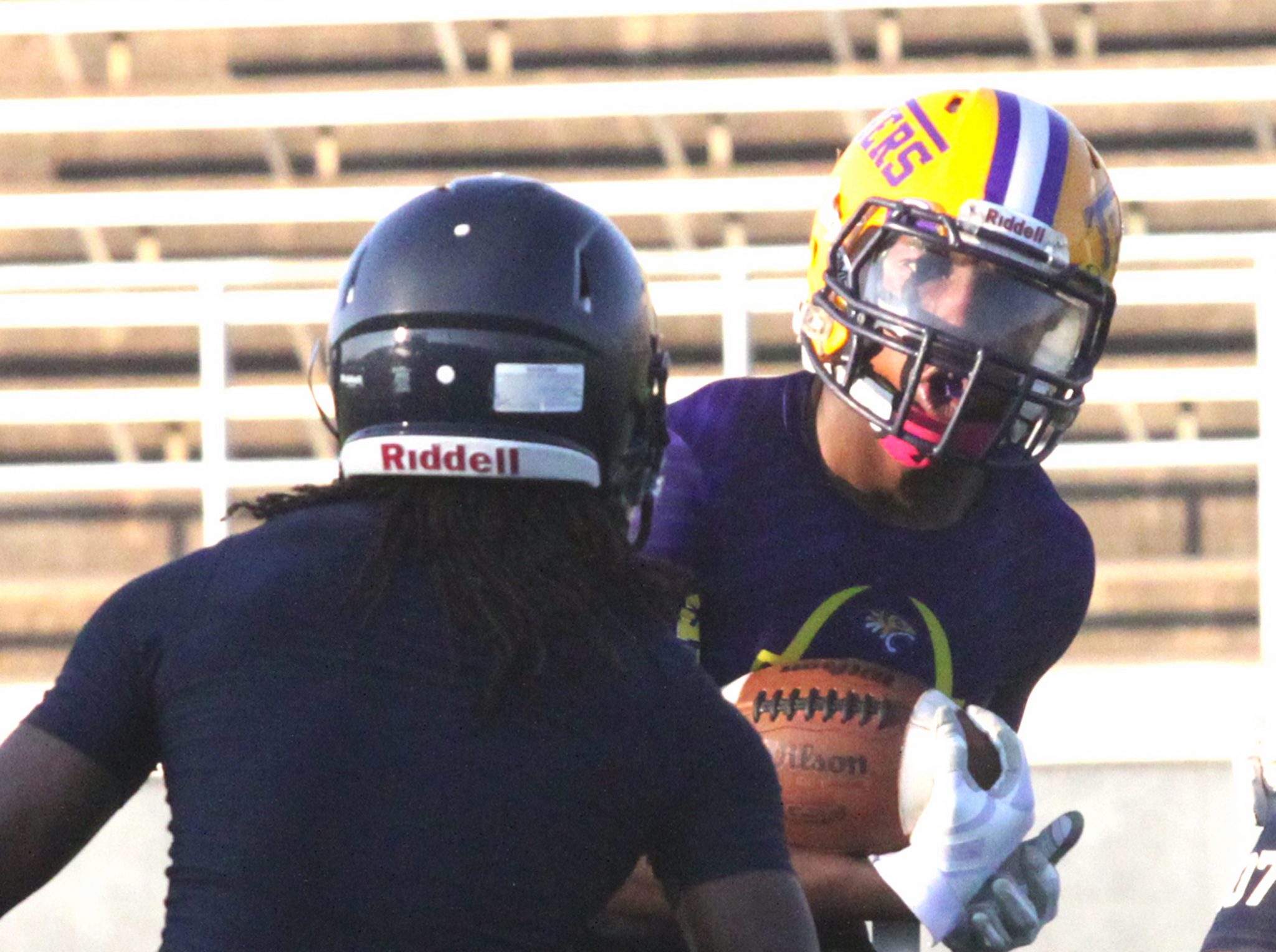 School’s out for summer, and than means Bossier Parish high school football teams are busy getting ready for the fall.
The annual Bossier Parish Lions Club Jamboree is less than three months away.
For most football players, summer means morning workouts almost every day.
Also, in what has become a rite of summer, most parish teams play 7-on-7 games once a week.
Tuesday at Airline Stadium, Airline, Benton, Louisiana New Tech at Plain Dealing and Minden competed in a three-game round robin.
No official score is kept, but that doesn’t mean the games aren’t competitive.
7-on-7 football, which has been popular for more than a decade now, is all passing. It helps teams work on that aspect on the game as well as pass defense.
It’s supposed to be non-contact with two-hand touch for tackling, but plenty of players hit the ground Tuesday.
Some of that was the result of players diving for passes. Naturally aggressive play was also a factor.
The 7-on-7 games are usually played through July.