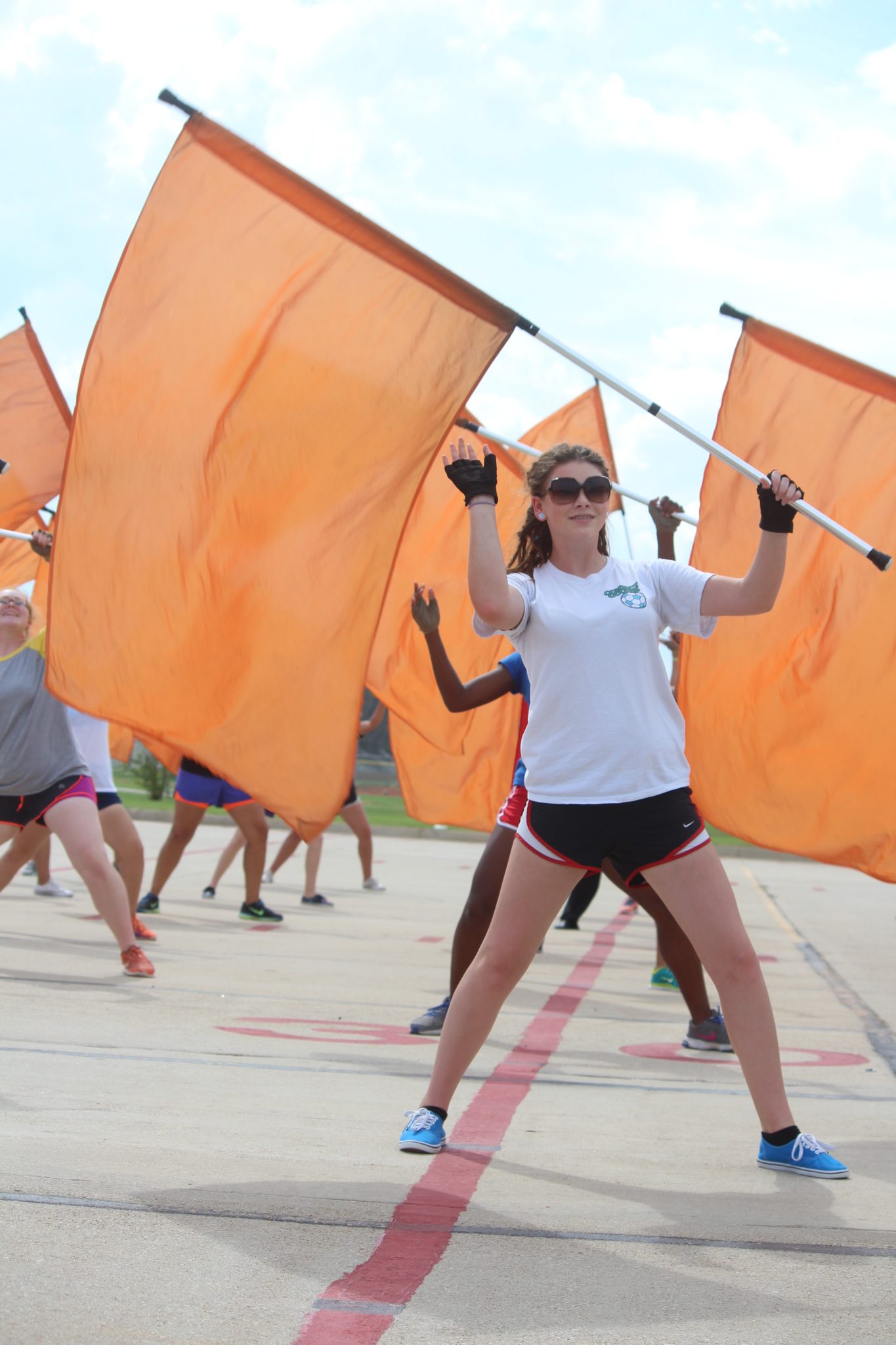 Hope Spaw was a sixth grader the first time she saw the Pride of Pantherland marching band perform.

“I was amazed at what they could do,” she said. “I told myself I could never do it, but I knew I really wanted to be part of that group.”

Like Spaw, Joshua Henry was blown away by the group’s powerful performance.

“My brother was in the band so I would go to the [football] games and watch them,” Henry explained. “It always looked like fun, but then they would hit the really big notes and I knew I wanted to be part of that.”

Little did they know that they would, in fact, become part of the group, leading the band as drum majors and carrying on the band’s tradition of excellence as seniors.

“There’s a high standard of excellence to meet,” Spaw said. “As head drum major, I ultimately want to serve the band with the gifts I have and also be a positive influence to others so they can be the best they can be.”

The 194 member marching band continues to build on the legacy that all started four decades ago.

The history of Parkway’s band program dates back to 1963 when Frank McLain Hess was asked to start a music program. Mark Minton, current director of bands at Parkway High School, said the program has been a staple in south Bossier ever since.

Minton, now in his 18th year as director, said the group not only strives to continue the tradition of excellence, but improve on all elements of the program each year.

“I am extremely proud of them. They have a fantastic work ethic,” Minton said. “I’m very pleased with the direction this group is heading.”

Members of the Pride of Pantherland have been working hard through the summer on their halftime show, El Toro, in preparation for the 2014 marching competition season. The show is one that, Minton said, was chosen because it highlights the strengths of the group.

“The Latin theme really plays well with the talent we have this year,” Minton said. “We have a particularly strong senior class and we have strengths in the trumpets, french horns and woodwinds area. Due to that, a Latin show lends itself to those sections.”

Henry said the show is a “throwback” to the 2007 marching band season, one that he’s excited about.

“It’s a Latin show so it’s high energy and in your face,” he said. “It’s a great show, but it’s also a tough show. It will be awesome to see it all come together with the kinks worked out.”

The Pride of Pantherland participates in numerous competitions throughout the year. This fall, the marching band will compete at the Northwestern State University marching contest and the McNeese State University marching contest in November and will host the Parkway Marching Contest on Saturday, Oct. 18, at Preston Crownover Stadium in Bossier City. The annual Parkway contest not only attracts local marching groups, but bands from as far as south Louisiana, Arkansas and Texas.

In the spring, the Parkway concert band will be traveling to Tennessee for a competition. Spaw said she’s most looking forward to seeing the band grow throughout the season and seeing the group’s full potential shine through.

The term she used for it was ‘delayed gratification.’

“You don’t necessarily see the end results now, but you continue to work hard towards your goal because you know the benefits will be there,” Spaw explained. “It will all pay off in the end.”

Minton feels like the group will do well this competition season. He attributes the group’s success to a hardworking, dedicated group of students and staff as well as a supportive south Bossier community.

“Our mission is to promote excellence through unity, hard work and determination,” Minton said. “I feel very blessed by God that I am be able to work with this great group of kids every day. I am also very thankful for the support from this school, the school administrators and the community. It’s an honor for me to do this.”